Carl Marsh catches up with Philippa Stefani – Playing Gloria Estefan in On Your Feet at WMC! 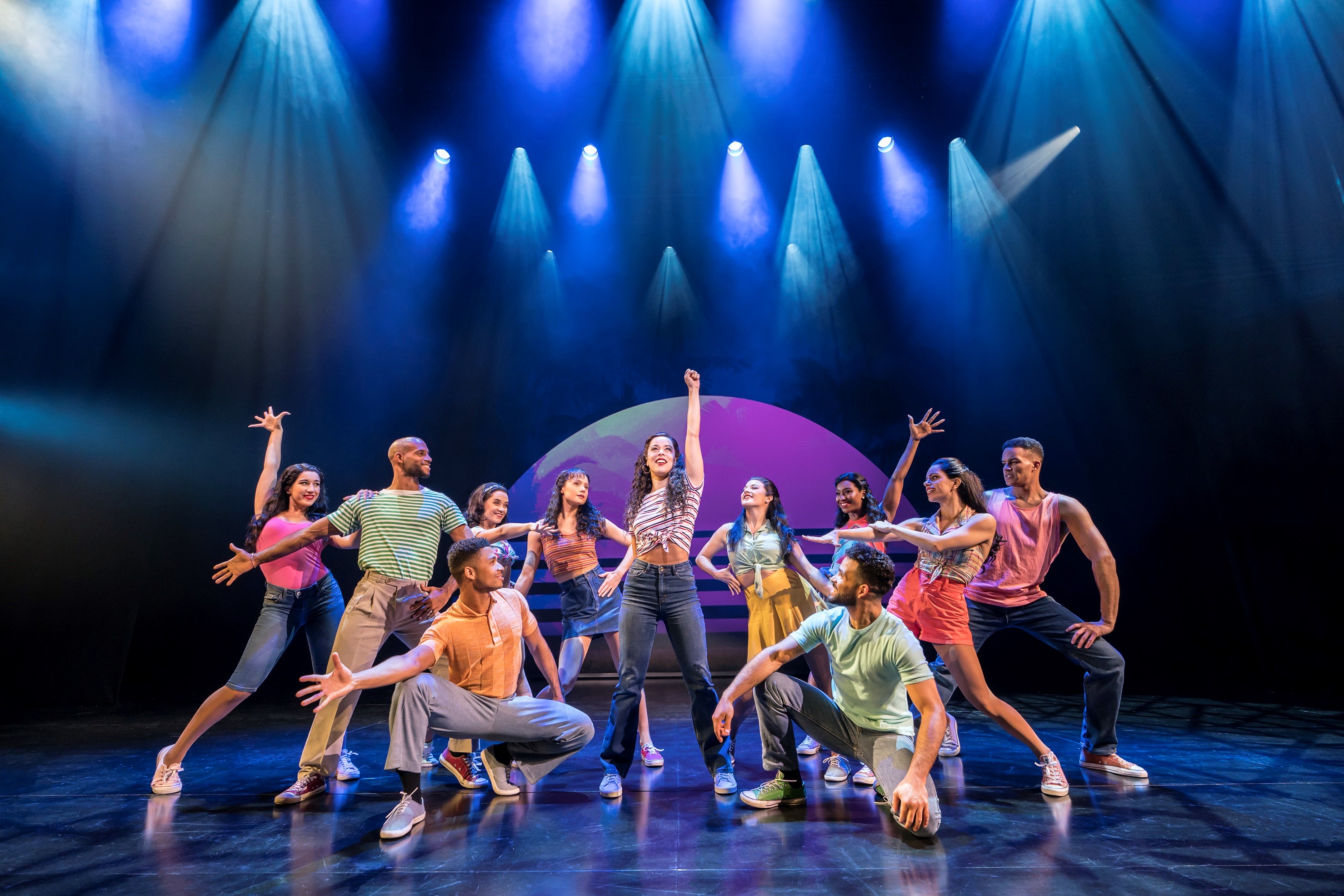 How did you set about preparing to portray such an iconic figure that is Gloria Estefan?

Yeah, yeah, well, we had the absolute luxury and blessing to have Gloria with us during rehearsals back in April. So I was able to, and as she was so open, to sit down with her and talk. We also talked about the role, spoke about the story and talked about how the songs come in and out of the journey. So that was, you know, a blessing. So I was just able to sit down and chat with her about things that I just wanted to query and explain. So that in itself was just amazing. And also within the show, I have to play the piano and the guitar. So you know, I had time with the band to just kind of get used to that and how the guitar sits and what chords I need to learn. So during the rehearsal period I was very, very lucky to have Gloria for one for sure. Also, to have the time to get used to the instruments to make the role as authentic, and as real as possible.

This must be quite daunting having her around when you are to portray her?

Yeah, yeah, I mean, you’d think but not at all. And that says everything about her. I mean, probably the most daunting part of it all was when I was auditioning for the role. And it was kind of we’re going to the finals, and maybe around six or seven. And I said, Oh, Gloria is going to be in the room today. And I was like, “What? Say what now?” And also you can’t overthink things like that because when you get into the room, you have to you know, you’ve got a job to do. But from the very start, she just put me straight at ease. And you know, and I will always remember this. She just said to me “Look, I don’t want you to do me. I don’t want you to be a carbon copy. I need you to do you and ‘sing’ to me. And I was like “OK cool, and I can do that!” So from the get-go, it  wasn’t daunting at all. And that says everything about her.

But did you sort of plan in advance? You know, by listening to her music constantly?

Yeah, yeah, absolutely as she has an iconic style. And the way that she sings and also the style of the music I’d never kind of portrayed before. So preparing was just Buzz, buzz, buzz, buzz, buzz all of her songs I had prepared for the audition and all the stuff that’s in the show that I didn’t know as well, to get a feel for it all.

What do you hope to bring to the role of Gloria?

Well, from the start, Gloria said to me, “Look, I don’t want you to do a carbon copy. This isn’t, you know, a tribute show. This is the story of Gloria and Emilio. So I need you to bring your flavour and your interpretation as long as you’re honest and truthful with the story”. And that’s all she wanted, which again from the get-go, so I can do that. I can do that. I’ll bring my version of it as honestly and openly as possible, but there are elements of me in there, for sure.

Philippa Stefani – Playing Gloria Estefan in On Your Feet! Musical at WMC until 26th October 2019