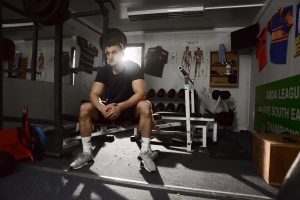 Seeing as it’s St David’s Day, then why not spend an hour of it tonight watching Wales’s rugby legend Sam Warburton’s documentary, which airs tonight at 9 pm on BBC One Wales.

Often referred to as one of the nicest people ever to grace the rugby field, Sam Warburton retired from the game that he loved, and still does, at the age of 29. This documentary allows us access to what made Sam make that decision. By watching this show, you will come away knowing that it wasn’t a decision taken on a whim, Sam explains that his body couldn’t cope with any more pain, and we get to hear of the injuries that made that decision for him. When we ‘the public’ are looking in, especially when Sam was playing, we only get to see the theatrics of the players walking into a stadium, the singing of the national anthem, the winning (or losing) of games, but what we don’t see are the damages done to the players, both physically, and emotionally. And the recuperation and rehabilitation after an injury really does take its toll on the mental wellbeing of any player. Sam opens up about the time when he was just out in the garden bouncing on his young daughter’s trampoline, and the pain he felt in his body whilst bouncing, and the word he shouted out! He is more concerned about the words he used but says the pain was that intense, he just had to swear, and a good job she was too young to understand. The show offers an access-all-areas look into Sam’s world, and it is one where a close family bond has been key to his career. We get to meet his mum and dad, his twin brother, his sister, even his old school P.E. teachers, but most importantly we get to meet his wife Rachel and his daughter and let’s not forget Sam’s first child (his words), the dog that is Ledley. 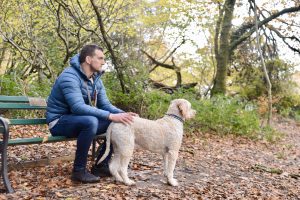 The documentary is made by Nimble Productions and directed by Stewart Sugg, and it was he who met Sam, had a two-hour meeting to talk about Sam allowing them access to make this show, and for Sam to proceed to demolish a whole packet of biscuits, and Sam said this was a positive thing. Sam said that within minutes of meeting Stewart and his team; he knew they would do an excellent job, as he was very unsure before the meeting. Thanks to Stewart and all those at Nimble Productions, this got made. 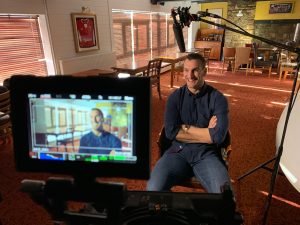 I can’t think of any other better way to end St David’s Day than to watch this masterclass documentary. By watching this, you will fall in love with this guy even more, for everything that he did, and for everything that he will do, as remember, he has so much more to give, even if it doesn’t mean seeing him run around a rugby field on match day.