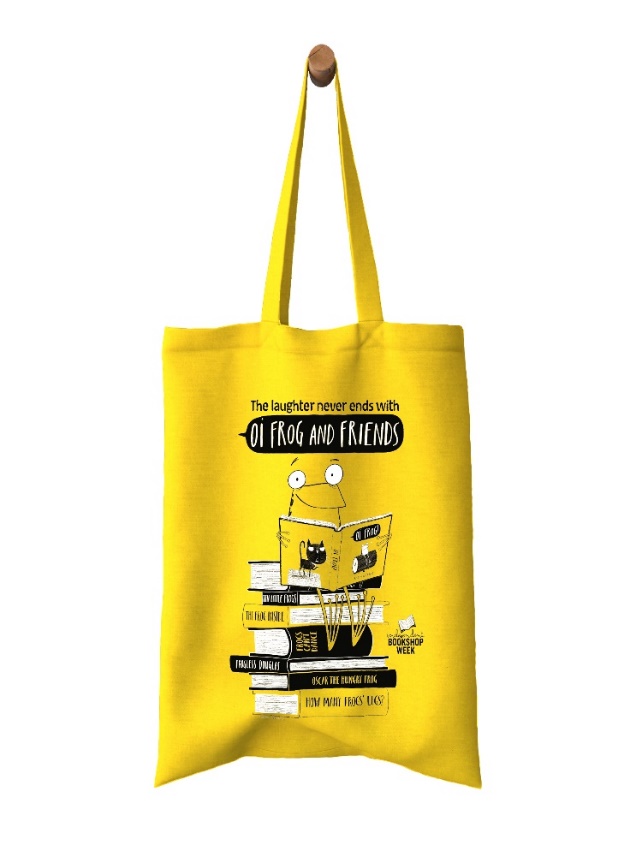 London: Plans for Independent Bookshop Week 2019 (15-22 June) have been revealed, including author tours and special events, illustrated windows, limited edition and early book releases only in indies, prizes – and much more.

Celebrating independent bookshops, and their vital importance to communities across the country, Independent Bookshop Week (IBW) events will be taking places at bookshops across the UK and Ireland, with 442 bookshops taking part.

Jo Brand will be visiting City Books (Hove) at 7pm on 20th June to discuss her new book, Born Lippy; Yasmeen Ismail will be at Storysmith (Bristol) on 15th June; Catherine Bruton will launch No Ballet Shoes in Syria at Mr B’s Emporium of Reading Delights (Bath) on 20th June, to mark the coinciding of Independent Bookshop Week and Refugee Week; Shane Hegarty will be at the Gutter Bookshop (Dublin) on 19th June to talk about his brand new book for young readers, Boot; Lauren Ace and Jenny Lovlie (The Girls) are doing an event at Cover to Cover (Swansea) on 15th June; Joseph Coelho will be at Pickled Pepper Books (Crouch End, London) on 20th June.

Megan Hallett will be taking about her book The Happy Balance with recipe testing at BrOOK’s Bookshop (Harrow) from 6:30pm on 18th June; Mary-Ann Ochota will be doing a visual talk, Q&A and signing of Hidden Histories: A Spotter’s Guide to the British Landscape at Steyning Bookshop (West Sussex), followed by a guided walk at Chanctonbury Ring the following day; Catherine Doyle is doing school events with Nomad Books (Fulham) on 19th June and The Bookcase (Chiswick) on 20th June; Jim Whalley and Stephen Collins will be launching Baby’s First Jail Break at Read (Holmfirth) on 22 June; Sam Copeland and Sarah Horne will do an after-school book signing at Book Nook (Hove) on 18th June; and Kirsty Wark will be at Booka Bookshop (Oswestry) at 7:30pm on 18th June discussing her new book The House by the Loch.

Inspired by the much-loved Oi Frog and Friends series (Hachette), the bestselling rhyming stories with laugh-out-loud illustrations, the IBW Children’s Bags feature Frog happily sitting on a book (and not on a log). The series is written by Kes Gray and illustrated by Jim Field.

The bags will be available exclusively from independent bookshops during the week of the campaign (15 – 22 June 2019), as part of the annual celebration of the role of indie bookshops across UK and Ireland.

Jim Field said: “Oi am very hoppy to have created this year’s Children’s Tote Bag. Independent booksellers have been great supporters of the Oi series. It’s fab to be part of IBW and give something back to these dedicated and passionate booksellers.”

Meanwhile, Faber is releasing early exclusive editions of Robert Hillman’s The Bookshop of the Broken Hearted, the Poetry Diary, and Liberty Poetry Diary 2020, only in indies. And Macmillan is releasing a mini poetry booklet, Poems to Keep in Your Pocket, featuring some classic poems from the Macmillan Collector’s Library, for indies to give away to customers, and is running a number of promotions, including special offers on Runaway Robot, various summer reads offers, and more.

Throughout IBW, the Booksellers Association will be shining a light on the work that independent bookshops do for their communities and how vital they are to our high streets. The BA will be sharing bookshops’ stories; how each bookshop is unique, how booksellers became part of the bookselling world and tales from the shop floor. Bookshop stories from across the UK will be revealed on the @booksaremybag Instagram with the hashtag #BookshopHeroes.

Meanwhile, Liz Fenwick is doing a London Bookshop Crawl and Erica @BookshopBlogger will be doing an East Anglia bookshop crawl, with bookshops to be confirmed, with the hashtag #BookshopCrawl

Emma Bradshaw, Head of Campaigns at the Booksellers Association, said: “Independent Bookshop Week is all about book lovers coming together to celebrate the importance of indies on our high streets, and it’s deeply heartening to see so many authors and publishers showing their support.”