Penarth and District Scouts are about to have a change of leader. The current District Commissioner, Julian Jordan, has taken on a new role as Area Commissioner of Cardiff and Vale. Julian has been District Commissioner in Penarth and District for 8 years. In that time he has led the Penarth District though a massive growth period with the membership of adults and young people doubling to over 700 members today. Julian said, “I’ve enjoyed every minute of being District Commissioner, it has been a great challenge, and to see the young people getting so much out of Scouting is what it’s all for.” Julian’s new role is to support over 4500 members across the 2 counties of Cardiff and the Vale of Glamorgan. He said “my new role is more at a strategic level than hands on, working to set the direction for Scouting locally, looking 3 to 5 years in advance and planning for the new housing developments being built all around us. Ensuring Scouting is there available wherever you live.” 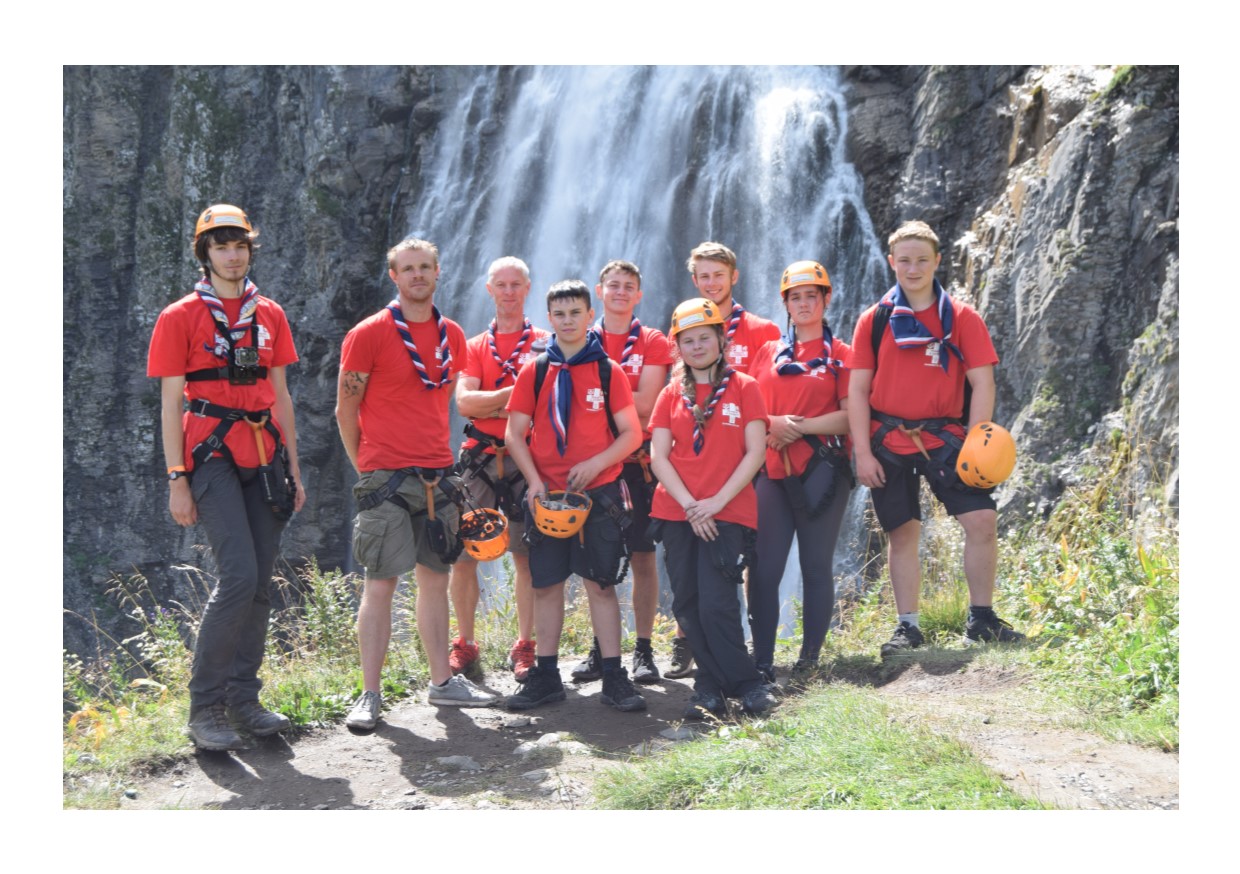 ‘Fun in the Alps for both young people and adults’. Julian and Carl (2nd on left) formed part of the leadership team that ran the District’s international trip to Kandersteg, Switzerland during August.

Over the summer the search has been on for a replacement for Julian as District Commissioner in Penarth and the surrounding District. Carl Rogers, the current District Cub Leader (Cubs section aged from 8 to 10.5 years old), has been appointed to take on the role from 23rd September. Carl comes with the experience of volunteering in the District for the past 18 months, and was a Scout Group manager in Cardiff for 4 years prior to that. Carl said “I’m very proud to be taking on this role; to lead, support and inspire so we keep growing this amazing District, ensuring even more young people experience our adventures and gain skills for life.”

Both say the major challenge for Scouting going forward is finding enough adults to support the young people’s demand for Scouting. Scouting runs for both boys and girls aged 6 to 25 years old, yet many groups currently have young people on waiting lists as the leader to scout ratio can’t be balanced. There are many different ways in which adults can support their local Scout groups, from volunteering weekly as part of leadership teams and running section meets to supporting in the background as either a trustee or supporter. Scouting volunteer roles are open to all from 14 to 80 plus! So if you can help, or you know someone that might be able to, please get in touch: scouts.org.uk/get-involved or call 0345 300 1818