Congratulations have poured in from celebrities including Catherine Zeta Jones and Luke Evans, as well as from many businesses, for the winners of the Child of Wales Awards 2020.

There are twelve categories of awards which recognise inspiring young people and organisations whom have demonstrated remarkable courage and achievements.

The Child of Wales winners would normally be unveiled at a star-studded awards ceremony at the Celtic Manor. The event, originally scheduled for April, has twice been postponed due to COVID-19. The organisers now hope to run the event in April 2021, but they did not want to keep the children waiting any longer to celebrate their achievement.

The families and young people were told of their achievement on Thursday, October 29. They will all be treated to a holiday at Bluestone National Park Resort with their families when they are able to visit and will be attending a rearranged gala awards evening now taking place on April 9, 2021 (COVID-19 permitting).

Two celebrities to offer their support for the winners, and the Child of Wales Awards as a whole, were Hollywood A-listers Catherine Zeta Jones and Luke Evans who both recorded a video paying tribute to the children and supporting the event for use on the night. The video announcement of the winners can be found here: https://youtu.be/f3fHJb-o-fs

The Child of Wales has donated £5,000 to each of the charities it is raising money for in recognition of the challenging times they are enduring as a result of the COVID-19 pandemic and lockdown. Its charities are: Teenage Cancer Trust, Dreams & Wishes and the National Society for the Prevention of Cruelty to Children (NSPCC). 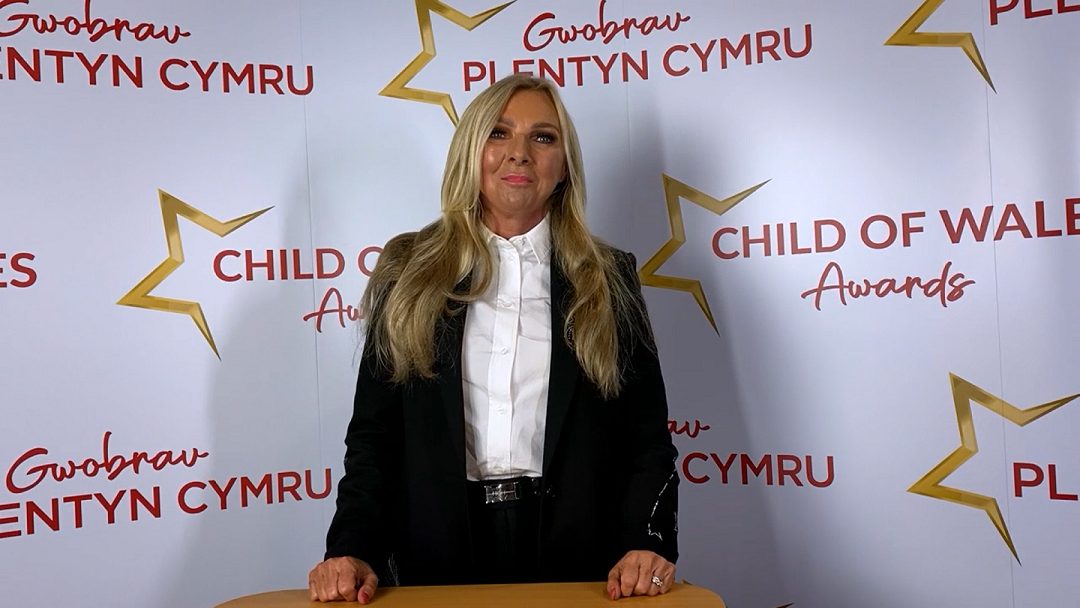 Blanche Sainsbury, the founder of the event, said: “The past six months, we have been forced to cancel our showcase event twice, it has been very frustrating for many reasons. But one of the biggest has been that we have been unable to unveil the finalists and tell their wonderful stories.

“When it became clear that the event would again be cancelled, we took the decision that we could wait no longer to showcase the incredible stories of the young people we have been working with and who deserve recognition.

“It is still very much our intention that they have their moment in the spotlight; our winners deserve that and we also want to showcase the work of our charities, while hopefully raising even more money for them, and thank our sponsors who have shown incredible patience and supported us through thick and thin. And I promise that, when it does go ahead, the long wait will be worth it. The evening will be amazing. We intend to finally deliver what we started and what so many people have worked so hard to make a very special event.”

Child of Courage: under 13 years

In November 2018, McKenzie began complaining about a stiff neck and swollen lymph nodes. He was taken to various doctors and eventually diagnosed with nasopharyngeal cancer. Since then, McKenzie has endured five gruelling cycles of chemotherapy and 34 sessions of proton-beam therapy. He has never once complained. Despite the partial loss of hearing due to chemotherapy, McKenzie still remains incredibly brave and his story is an inspiration to all.

Abi has a congenital undiagnosed muscle condition which means the muscles in her body are very weak. As a result, she requires a wheelchair and is tube-fed due to an inability to swallow. Her main goal is to walk independently. She does much for others. In March 2019, Abi organised a Zumbathon and raised £1,220 for research into Huntington’s Disease. She also cut all of her hair off last year and sent it to the Little Princess Trust, which makes wigs for children who have suffered hair loss.

Casey-Jane is a member of the Welsh Youth Parliament and speaks at conferences where she shares her story of overcoming bullying and dealing with severe anxiety. She campaigns for change in the mental health services in Wales after living in fear for many years because of being bullied. Casey-Jane is an inspiration to other young people that may have endured challenging times and is an active supporter of the Barnardo’s Believe in Me campaign.

A remarkable athlete, Lily was swimming at Welsh level in Paralympic trials when she was just 12 years old. She then discovered Wheelchair Motocross. Six months after she started participating in the sport, Lily became the first person in Europe and the youngest person ever to perform a wheelchair backflip. Lily has since won several titles, including Gold in the German Open and she became Women’s World Champion in 2019.

Cerys is a dedicated young harpist who first came across a harp aged six and has loved it ever since. Unfortunately, her peers at school began bullying her for her love of music which resulted in her moving schools. She has many accomplishments including winning the Under 16s Harp Solo in the National Eisteddfod of Wales 2018 when only 10 years of age; she won the Urdd Hap Solo under 12s that same year. She was also first place in the Harp Duet (Open Age Category) in Gwyl Cerdd Dant 2019.

Andrea is 18 years old and one of eight siblings. She came to the UK with her family from Slovakia when she was four years old. As she grew up, she adopted the role of carer for her siblings as her parents couldn’t look after them. She cooked, cleaned, and often went without food so that her siblings could eat. Andrea missed a lot of school to look after her siblings but has never once complained and always exhibits a remarkably cheerful nature.

Sophie was severely bullied at school. With no friends to play with and a keen interest in environmental matters, she would instead spend her lunch breaks litter picking. When Sophie changed schools, she took this interest to a new level. She started an eco-club, which implemented many environmentally positive changes at the school, including new recycling bins. Sophie’s enthusiasm motivated many pupils to join her club and, as a result, they too have learned about how they can make a difference.

Lewis Craven, who has autism, had heard about so-called holiday hunger, whereby some families struggle to feed their children during the school holidays. As a passionate cook, Lewis joined a Lottery-funded scheme called Flourish, run by Cardiff Community Housing Association, which feeds 500 people a week during the summer holidays. The Flourish Summer of Picnics, as it became known, comprised 18 young chefs aged from 15-21 who came together at a commercial kitchen in Butetown to make up picnics and packed lunches for families in need.

Bethan represents an inspirational young person in so many ways. Her mother has four types of epilepsy and has always worked tirelessly to help her father with the challenges they face. She became a qualified karate instructor at 12 and opened her own not-for-profit karate club with the aim of making it more affordable for young people to join. When she isn’t teaching karate, Bethan volunteers for the police. She also sits on the board for the Young Person Commissioner for Wales. And Bethan hasn’t stopped there, as well as maintaining college, Sophie now works at a nursing home and is an assistant leader in the police cadets.

Henry was just five months old in 2012 when he was diagnosed with a rare brain tumour, which required emergency surgery. Two years after Henry finished his treatment in 2015, which lasted six months, his brother Edward was diagnosed with an equally rare and life-threatening form of cancer and underwent treatment for a whole year. It is hard to imagine the devastation this lovely family have felt, yet their positive attitude has remained inspiring and admirable throughout adversity.

Sisters Holly, aged 14, and Emily, aged 12, sadly lost their brother Tom to Acute Myeloid Leukaemia in June 2018 when he was just 13. Since then, the sisters have raised a huge sum of money in his memory for Cancer Research Wales. One fundraising event, called ‘Swim for Tom’, saw over 600 swimmers swim a combined total of 39,000 lengths and raise over £25,000. Tom’s parents and sisters have also raised funds for a research scholarship for Acute Myeloid Leukaemia research, with the total raised approaching a remarkable £120,000.

Based on her own experiences, Emma Lewis identified a need for children to be better supported when they leave the care system. So she founded the charity the Roots Foundation. Thanks to the DIY SOS Big Build programme, the charity has an amazing base in Swansea with apartments where young people are taught how to transition positively into independent living. The Roots Foundation, which is run by volunteers, also provides activities, training, workshops, support groups and coffee mornings.

For further updates on the awards, visit the website: www.nationalchildrenofwalesawards.org