Children Shine in the Cardiff Cup at the Arms Park! 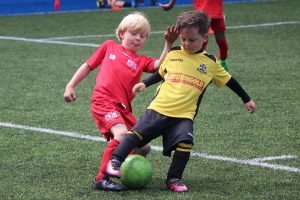 Football fever hit the area as a festival of football hit Cardiff as teams from across Wales, from Penarth, Cardiff, Barry and far afield such as places like Swansea, Ceredigion, Gwent and Pembrokeshire ascended on Cardiff Arms Park the home of Cardiff Blues.

The non competitive festival aimed at U6 to U11 age groups saw over 180 teams and  1952 children taking part in the prestigious football festival played under the FAW mini football rules.

As the children where paraded on the pitch before a ball was kicked as they enjoyed the opportunity to play in one of Wales historic stadiums.

A Cardiff Cup spokesman said ” Cardiff is a city with a proud sporting heritage hosting some of the biggest sporting events in the world for example Cardiff was the venue for the 2017 UEFA Champions league Final. We cant thank Cardiff Blues and the Arms Park stadium enough in allowing us to use their historic 12,000 capacity stadium it was fantastic seeing so many children playing football in a wonderful time for welsh football”

Next season event is on Saturday 7th July 2018 at Cardiff Arms Park to receive an information and entry pack please email: [email protected]