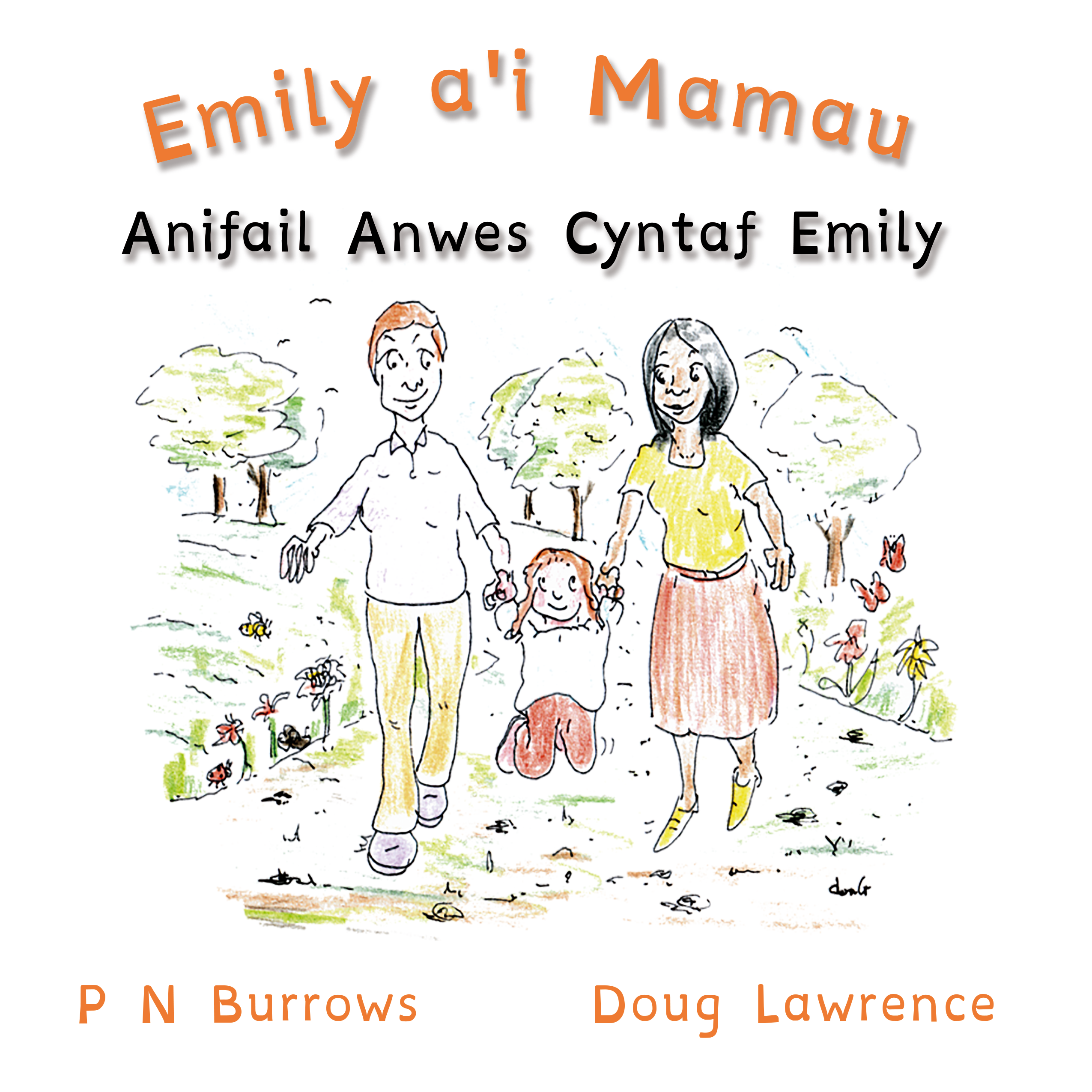 A Wrexham-based author has had his latest children’s book translated into Welsh following increased demand from educational professionals for Welsh language materials.

‘Emily’s First Pet’ written by Phil Burrows is the first in a series of picture books which aim to help normalise same-sex parenting for children.

The English version of the book, which was published and released on Amazon last November, has already been picked up by Stonewall Cymru, an organisation which campaigns for the equality of lesbian, gay, bisexual and trans people across Britain, and  is included in a list of reading literature put together by the organisation to help support teachers addressing such topics in schools.

Now Mr Burrows, who writes under the name P N Burrows, has created a Welsh version of the book ‘Emily a’i Mamau’, which is attracting interest from officers and councillors at Wrexham Council.

The writer has been in talks with the council’s diversity officer Stephen Jones and has been filmed by the authority about the book.

Mr Burrows, who is also the writer behind the popular Sci-Fi collection ‘The Mineran Series,’ switched his hand to children’s fiction after close friend Emma Lane, from cardiff, requested he write a picture book which subtly addresses same-sex relationships.

The 50-year-old, who also runs Wrexham-based website design company Novel Websites, said: “It has always been my intention to publish two versions of the book – one in English and Welsh.

“However, I hadn’t planned on doing the Welsh one quite so soon. It was only after the English version began to attract interest that I realised there was a real demand for Welsh reading materials around topics such as same-sex parenting.

“There appears to be very little out there already which address such issues in a matter of fact way.

“It’s been hard work but with the help of a professional translator I’m really pleased the Welsh version is now available and I’ve had some interesting conversations with the council. I’m hoping to further these with the educational department to see if there may be scope to get the books stocked in schools libraries.

“Stonewall Crymru have also requested a copy of the book and I’m now waiting to hear how they might be able to use the book to support teachers and others within their community.”

Cllr Hugh Jones, Lead Member for Communities, Partnerships, Public Protection and Community Safety at Wrexham Council, said: “Getting children to read and enjoy reading is one thing – getting them to a point where they’re literate and confident in more than one language is another.

“From what Phil has said, his book has already received a great reception among children – so it’s excellent to hear that he’s seen the value of having it translated to Welsh, opening it up to a Welsh-speaking audience and encouraging children to read the same story in more than one language.”

Cllr Andrew Atkinson, Lead Member for Youth Services and Anti-Poverty, with responsibility for Equalities, added: “LGBT+ representation isn’t an issue which is often present in children’s literature, so it’s very good to see a book such as this written by a Wrexham author.”

The book series ‘Emily and Her Mums’ deals with the fact Emily has two mums in a very matter of fact way. The aim of the books is to try and normalise same-sex parenting for children as much as possible.

Mr Burrows said: “We live in very liberal world and families come in all shapes and sizes and this should be reflected more in children’s literature.”

As well as addressing same-sex relationships, ‘Emily’s First Pet’ is also a multicultural book and is printed using a special font which makes it easier for dyslexic children and adults to read.

Both versions of the book, which are available to purchase online at Amazon, have been illustrated by Doug Lawrence and published with the support of independent publisher Team Author UK.

For more information about author P N Burrows and the ‘Emily and Her Mums’ series visit https://emilyandhermums.co.uk. More information about his sci-fi novels can be found at https://pnburrows.com/ and authors looking for an author website can get in touch with Mr Burrows by email at [email protected] or by visiting https://novel-websites.co.uk.