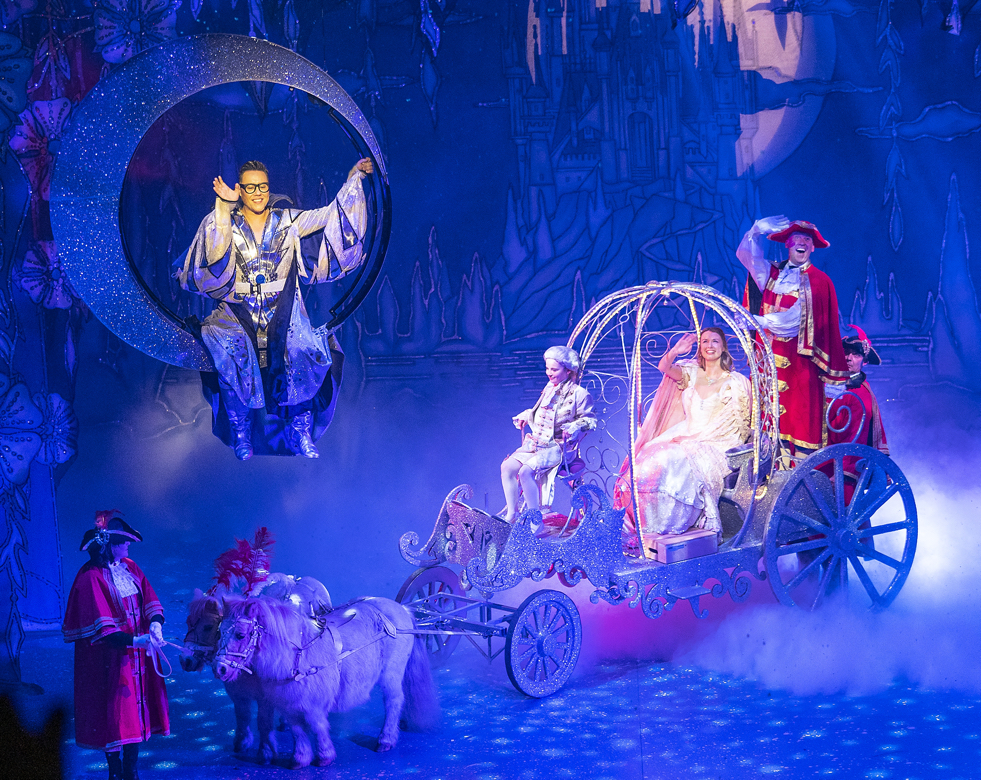 After 113 years, The New Theatre Cardiff still stands tall and can be classed a beautiful piece of architecture, with interiors still showing class and warmth in its’ entirety. On a cold, wet evening we were invited along to see this years’ panto at the theatre, ‘Cinderella’. It’s the one thing that we always look forward to at this time of year and marks the beginning of Christmas for us.

Most of you will be familiar with the tale of Cinderella, the rags to riches story of a young woman living with her two horrible step sisters who treat her as a doormat who they expect to be at their beck and call 24 hours a day. I am pleased to say this performance was a true reflection of the story, with some obviously modern twists and additions which added hilarity, warmth and musicality to the tale.

Move over Tess Daley and Claudia Winkleman from Strictly Come Dancing! We have two new kids on the block playing The Ugly Sisters, Welsh panto legends Mike Doyle and Ceri Dupree. With a strictly dazzling theme, the Sisters pull out all the stops with the most elaborate and over the top costumes we have ever seen.  Within their exquisite wardrobe were dresses fitted with their own dressing table, traffic light costumes, lamp shade costumes and the most stunning dresses filled with glamour and class that make some Strictly costumes look rather plain, darling!

TV personality Gok Wan played the Fairy Gokmother, greeting the audience with a friendly ‘Hiya’ every time he came on stage.  His character was in keeping with his warm, loving personality off stage, and after watching him in this production it just makes you love him that little bit more. 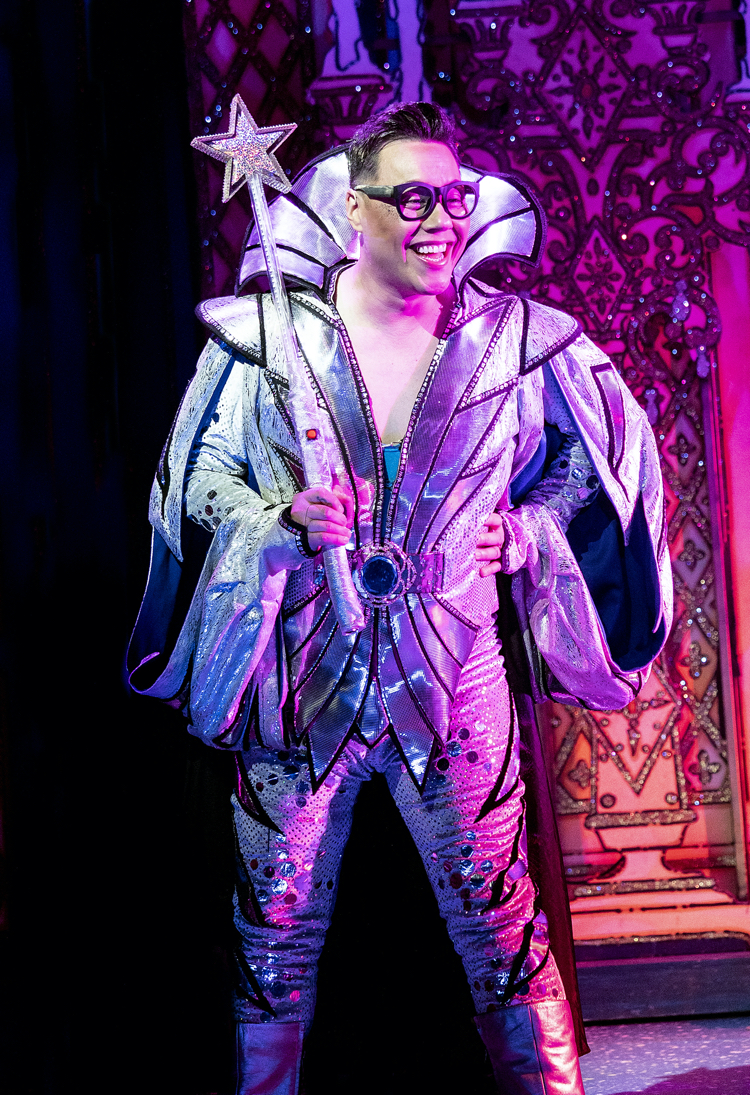 Cinderella’s best friend Buttons, played by the hilarious and charming Phil Butler, acts out some of the funniest scenes and definitely has some of the best lines! Through all the madness, he still manages to keep a straight face – we applaud him for playing such a crazy character with so much professionalism.

Stand out moments from the evening were numerous. The duet with Cinderella, played by Teleri Hughes, and Prince Charming, played by Rob Wilshaw, started off sweetly, which unfortunately didn’t last long as Buttons appeared and started to push Cinders and Prince Charming off the wall they were sitting on, sometimes by their face, all the while continuing to sing.  It turned into a very funny scene which we’ll remember for a long time.  By coincidence, CARDIFF TIMES gets a mention by Ceri Dupree in the 12 Days of Christmas themed song which was a huge surprise for us and one we were truly grateful for.  The children from the Lorri Guppy School of dance were pure joy to watch on stage, and the ensemble oozed style and class.

There were some unpredictable moments too during the performance which only made the evening even more enjoyable – stand outs for us were Mike Doyle inadvertently swearing when attempting a ridiculously difficult tongue twister, and Gok Wan at times being so overcome with laughter he can barely say his lines

We thought it was important to get our children’s input, so here’s a little flavour of what they said.

11 year old: “The audience was happy and the show was really funny. The singing was great at times, especially when Dandini held that one note during a song at the palace. Ceri Dupree showed a lot of his body and I thought he was a real woman at first. The dancing was really good too.”

9 year old: “Mike Doyle made me laugh a lot and Buttons too.”

Qdos Pantomimes have as usual pulled all the stops out to ensure they always get the right amount of humour to satisfy the whole family.  When you hear the roar of laughter from children and see the adults in the audience act like big kids, you know they’ve succeeded in making the audience feel they are part of the craziness that is panto. 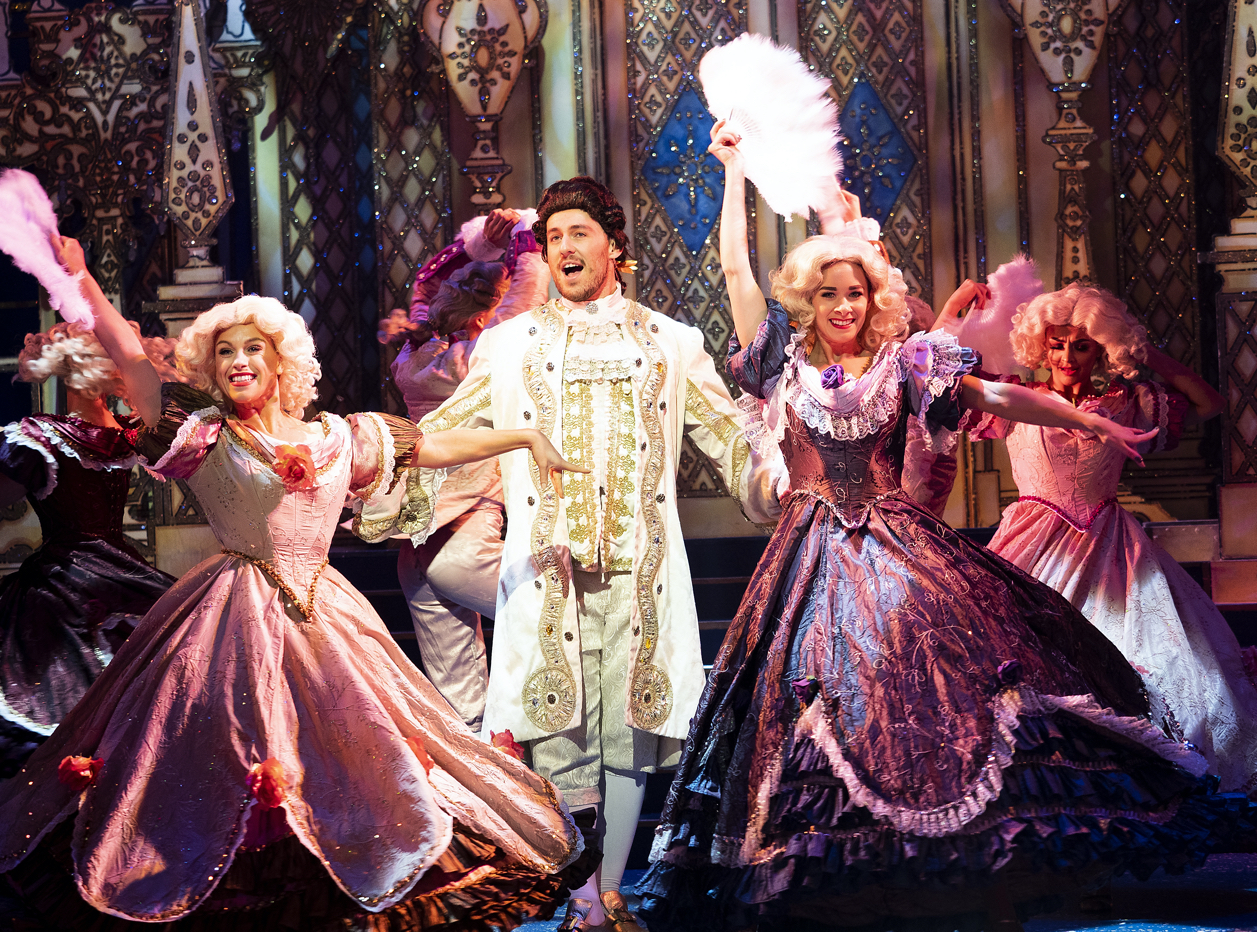 Showing at The New Theatre, Cardiff from now until Sunday 12 January 2020.