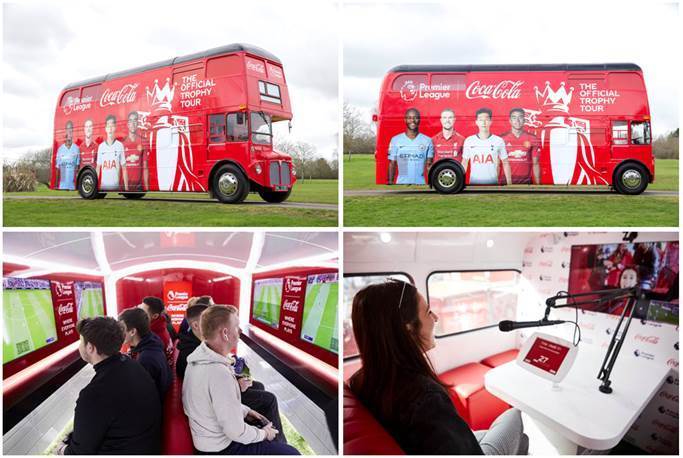 2nd April 2019: Coca-Cola Great Britain has revealed that the Official Coca-Cola Premier League Trophy Tour will be coming to Cardiff, St David’s Shopping Centre this Saturday April 6th, 10-6pm, as part of its nationwide tour giving fans the opportunity to have their photograph taken with the Premier League trophy and enjoy some unique football experiences.

As well as having the chance to get up close with the Premier League trophy, the tour will also feature a FIFA gaming floor on the bespoke bus for guests to compete in a ‘Battle of the Ballers’ tournament; a ‘Take the Mic’ commentary experience, where fans can re-script some of the most historic moments of the Premier League and guest appearances from some of the legends of the game.

From 10am to 6pm, visitors can enjoy a host of activities including:

For more tour dates and updates, visit www.coca-cola.co.uk/trophy-tour and join the conversation on social using #TheOfficialTrophyTour and #WhereEveryonePlays