Comic Relief Live in Cardiff will see Elis James host a wonderful night of fresh and raw talent at The Glee Club that will profile and highlight the comedy stars of the future, including: Dane Baptiste, Ivo Graham, Lou Sanders, Mike Bubbins, Matt Rees and Sarah Callaghan. 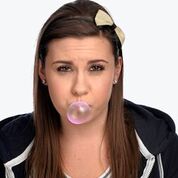 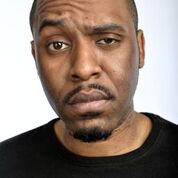 “Comic Relief Live offers a great opportunity for the audience here in Cardiff to not only witness fresh comedy talent, it will also allow everyone involved the chance to say they’ve supported this year’s Red Nose Day by helping to raise money and make a difference to people living tough lives here in the UK and across Africa.”

Alongside Comic Relief Live, this Red Nose Day will also see the launch of a new online comedy series, exclusive to the Comic Relief YouTube channel that will feature original sketches from some of the UK’s most exciting comic writers and performers.

Comic Relief founder Richard Curtis said: “Red Nose Day has always benefited from the support of incredible British comic talent, so it seems right that this year we’re handing the mic over to some of the most exciting new names on the circuit, from writers to stand ups and actors. These special gigs and the new YouTube series are a chance to see the comedy stars of tomorrow in action.”

Comic Relief Live will see John Bishop, Lenny Henry, Jo Brand, and Elis James introduce audiences to some of the most exciting up and comers on the British comedy circuit. These exclusive gigs visit Birmingham, Cardiff, Glasgow and Manchester between 9thFebruary and 1st March.

“Red Nose Day has always been about making you laugh for a good cause and Comic Relief Live will be no different. You will be introduced to the freshest comedy talent there is and be in for a real treat!”

The exciting new YouTube series which will launch next month will see the likes of Jamie Demetriou, Nick Mohammed, London Hughes and many more names, soon to be announced, write and star in a serious of hilarious online sketches in the run up to Red Nose Day on Friday 24th March.

Subscribe to the Comic Relief YouTube channel at YouTube.com/ComicRelief to see the new comedy series as the sketches are released, along with some of the most iconic Comic Relief sketches from recent years.

Tickets will cost £15 / £13.50 concession and 100% of the show price will go to Comic Relief. Tickets can be bought viaglee.co.uk and further information can be found on rednoseday.com/comedy

Further information about Comic Relief Live can be found on rednoseday.com/comedy