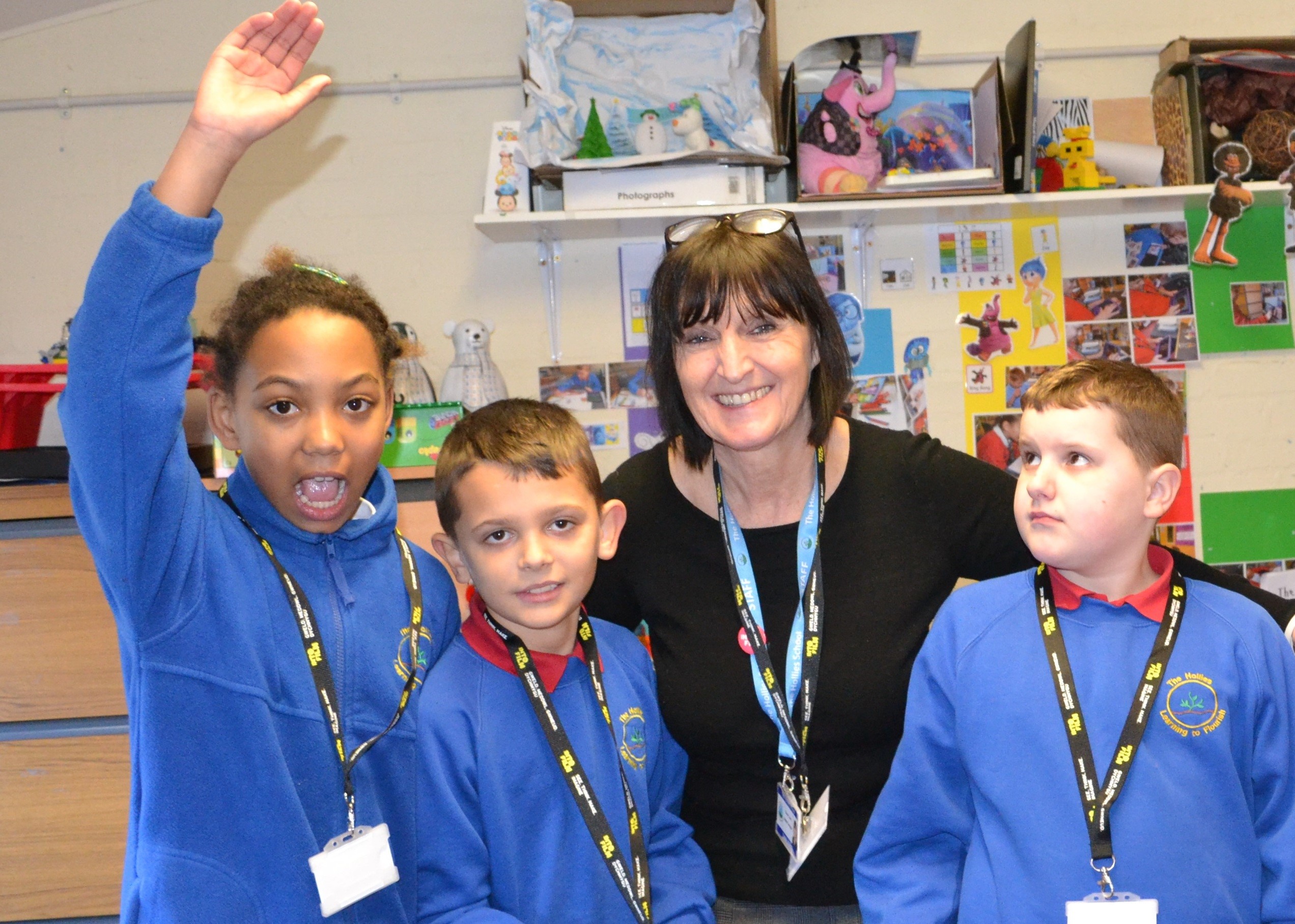 Yasmin John, a committed teacher from Cardiff, is in the running to scoop the ‘Best Teacher’ prize at the upcoming Into Film Awards – dubbed the ‘Oscars’ for young British filmmakers – in London on 18 March.

Yasmin teaches in The Hollies, a primary school for children aged three to 11 years, with a diagnosis of Autism Spectrum Disorder. The school is well known to organisers – leading education charity Into Film – as they were presented with the ‘Best Into Film Club’ award at last year’s ceremony, by Welsh Hollywood actor Luke Evans.

Commenting on her nomination, Yasmin said: “I am incredibly honoured to be nominated for such an award. I enjoy every moment of my job. It’s an amazing opportunity to showcase the students’ achievements through film and I am extremely proud!”  Yasmin has worked in education for a number of years and has, for the past ten years, supported the work of the charity, including the establishment of the award-winning school-wide film club. This year’s nomination is related to Yasmin’s work in embedding the film club in the school’s curriculum and helping pupils gain vital skills that would prepare them for real world opportunities, like going to the cinema.

Yasmin explains: “Visiting the cinema is a huge barrier for many of our students so I created our own immersive cinema experience, screening films from the Into Film catalogue for pupils to access in a safe and accepting environment.”

Her commitment is second to none: buying a DSLR camera and laptop from the winnings of a £1,000 photography competition, and training PGCE students on how to deliver film in the classroom. She has demonstrated the power of film to a range of key influencers, including the Welsh Government’s Head of Expressive Arts Learning and Experience. She has also recently opened doors for her pupils, developing an educational link with Pixar’s Inside Out, following a meeting with Into Film Cymru Ambassador, General Manager & EVP (Executive Vice President) of Lucasfilm, Lynwen Brennan.

Yasmin will travel to the Into Film Awards ceremony on 18 March, hosted by top comic actor and author David Walliams at the Odeon Luxe, Leicester Square, in London. Some of the biggest stars in the industry have previously attended, including Daniel Craig, Eddie Redmayne, Lily James, Simon Pegg, Martin Freeman and Naomie Harris.

The ‘Best Teacher’ award is a strong category for Wales. Two of the three nominees for this year’s award come from Wales. Timm Dadds from Cwmrhydyceirw Primary School in Swansea also nominated. Rhys Roberts, of Llanharan Primary School, won Teacher of the Year at last year’s awards, receiving his gong from Welsh actor Rhys Ifans.

A record number of nominations come from Wales this year – five in total. The four other nominees are:

Britain’s Got Talent host and children’s author David Walliams said:“I love the Into Film Awards because it gives the opportunity to young people, from all kinds of backgrounds, to be a part of the film industry. Anything that encourages creativity is important, we have an amazing film industry in this country which is often ignored by politicians and we need to support it. Into Film is an amazing charity.”

The Into Film Awards, now in their seventh year, seek to honour the most talented and innovative young filmmakers, reviewers and Into Film Clubs in the UK, while also recognising educators who use film as an education tool.

Non Stevens, head of Into Film Cymru, said:“The aim of the UK-wide Awards is to promote the power of film and highlight how the scope of Into Film work can contribute to the educational, cultural and personal development of children and young people. We are delighted that, this year, we have a record number of nominations from Wales, demonstrating that we are punching above our weight as a small nation.”

For full details about the awards, visit: www.intofilm.org/awards