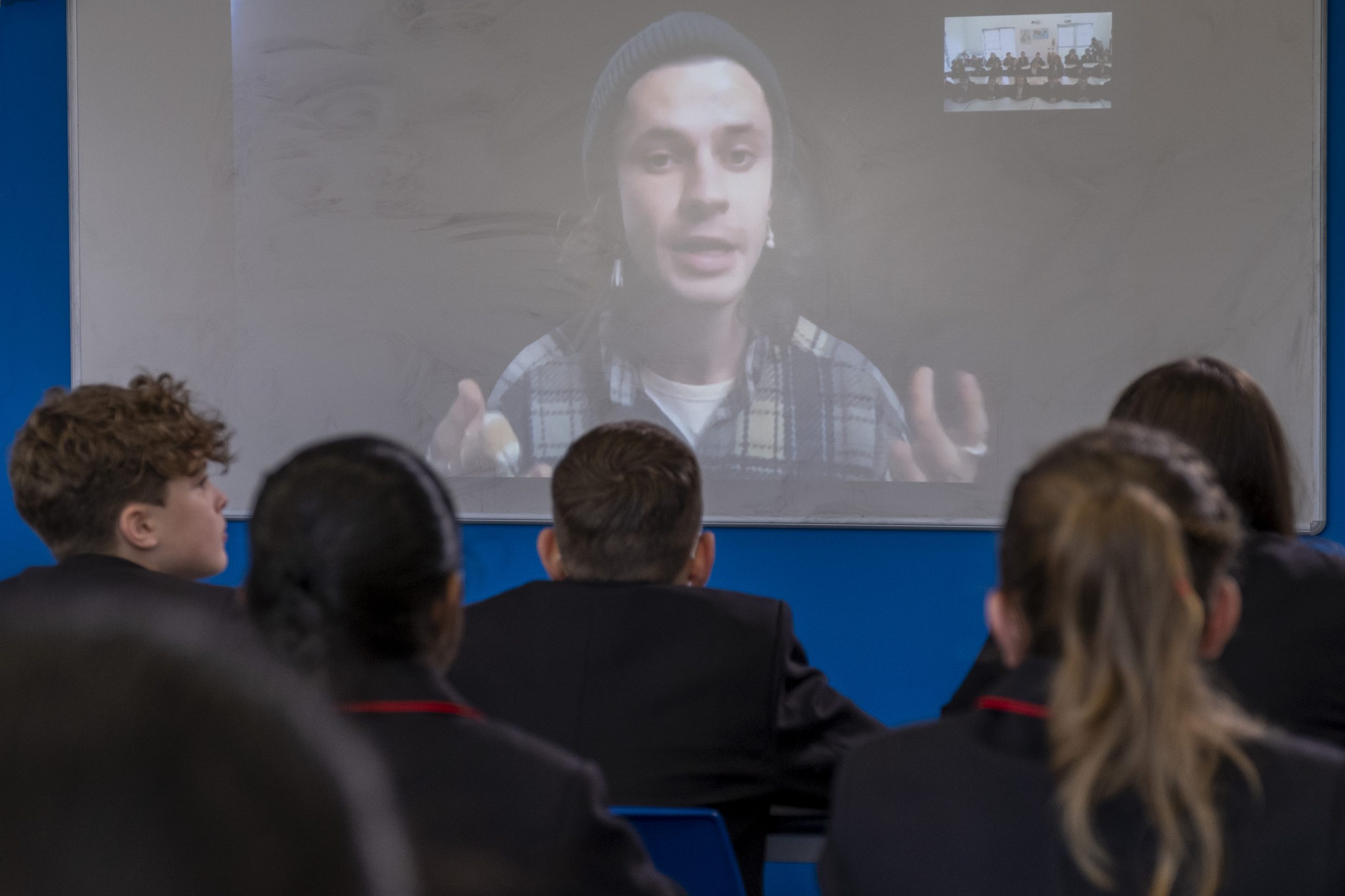 An art competition was launched recently for young people across the UK, with the winners having their artwork displayed at the COP26 Climate Change conference later this year in Glasgow.

The Creative Earth competition is part of a UK Government initiative, Together for our Planet, and launched in collaboration with the WWF to encourage young people to use the power of art to capture their hopes and dreams for the planet in the future.

To kickstart the competition, Cel Spellman, star of Netflix’s White Lines and BBC Radio 1, surprised a group of year seven students at Ormiston Venture Academy in Great Yarmouth via a special Zoom call.

Cel invited the children to be the first to get creative. The students were then given the opportunity to talk about their chosen artwork creations with Cel and explain why it is important to them.

Cel, who is a WWF ambassador said: “The Creative Earth art competition is such a unique and exciting opportunity for children from across the UK to have their voice heard and show world leaders exactly the kind of world they want to live in, inherit and pass on to future generations. I’m asking as many under-16s as possible to please get involved and be part of something special as we aim to create a better, greener, sustainable future and call on world leaders to commit to making that a reality and bring about the change we so desperately need to see, reminding them it’s young people who will live with the consequences of our actions now.”

Creative Earth artwork entries will be judged by a celebrity panel and COP26 President Alok Sharma this Spring . Special prizes will be awarded for the best artwork in each age group. Judges will also select the best pieces to be displayed at the COP26 summit in November.

Alok Sharma, COP26 President said: “Across the world, young people are leading the call for climate action and we want to make sure this is properly recognised at COP26 in Glasgow. That is why I hope young people from across the country will seize this opportunity to showcase their vision for a greener future.”

Simon Gilbert-Barnham, Principal at Ormiston Venture Academy, said: “It’s not every day that pupils get a chance to influence the UK Prime Minister and world leaders! This competition is an incredible opportunity for young people to present their vision for a greener, healthier and happier planet. Everyone at Ormiston Venture Academy is over the moon to be taking part in the Creative Earth art competition and we can’t wait to see the entries that come in from young people around the country.”

The Together For Our Planet campaign aims to work with businesses, civil society groups, schools and the public across the UK to help build awareness around the importance of tackling climate change in the run up to the COP26.

Find out more about the competition and enter now on the Together for our Planet website. Closing date for entries is Sunday 28th February 2021.