Curtains: A Musical Whodunnit – The Review 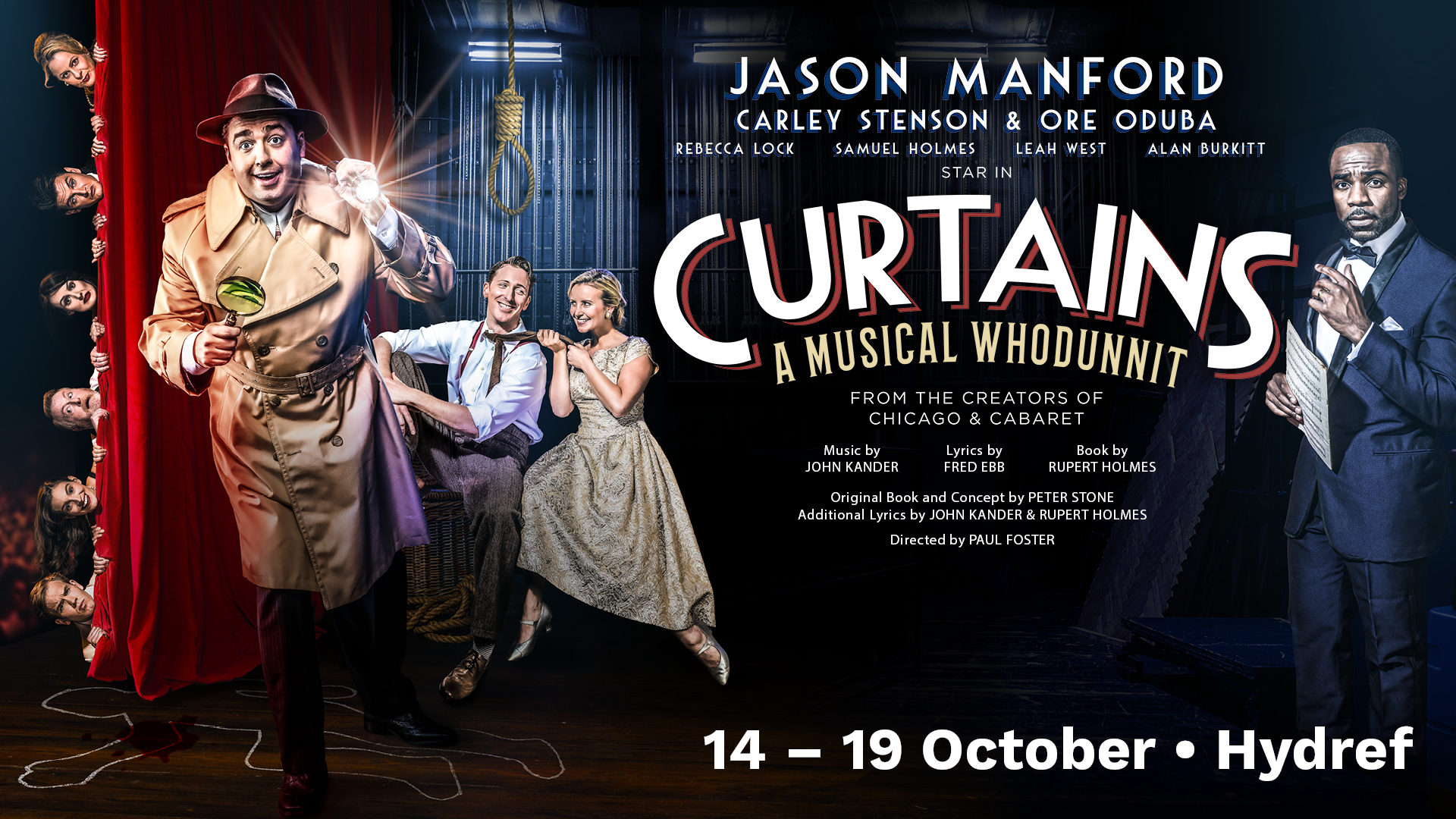 Curtains: A Musical Whodunnit opened in Cardiff this evening in the first of its weeklong run at New Theatre, Cardiff. The show is full of incredible show-stopping numbers like ‘Wide Open Spaces’ and ‘In the same boat’. Full of energy and featuring an amazing cast including Jason Manford as Lieutenant Frank Coffi. The play follows the story set in an olde west theatre musical set in Kansas and performed in Boston, bound for Broadway, as Lieutenant Coffi tries to solve the murder of the leading lady Jessica Cranshaw, played by Nia Jermin. With the cast quarantined to the theatre, music, love, ego and chaos soon play out. Infused with light-hearted comedy throughout and stunning vocals generally, but especially from Carley Stenson who plays Georgia Hendricks. Ore Oduba, who plays Aaron Fox, delivered an emotional and charismatic performance including the number ‘I Miss the Music’.

With a detailed set that changes several times through the performance and curtains that open and close just as much, the play embodied all the things we love about musicals, with spotlights on performances, solo numbers as well as big dance scenes. One of the impressive things about the dancing is the different styles incorporated into the routines, ballet, jazz and ballroom being among them. Much like the circular structure of the play it is also well-rounded with something for everyone, you don’t have to be a fan of musicals, dancing or comedy as Curtains is written well with something everyone can relate to. Supported by an orchestra in the pit and full of charm, Curtains is a pure delight to behold.

Curtains is at New Theatre Cardiff until 19 October.

See their website for details and ticket information: www.newtheatrecardiff.co.uk