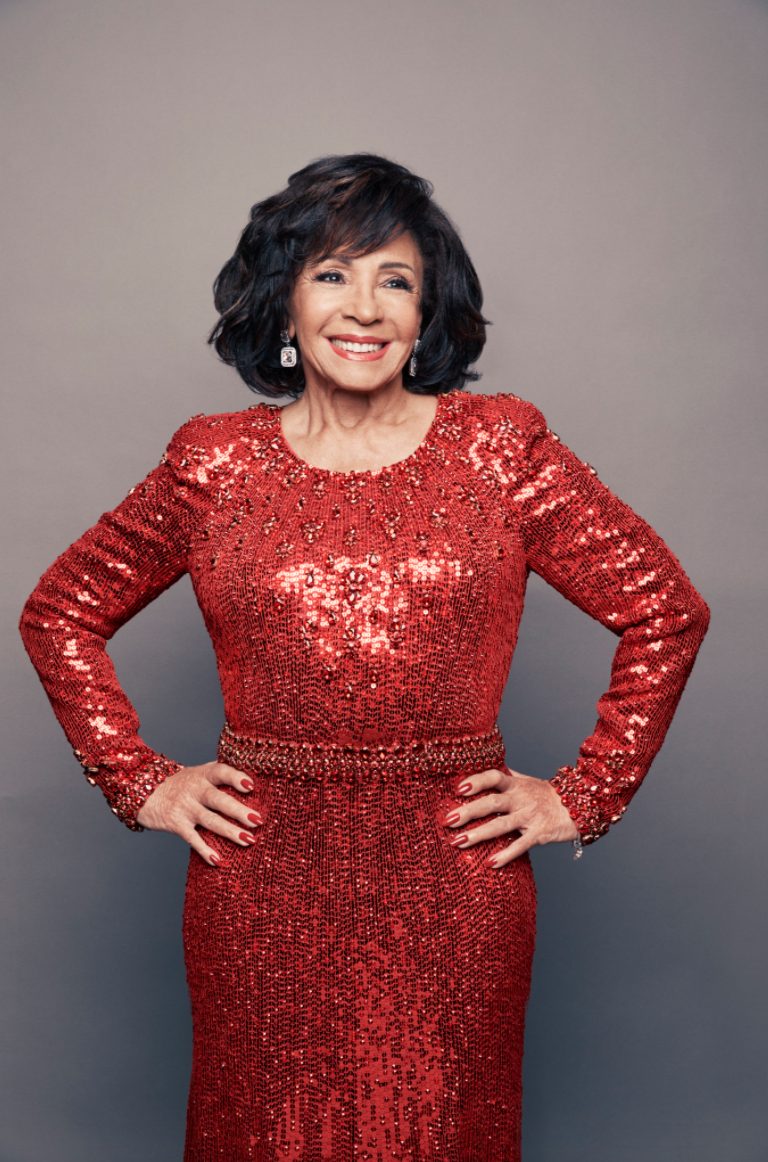 Dame Shirley Bassey 83, lands her highest album chart position in almost half a century! A fond farewell   to fans, who have supported her lifelong career that started with her debut in 1961.

Unable to travel to the UK to promote her album due to the pandemic, The Grand Dame of the British music scene expresses a heartfelt thank you from her home in Monaco to her fans around the world.

Dame Shirley is Britain’s most successful female artist of all time.

The album is a heart-felt thank you to those who have supported her throughout her glittering career and to the music – which has remained a constant throughout her life. As the Dame explains, “My new album is a celebration of 70 years in showbiz. 70 years of support from my fans and 70 years of music! I’ve trodden the boards of many stages and kicked up many a diamante heel! The songs I have chosen all feel very personal and connected to my life. I hope they will do the same for my fans.”

‘I Owe It All To You’ includes both brand new material written especially for Bassey, as well as tracks which the world-renowned singer has handpicked to reflect her incredible life and career. The title track and first single from the album is written by Don Black with whom she has a long and illustrious recording partnership, he also wrote ‘Diamonds Are Forever’ – the iconic Bond theme she sang in 1971.

‘I Owe It All To You’ is a treasure chest of golden moments from musical history and original material performed by an artist who truly is in a league of her own. Many of Dame Shirley’s friends are celebrated in some way on the album, from Roger Taylor (Queen) who suggested Dame Shirley sing ‘Who Wants To Live Forever’, to Bruce Forsyth for whom she tributes ‘Almost Like Being In Love’ a song that lifts the audience with magic and sparkle.

‘Maybe This Time’   has been a lifelong dream for her to record and ‘I made It Through The Rain’ sends a beautiful message to her fans; “This song lyrically talks about our everyday struggles emotionally. I feel like this song has a positive message for people, especially here and now. Its ever more important to know that things will be ok and we will make it through, don’t lose yourself” Dame Shirley

There are fan favourites ‘You Aint Heard Nothing Yet’, personal favourites of Dame Shirley’s such as Elvis’s ‘You Were Always On My Mind’, and of course the perfect finale to such a momentous journey ‘Music Is My First Love’

In Dame Shirley’s own words, when describing the album track ‘I Was Here’, they perfectly capture the sentiment of the entire album; “This song blew me away. It picked me up, swirled me around and then at the end left me speechless. Every word in this song is how I feel. Hoping that somehow in my life through my words and through my music, I made a difference to someone’s life. That my footprints will forever stay”

Each and every song on this album leaves the listener spellbound and mesmerised. There is no other talent quite like Shirley Bassey, she is a stand out musician with a voice so powerful, so full of emotion that quite simply, there ain’t nothing like a Dame!

Dame Shirley has been blessed with a unique gift and distinctive voice so powerful it has taken her from singing in pubs and clubs as a teenager (whilst working in a factory), to scoring her first No.1 single in the 1950s (the first Welsh singer to ever do so). She starred in a string of TV shows throughout the ‘60s which then resulted with her own BBC1 series in the ‘70s.  Earning an endless list of awards and accolades, including the very first recipient of a Brit Award for Best British Female Solo Artist (1977), Légion d’ honour (2003) Silver Clef Award (2017), the very first musician to be awarded the Freedom of The City of Cardiff (2019) and, of course, a Damehood for her services to performing arts (2000).

Through the years, she worked her way up the ranks within the variety circuit, fast becoming known for her remarkable live performances and dazzling gowns, earning herself a legion of fans and superstar status. She then went on to give a show-stopping Glastonbury Festival legends slot performance in 2007. Her revered recordings of the title tracks to the films Goldfinger (1964), Diamonds Are Forever (1971) and Moonraker (1979) are still considered the most iconic of the James Bond themes, and she has released 70 albums and sold nearly 140 million records. 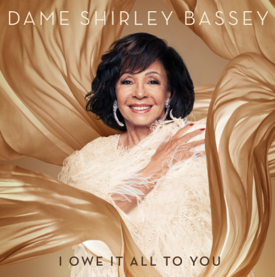 ‘I Owe It All To You’ Tracklisting: