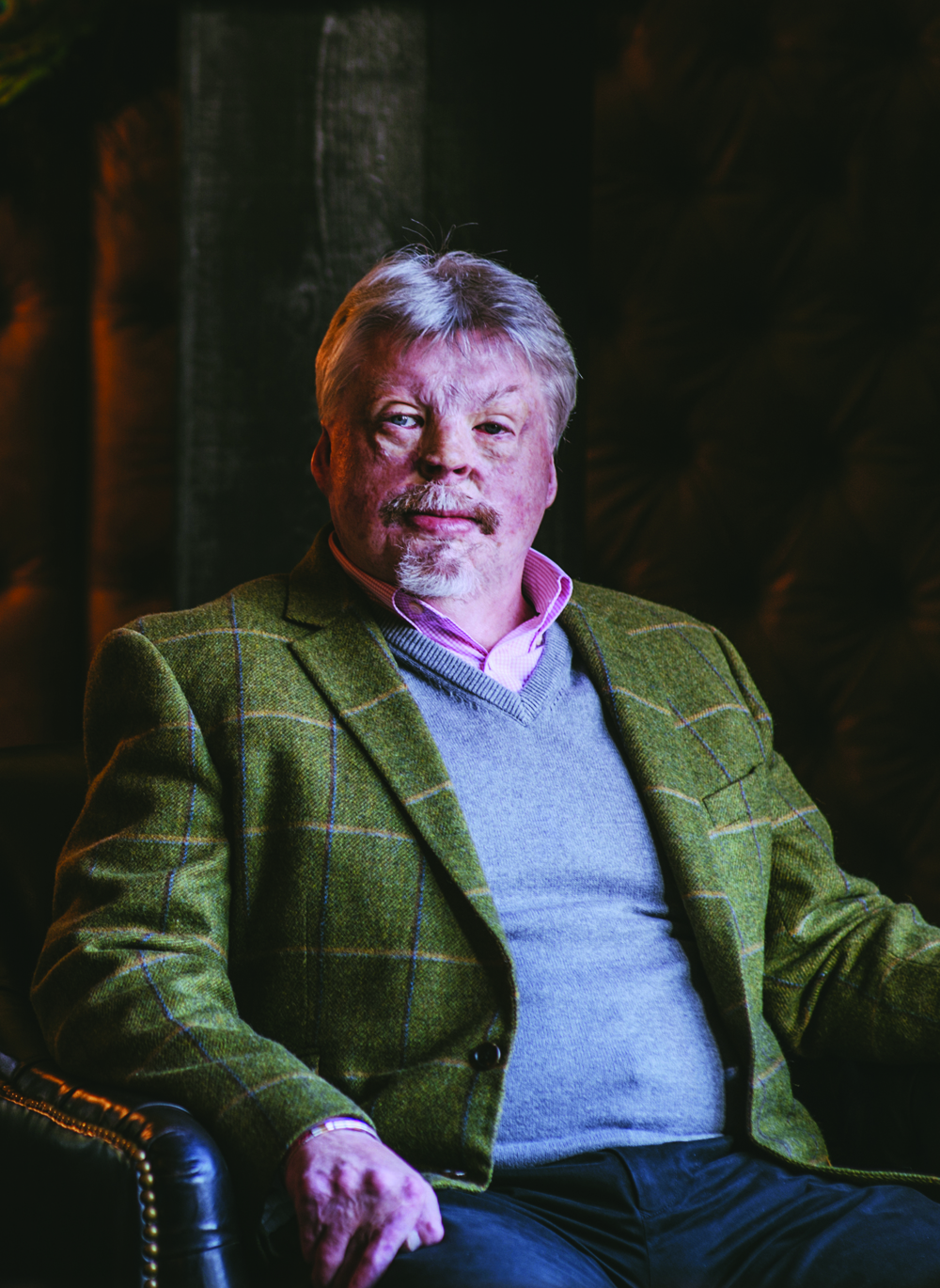 The national charity DEBRA announces it is funding a clinical trial to investigate the use of cannabinoid medicines to treat pain and itch in adults with Epidermolysis Bullosa (EB). EB is a potentially fatal skin condition which affects over 5,000 people in the UK. The biggest challenge for suffers of EB is living with the pain and itching caused by the condition.

UK based charity DEBRA, the only national charity supporting people suffering from EB, is launching a patient driven clinical trial to investigate the therapeutic potential for cannabinoid-based medicine (CBM) in treating pain and itch in EB. The CBM being used contains compounds extracted from the cannabis plant.

EB is a genetic skin condition which causes the skin to blister and tear at the slightest touch. Blisters need to be drained and dressed every day – a painful procedure that can take several hours and is harrowing for both EB sufferers and carers. In some cases, internal linings and organs are affected, and complications as a result of infection and extensive scarring are common. Some types of EB can be fatal in infancy and others are severely life-limiting. There are over 5,000 people suffering from EB in the UK and half a million worldwide.

The trial is taking place at the Center for Blistering Diseases, University Medical Center Groningen, in the Netherlands, and is being run by Investigator Nicholas Schräder and Professor Marcel Jonkman. It’s a three-year study involving 15 participants being treated with cannabinoid-based medicine (CBM) and is only open to people 18 years old and over living with EB in the Netherlands. The CBM medicine being used in the study contains naturally derived compounds, phytocannabinoids, from the cannabis plant. The trial aims to gain an insight into whether CBM medicine could ultimately improve the quality of life of people with EB.

The current treatment for the relief of pain and itch caused by EB, is the prolonged used of opiates and anti-inflammatories, which are known to lead to unwanted and unnecessary side effects. On the trial the plant-based cannabinoid will be extracted from the cannabis plants and incorporated into an oil and administered as droplets under the tongue of the participants. While on the trial participants will report monthly on pain, itch and changes in their quality of life. 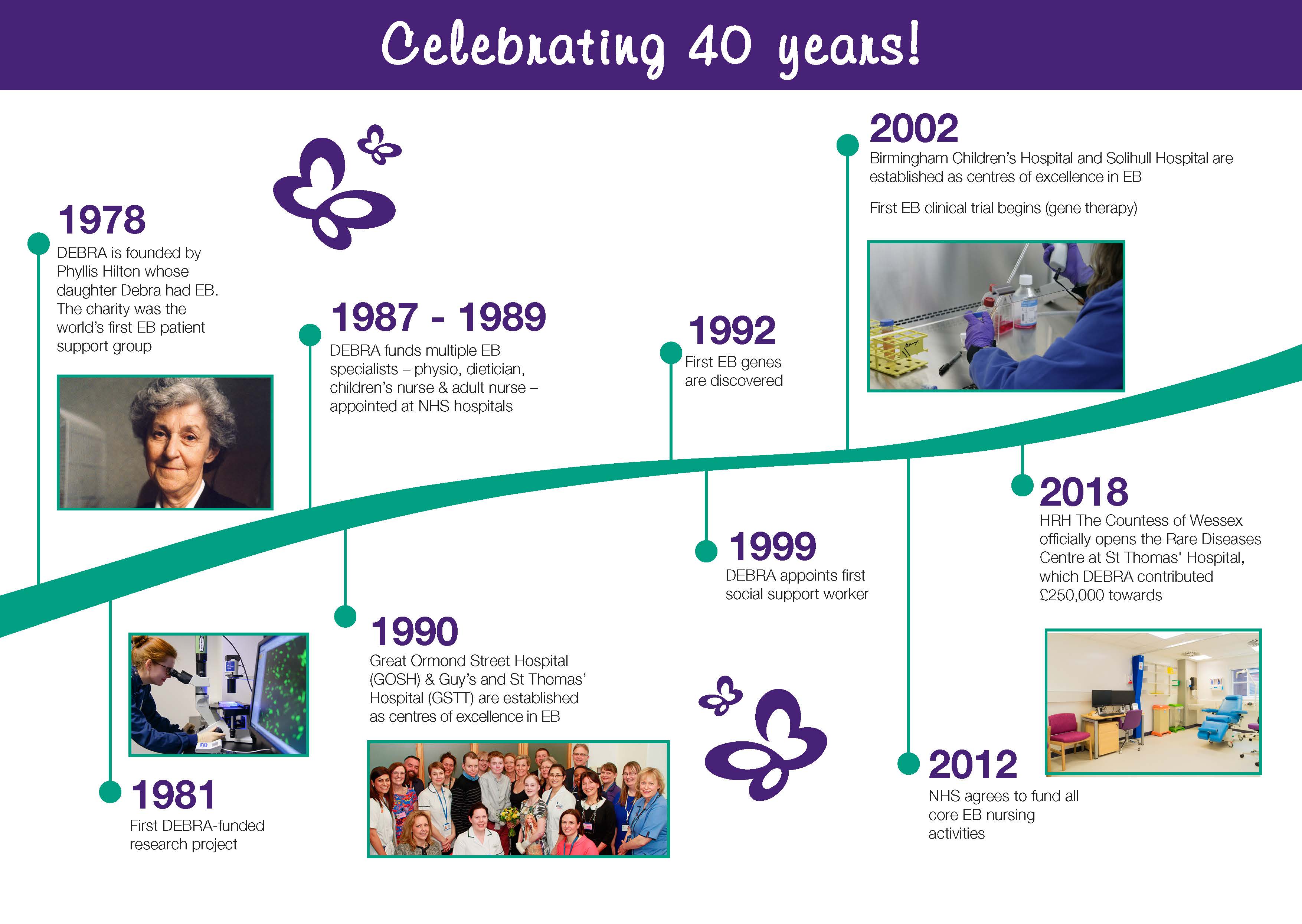 Caroline Collins, Director of Research at DEBRA, said: “We are extremely pleased to fund this clinical trial, particularly in light of the government’s decision to legalise some forms of medical cannabis. This trial is designed to improve the quality of life for people suffering from EB by alleviating two of the most debilitating symptoms of the condition, pain and itch. Anecdotal reports from people suffering from EB suggest that cannabinoid-based medicines (CBMs) are effective for pain and itch symptom control. The clinical trial will start to gather the scientific evidence needed to prove that CBMs are an effective treatment for pain and itch caused by EB and will begin the work towards a new treatment protocol and evidence-based guidelines for the management of these debilitating symptoms, which we hope will improve the quality of life for many.”

DEBRA is the only national charity supporting people suffering from EB in the UK. The charity provides a wide range of care and support for individuals and families living with EB. It also funds pioneering research to find effective treatments and ultimately a cure for EB. DEBRA was founded in 1978 by Phyllis Hilton whose daughter Debra had EB – the charity was the world’s first EB patient support group. The charity is celebrating its 40th anniversary on Tuesday, 27 November and as part of the celebrations is announcing the appointment of Falklands war hero and war veteran Simon Weston CBE as its new President.

Simon Weston CBE, President of DEBRA, said: “I am delighted to become the new President of DEBRA and I am looking forward to supporting the sufferers of this terrible skin condition. People with Epidermolysis Bullosa (EB) face constant, debilitating symptoms. I understand something of the pain and suffering that people with EB endure every day. Having suffered 46% burns on my body when injured during the Falkland War in 1982, I had to overcome not only my injuries but undergo 98 operations. For many years I was taking opiates to deal with the pain from both injuries and surgery. I experienced the side effects and the negative impact of long-term use of opiates on my body. An alternative method of pain control will be a welcome relief.”
To find out more about DEBRA and the clinical trial visit: www.debra.org.uk/cannabinoids