Dive into the Ocean Film Festival World Tour This Autumn! 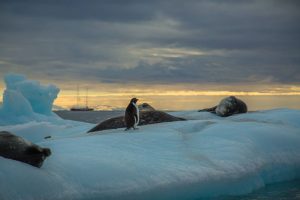 The Ocean Film Festival World Tour is returning to the UK this autumn, bringing an evening of inspirational and jaw-dropping ocean films to almost 30 venues across Britain and Northern Ireland in September and October.

The event, which originates in Australia, features a brand-new selection of the world’s best ocean-themed short films, with action and spell-binding footage from both above and below the water’s surface. The 2017 film programme sees intrepid freedivers explore haunting shipwrecks, nomadic sailors face the icy waters of Antarctica, and features awe-inspiring marine life such as humpback wales and the endangered Giant Pacific Mantaray.

“Featuring incredible cinematography, the films capture the raw beauty and power of the ocean, while celebrating an eclectic and fascinating mix of characters who live for the sea’s salt spray.”

The Ocean Film Festival World Tour is also encouraging local households, businesses, schools and any ocean lovers to take part in its Plastic Free July challenge – it’s easier than you think, and a great way to make a difference to this huge problem facing the world’s marine ecosystems! Head to www.oceanfilmfestival.co.uk/plastic-free-july for fun tips and advice on how to get involved. 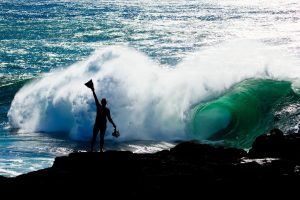 Highlights from the 2017 Ocean Film Tour include:

Sea Gypsies Infinity and her crew are about to embark on an extraordinary voyage: 8,000 miles from New Zealand to Patagonia, taking in the intimidating iceberg-strewn waters of Antarctica along the way.

And just as this is no ordinary journey, this is no ordinary ship with no ordinary sailors. Infinity was built by hand in the 1970s and lacks some of the usual reinforcements considered necessary for such an extreme expedition. That doesn’t deter her crew: a handful of free-spirited nomads, brought together by a love of the open sea and the search for freedom.

Whale Catchers High on the rugged cliffs above New Zealand’s Cook Strait sits an unusual group of ‘citizen scientists.’ This motley collection of men in their 70s and 80s are keeping watch for humpback whales as part of the Cook Strait Whale Count – a study into the recovery of New Zealand’s humpback population since the end of New Zealand whaling in 1964.

It’s tiring but rewarding work, but there’s a reason that the volunteers are so good at the job. Not only are they descendants of New Zealand’s 200-year history of whaling, they were all once whalers themselves…

– 13 September Newtownabbey, Theatre at the Mill

– 1 October Keswick, Theatre by the Lake

Tickets are on sale now. To find out more about the festival, watch the trailer and book tickets, visit www.oceanfilmfestival.co.uk.