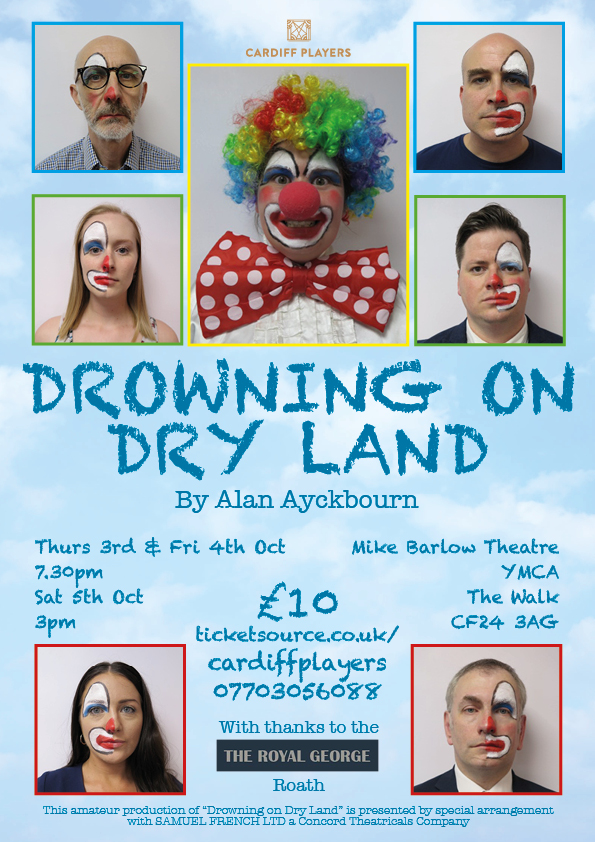 Cardiff Players make a triumph return with their latest production Drowning on Dry Land written by Alan Ayckbourn, the production is presented by special arrangement with Samuel French Ltd and Concord Theatricals.

All aspects of the performance were outstanding and a full credit to all involved. There was pre-show music playing in the theatre as it filled from the performance, in the form of an X-Factor playlist featuring Alexandra Burke. 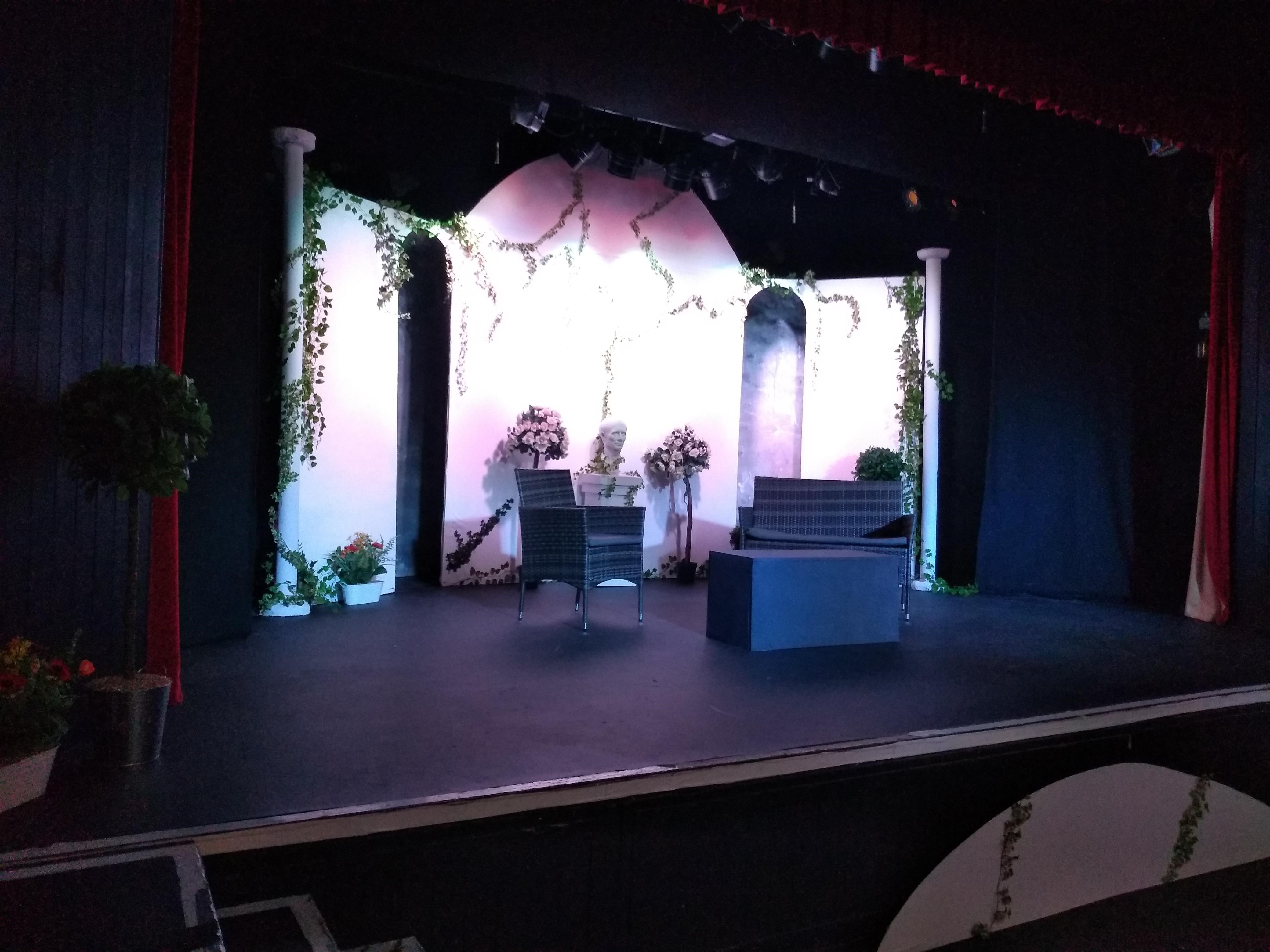 The play is split into three acts each depicting an afternoon in June, August and January. The story is set in the tower room of Charlie Conrad’s home on the afternoon of his son’s 6th birthday party where unfortunately he has also scheduled an interview with the ruthless journalist Gale Gilchrist, chaos soon ensues in the form of  Marsha Bates – the children’s entertainer who dresses as a clown and performs a MIME act.

Full of satirical humour, whilst providing a rounded and complete look at the issues of fame and celebrity. The play is both fun, entertaining and thought provoking, delighting the audience. There is occasional bad language but delivered in a way that adds to the humour and executed perfectly.

Lauren Strawford who played Marsha Bates was, engaging and hilarious in her performance, while we saw James Dixon portray an excellent range of emotions. Acting was of a particularly high standard in this performance and all the actors perfectly portrayed their characters in an engaging and entertaining performance.

A raffle was drawn during the performance, with prizes of chocolate and wine being given away with all proceeds going to Cardiff Players which helps enable them to put on shows like this.

This is a show where it is easy to forget it is an amateur production, but instead is a chance to be immersed in a different world for a few hours and laugh, gasp and enjoy yourself.