DRUG EPIDEMIC HITS UK: TWO THIRDS OF BRITS SAY DRUG-TAKING IS AN ISSUE IN THEIR AREA 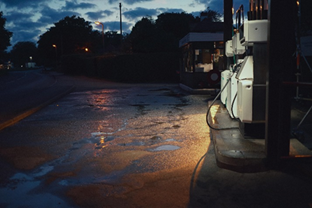 A new UK-wide survey reveals that 62 per cent of Brits claim that drug taking is an issue where they live while a fifth (20 per cent) say it’s a big problem.

According to the study, commissioned by TV channel Crime + Investigation®, the younger generation are slightly more inclined to believe that drug taking is an issue – 65 per cent of 16-24 and 25-34 year olds – compared with 61 per cent of 35-44 year olds and 45-54 year olds.

The survey of more than 2,000 people across the UK was commissioned to mark the UK debut of Crime + Investigation series Intervention: the Heroin Triangle, which follows the success of the critically acclaimed Emmy® Award-winning docuseries. The show seeks to get to the heart of the opioid epidemic that has swept across the US state of Georgia, otherwise known as ‘the Heroin Triangle’.

The Crime + Investigation study also questioned Brits on the perceived ages of people they have seen on drugs in public in their area, with the demographic revealed as overwhelmingly weighted towards the younger generation. Shockingly, 10 per cent say they’ve seen a child on drugs (13-16 years of age), 25 per cent claimed they’ve seen 17-20 year olds on drugs and 28% claimed they’ve seen 21-25 year olds under the influence of drugs.

The study also challenged the nation on why they think drug-taking is an issue across the country. More than half of the respondents (57 per cent) believe that ‘red tape’ in the UK actually encourages people to take more drugs. While more than a third (36%) believe that drug laws in the UK should be relaxed.

Commenting on the survey, a spokesperson for Crime + Investigation said: “It’s clear that the UK is facing a serious problem when it comes to tackling the issue of drug misuse, an issue of worldwide concern as reflected in the new series of Intervention: the Heroin Triangle. This series focuses on the journey of those plagued by their opioid addictions and the stories of their families who are left to pick up the pieces – a scenario which, sadly, many people in the UK are also facing.”

The UK cities, where residents are most concerned about drug misuse, in ranking order, are as follows: