Eat Out to Help Out in Wales – food & drink businesses campaign for public to ‘Eat Independent, Support Local’ 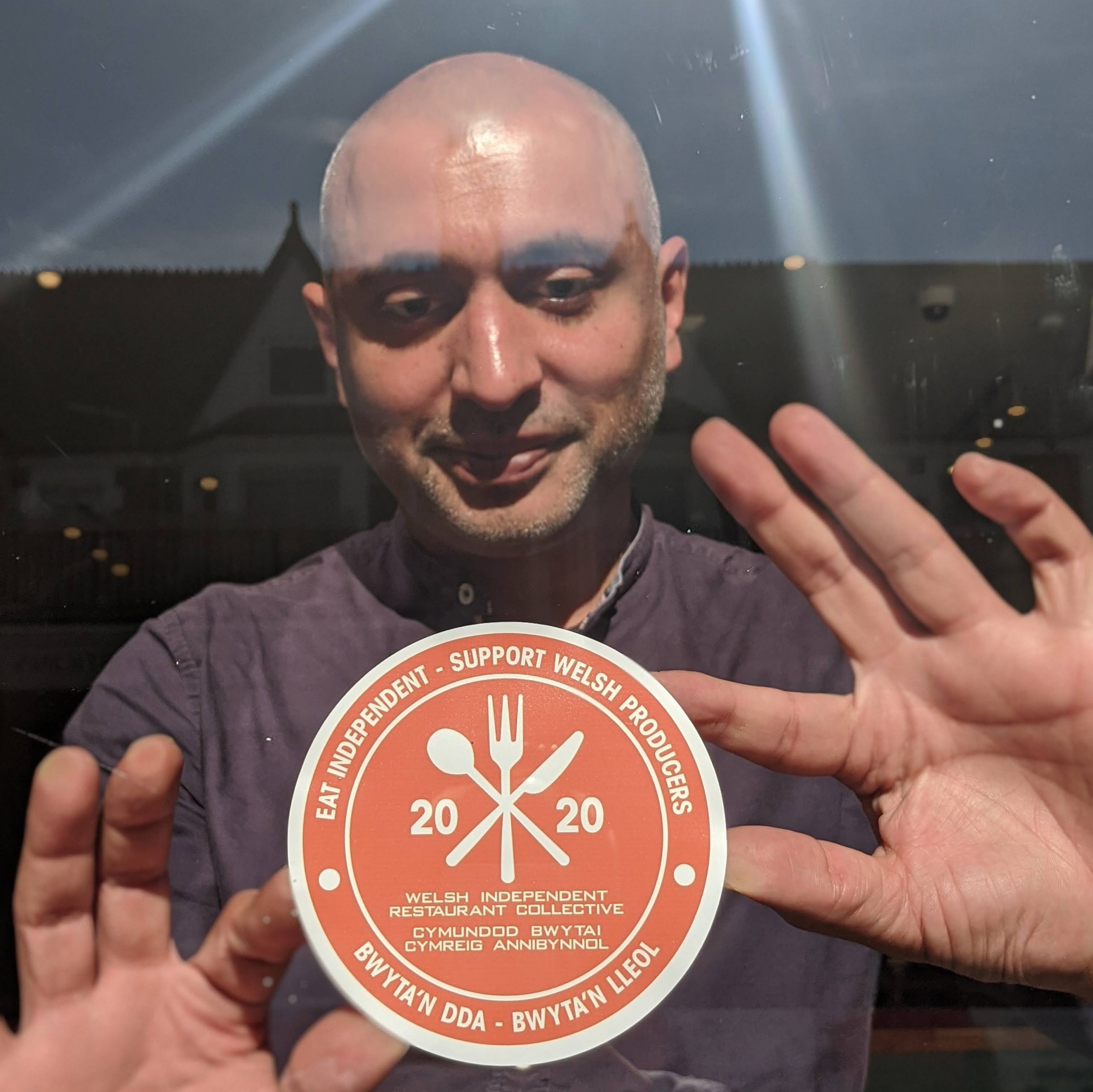 Independent food and drink businesses in Wales are calling on the public to ‘eat independent, support local’ when the “Eat Out to Help Out” discount scheme launches on Monday 3 August.

The UK Government programme is covering the costs of a half price discount on eating out (up to the value of £10) on Mondays, Tuesdays and Wednesdays throughout August.

By choosing to use the discount to eat with independent food and drink venues, customers will be directing that government support to those small businesses, high streets and communities who need it the most. That is the message from the Welsh Independent Restaurant Collective, a group of over 300 local food & drink businesses which formed in May to help the sector through lockdown.

Simon Wright, restaurateur, food writer and owner of Wright’s Food Emporium in Llanarthne, is a founding member of the collective. He explained:

“Eat Out to Help Out is direct government support for struggling restaurants. The customer gets the discount applied automatically to their bill, and the government makes a weekly payment to the restaurant – it’s very easy to use.

“This is a critical time for food and drink businesses in Wales. Making businesses work with social distancing and reduced capacity is a huge challenge. And while many of our independent cafes, bars and restaurants have adapted to be able to carry on serving their customers and communities through lockdown, it’s been nowhere near our normal levels of trading.

“Independent food and drink businesses are the heart and soul of high streets, towns and villages throughout Wales. By employing local people, working with other independent producers and using neighbourhood services, they’re keeping money circulating in the local economy. That’s beneficial to us all.

“They’re also creating a more interesting and sustainable dining experience. Being closer to local suppliers often can often mean food hasn’t travelled as far and will be in season. And being independent means greater freedom in the kitchen to experiment and reflect local tastes.

“What better way to ensure the Eat Out to Help Out scheme as a direct impact in your community, than by booking a table at your favourite independent cafe, bar or restaurant”, he said.

The Welsh Independent Restaurant Collective was formed by a group of restaurant-owners to give a stronger voice to the sector. Calculating that lockdown and social distancing measures had put 30,000 jobs at risk in Wales, the Collective is campaigning for greater support from government at all levels.

They are also asking the public to show support for the ‘Eat Independent, Support Local’ campaign by using the hashtag #EatIndieWales on social media whenever they eat at their favourite local restaurants.

Independent food and drink businesses are a central part of Wales’ tourism offer, are vital for high street footfall and have a crucial role in supporting the farming, hospitality and local service sectors.

One such business is Hide in St Donats, a boutique accommodation business which has has four cabans tucked between the trees at Tresilian Wood. Run by husband and wife team Paula and Tom Warren, they explained, “Our business relies on great local restaurants using local produce to attract tourists to the area. Without Wales’ incredible, independent establishments, we could not survive. We will be supporting the ‘Eat Independent, Support Local’ campaign all the way.”

Independent food and drink businesses are also crucial to Welsh farmers and growers. Pawel Wisniewski, of Paul’s Organic Veg grows fruit and veg on his 17 acre plot outside Abergavenny with his wife and a team of four. He said: “The independent restaurants we work with – from neighbourhood bistros to Michelin starred chefs – are a really important part of our business. The contracts we have to supply restaurants in Cardiff and around us here in Monmouthshire give us the security of regular income which is good for business and for employing staff. With some, we’re planning a year ahead so we can grow specialist varieties just for them. Eating at these independent places is definitely supporting us and our local team.”.

In Bristol, a sister campaign has also been set up by the Bristol Food Union; people there can show support for their local independents by using #EatIndieBristol.

“Whilst the Food Union welcomes the government’s support of the hospitality industry over August, it leaves a somewhat unpleasant taste to realise that the biggest beneficiaries of the scheme will be the multinational fast food chains. These businesses can afford to ride out the economic downturn, whilst many of the smaller independents cannot.

Bristol’s food community did an exceptional job of keeping the city fed during lockdown, we hope that the public will now lend their support by using their discount with participating independents as much as possible.”