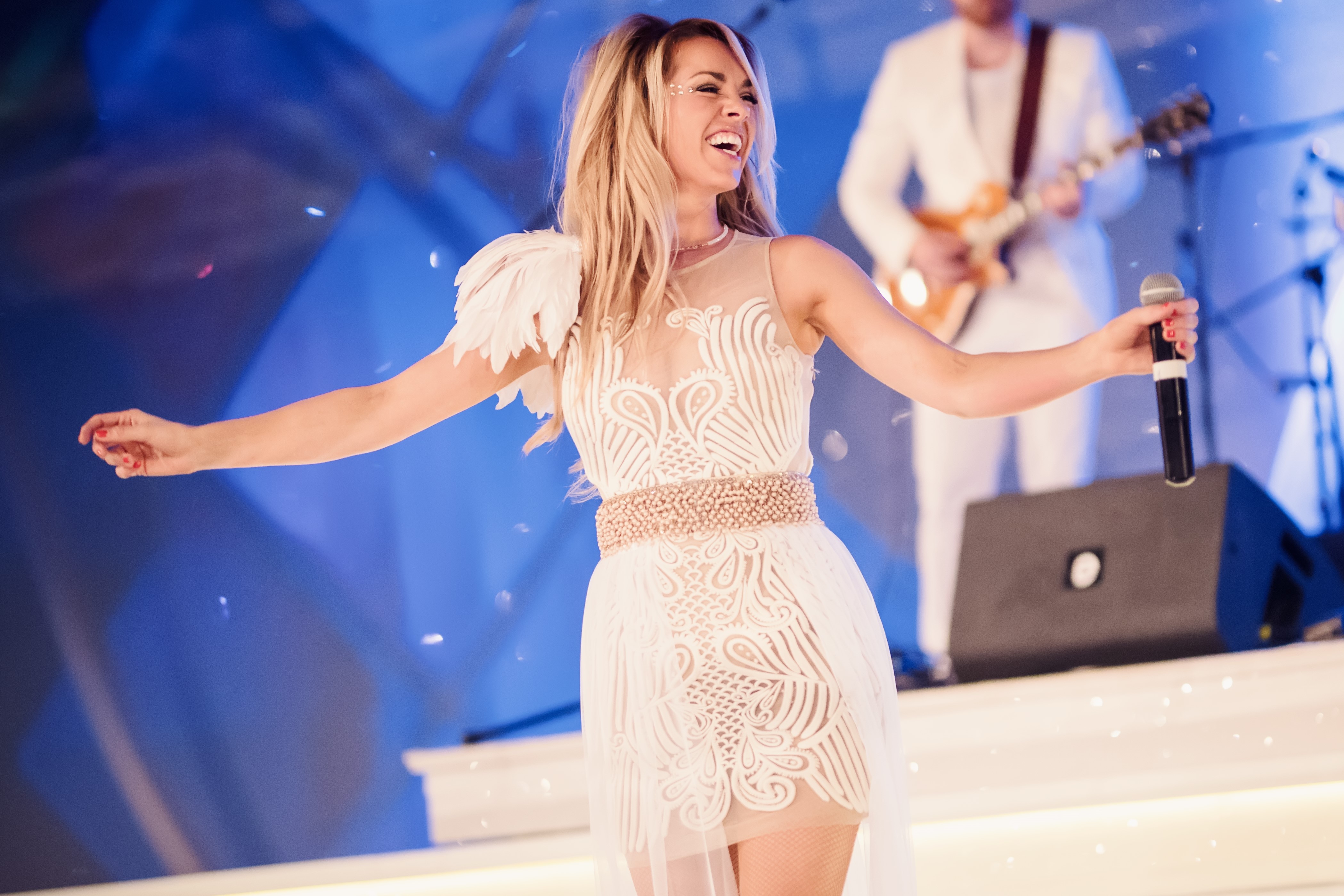 ED SHEERAN topped the list of most popular first dances at Welsh weddings in 2018, occupying both the number one and number two spots for brides and grooms taking their first spin on the dancefloor this year with his hits ‘Perfect’ and ‘Thinking Out Loud’.

One of the world’s biggest music stars, Ed Sheeran was the first artist to ever play four consecutive nights at Principality Stadium back in June this year, where more than 200,000 fans flocked to the Welsh capital to see him perform live.

Social media was flooded with romantic selfies and even proposals at the time of the concerts, so it follows suit that Ed is the artist of choice for couples getting wed in Wales in 2018. The number one first dance Thinking Out Loud was also co-written by Welsh songstress, Amy Wadge.

The list of 2018’s top ten favourite first dances was released by Welsh wedding music experts, Music HQ this week, as peak wedding season draws to a close. The Llanelli-based company creates and manages its own portfolio of professional bands and musicians and has provided music for hundreds of couples at more than 460 weddings this year, at venues including Oldwalls, Celtic Manor and The Cliff Hotel.

Other entries on the Music HQ First Dance list were:
• All of Me – John Legend
• Iris – GooGoo Dolls
• The One – Kodaline
• Say You Won’t Let Go – James Arthur
• A Thousand Years – Christina Perry
• How Long Will I Love You – Ellie Goulding
• Ho Hey – The Lumineers
• Sky Full Of Stars – Coldplay

Music HQ compiles the list of first dance requests annually towards the end of its peak wedding season. As well as Welsh weddings, the company provides music and bands for a variety of destination weddings, from boho beach nuptials in Ibiza to lavish chateau ceremonies in Nice, as well as at prestigious international events worldwide, like the Dubai Film Festival, The Royal Variety Performance, Premiership testimonial dinners and for companies including Google, Sony and Coca Cola.

The company was formed when the directors, Suzanne Aston, Martin Goddard and Ryan Aston, became disillusioned with the traditional approach of music booking agencies after more than 50 years combined experience working as musicians in the industry with international superstars including Rod Stewart, Robbie Williams, Katherine Jenkins and CeeLo Green.

Music HQ differs from a more traditional booking agency in that it doesn’t simply list and promote acts for a fee; it creates, develops and manages all its bands, which are then available for bookings exclusively through Music HQ.

Clients benefit from access to Music HQ’s wide portfolio of acts while only dealing with one point of contact. As well as the top ten most popular first dance requests, the Music HQ team has also compiled a list of other first dance trends, including the most unusual requests and top 10 alternative first dances.

Speaking about the sometimes-surprising requests from brides and grooms, Music HQ director, Suzanne Aston, who once played Sandy in the London West End’s Grease the Musical and now runs the client support arm of the business, said: “Although the top ten list for 2018 are all by contemporary artists, some classic songs, like Everything I Do by Bryan Adams or Songbird by Eva Cassidy, will always stay on the long list.

“We do regularly hear of unusual requests though, despite the ubiquity of certain songs. Werewolves of London by Warren Zevon was one that springs to mind, and recently one of the bands was asked to play Complicated by Avril Lavigne for the first dance. Often, the song obviously means something intimate to the couple, but the lyrics make the choice of song unusual for a first dance. We’ve heard requests for When I Was Your Man by Bruno Mars, which has questionable lyrics about an ex; and I Still Haven’t Found What I’m Looking For by U2…!”

Music HQ has also identified other trends in first dances in 2018. Suzanne added: “Surprise first dances are becoming a big deal. We’ve helped a bride perform a surprise song with her bridesmaids for her new hubby and two grooms perform a great version of an Abba song for their guests this year.

“At Music HQ we love to help with the element of surprise whenever we can. We were once at a wedding fayre and a couple asked for a first dance song by a Welsh artist called Bronwen Lewis. They were a little star-struck when rather than the band perform it for them on the big day, Music HQ arranged for Bronwen herself to perform it live.”

Predicting the wedding music trends for 2019, Suzanne said; “The Greatest Showman has been so popular this year and we’re already getting requests in for our artists to perform songs from the film.

“We’ve also seen an uptake in for requests for a Father/Daughter first dance, which is quite an American trend but becoming more and more popular over here as a new tradition. Popular choices of song for the Father and Daughter dance include I Loved Her First by Heartland and You are the Sunshine of My Life by Stevie Wonder.”

Suzanne added: “Music is a huge part of a couple’s wedding and is the best way to make the day personal to them. We love being at the heart of the planning for brides and grooms and using our experience in the industry to help make sure the couple’s day runs smoothly and is one to remember.”