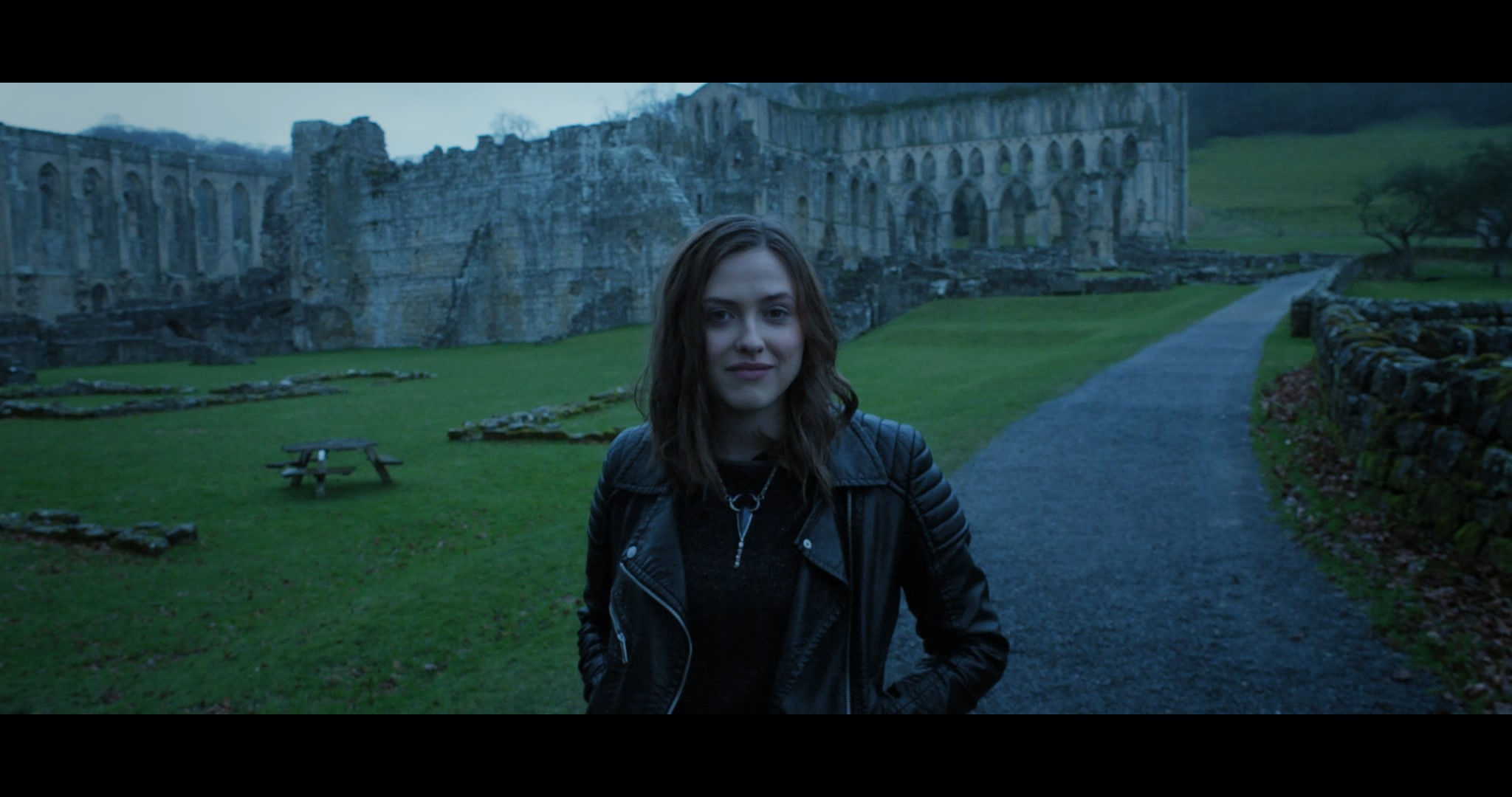 Whitchurch High School’s very own Elinor Crawley, has appeared in many screen productions such as Vikings and The White Queen since her debut in the Welsh made film Submarine. Carl Marsh got to talk about her latest movie Burning Men.

Your latest film has a POV (point of view) camera angle to it, and it took me a little while to get used to it, but once I did, I really did get to experience a film like no other I had seen, wouldn’t you agree?

It’s an experience, and we had the same warming up process during the shoot as it was an entirely different experience to shoot in mostly only POV, apart from a few wide-angle shots. We as the cast all had the same exact kind of easing into it. We shot a scene, then had to have the camera operator stand-in for each character, so each time we were switching in Arun Taylor, (who was our camera operator) for the actors. This was immediately bizarre because (as an actor) you are always searching for the other person’s eyes as it feels totally unnatural to stare down the lens of a camera while somebody else is talking. We had to find ways around this by actually hiding behind the camera to hide our eyes essentially because it was impossible to not connect with the person who is speaking. Apart from a few technical issues early on that by the end of the shoot, it was second nature.

How long was the shoot?

It was four weeks in total, one week in London and then three on the road. It was a mad, fast-paced and tense experience. I know that on the next job I went onto that I found it really hard not to look at the camera a couple of times, which was embarrassing!

Was it just a case of you just turning up then and getting used to this POV, as you probably couldn’t really prepare in advance?

We really didn’t have a lot of rehearsal time, we only had time for a read-through. I think the boys (Aki Omoshaybi, and Edward Hayter) had a little bit of a play (with the equipment) as I know at one point they were going to use a head cam for the driving but that didn’t end up working out as it wasn’t safe, basically, and it didn’t make sense! It is really disarming staring down the camera, it really forces you to use your imagination because you haven’t got a face coming back at you and to play off of.

It must have all been down to good timing as an actor and, also having good editors with you?

Yes, our editor Kant Pan was incredible, he was always picking up on things in the edit such as what was missed on the shoot, so he made it all work.

The film is an independent film, but it comes across as a class act in that with the editors, the producers, the writers, the actors and the director, you’ve got a lot of experience there, and the film might not have had a lot of budget, but what budget you did have, it was not wasted?

Absolutely, absolutely, it was a super-low budget piece, and I think a lot of favours and ‘goodwill’ were involved (she laughs), which was just lovely to hear in this industry. It has a really strong British, and like you said, talent about it.  It’s about showing this good British talent and I think you are right, they have done really well with the budget.

The film depicts a lot of the length and breadth of England, and is not just shot in London where it starts off?

It’s very much an east coast road trip as I know that Jeremy Wooding, our director, wanted to include England as one of the characters, essentially. They did a lot of research and visits to the countryside to find all these eerie locations and little hidden gems. It was beautiful to be able to live that essentially as it was really an immersive job because we were on the road for the whole shoot, as we didn’t spend more than two nights in any given location. It was like “go, go, go” as sometimes we would shoot for half a day, then we would be travelling for the rest of the day. We were properly living it as you see in the film, the road trip was what we were on! It was amazing fun.