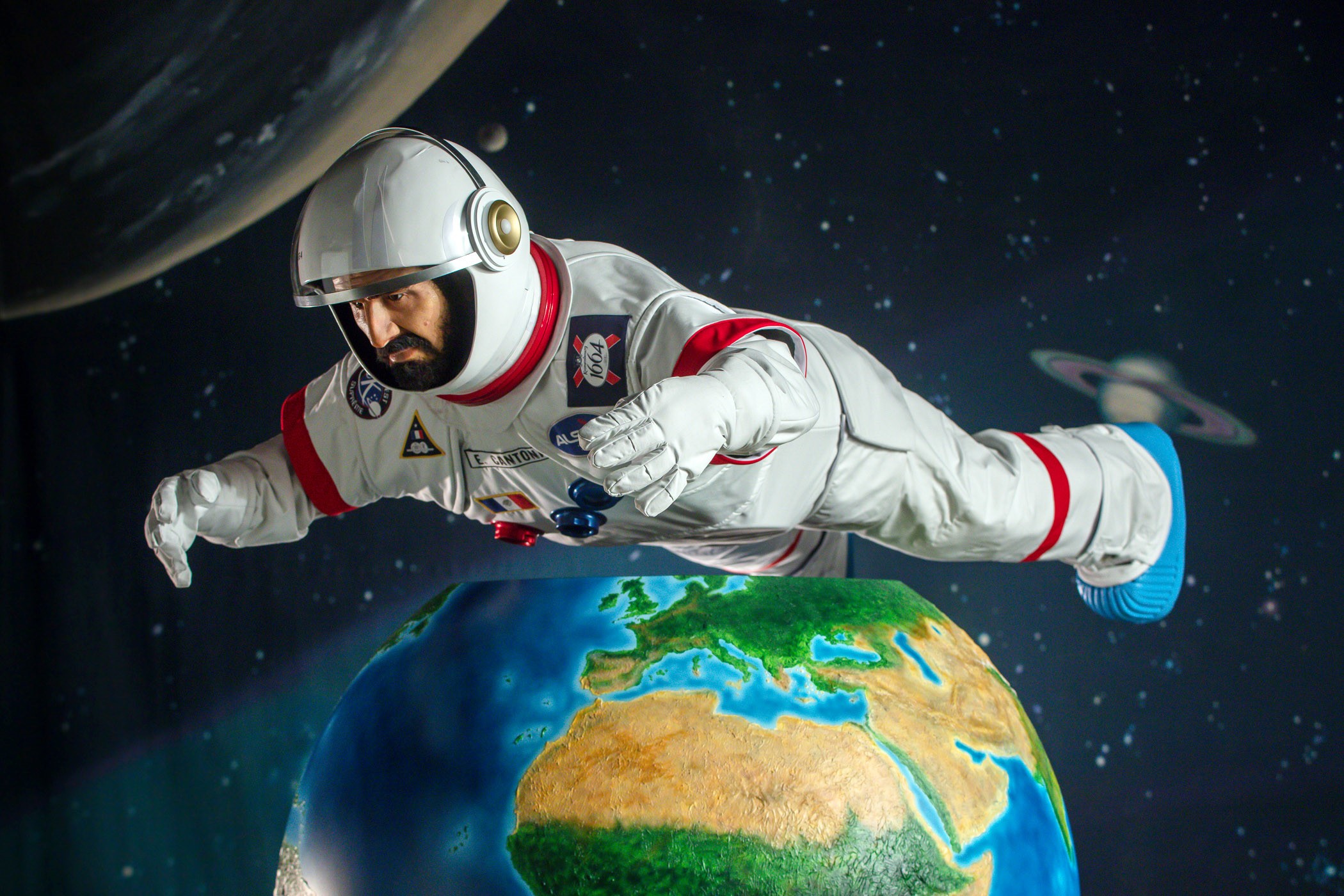 Eric Cantona has today announced that he is going to space in order to prove that Kronenbourg is ‘le taste supreme’ in the entire universe. Cantona’s out-of-this-world announcement can be viewed here: https://we.tl/t-nMies74f14

To commemorate the monumental news of Cantona’s space odyssey, Kronenbourg has unveiled the world’s first ‘anti-gravity’ monument: it’s a levitating, lifelike statue of the legendary Eric Cantona, wearing a spacesuit, and floating in thin air – just like an astronaut would in the weightless and boundless expanse of space.

There are no strings or trickery involved in the unique gravity-defying monument. It uses some of the most powerful and state-of-the-art magnetic levitating technology to enable the life-size statue of Cantona to float and it is believed to be the largest object ever levitated using this technology.

The levitating technology is concealed within a sculpture of the Earth and the statue of Cantona floats and rotates above it. The ‘weightless’ monument took a team of sculptors and levitation experts from Crealev months to create and perfect. Hundreds of hours of R&D went into its development, to ensure that the effigy of Eric as an astronaut was true to life, yet lightweight enough to levitate in a spectacular fashion. A video of the monument can be viewed here: https://bit.ly/2HUUXy0

The anti-gravity monument will be going on public display at London Victoria station on the 6th June, where commuters and passersby will be able to view the levitating technology and the hyper-realistic sculpture of Cantona floating above it up-close and with their own eyes.

Richard Barnes, marketing manager for Kronenbourg 1664, said: “For years, we’ve known that Kronenbourg is le taste supreme in this world so the only place left to go is the final frontier, proving it’s the best tasting beer in the universe.

“Eric is a long-term fan of Kronenbourg and whether in football, in film, in literature, in press conferences or in life, he’s never been afraid to push boundaries and do what others could not or would not do. For Cantona this trip will be one small step, but for beer – a giant leap. We want to honour Eric’s mission, one that he’s undertaking entirely in the name of Kronenbourg, in a suitably space-age and epic way – and a monument of the man, dressed in a spacesuit, and floating like a weightless astronaut certainly fits the bill.”

Behind the scenes training videos of Eric’s arduous journey preparing him for his trip to space will be chronicled on Kronenbourg’s website (www.k1664.co.uk), before lift off on July 5th. Watch this space for further updates.