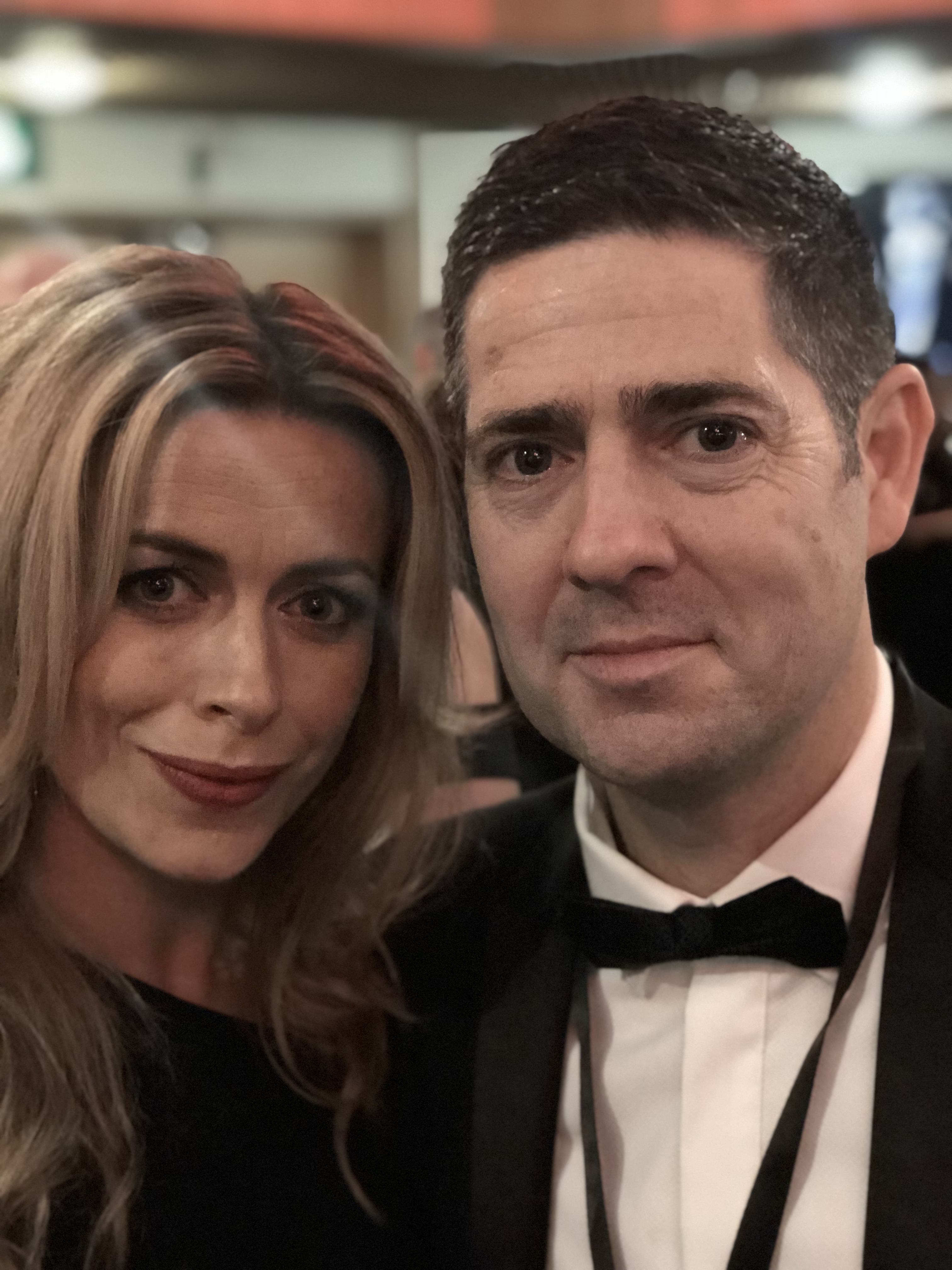 Do you miss the theatre as I know this is where you did a lot of acting work before?

Yes I miss it very, very much as I am always being offered some lovely, lovely stuff in theatre but you know, I have a four and an eight-year-old, and I live in Cardiff, and the thought of going away to London and West End or touring is just an impossibility for me until the girls are older. You make sacrifices, and that’s one sacrifice that I’ve made, and that’s ok as theatre is not going to go anywhere. And I’m not going to go anywhere, and we will meet again at some point, and it will be something huge and really juicy. I can’t wait! I had the time of my life at the RSC (Royal Shakespeare Company), I learnt so much. When you walk into places like the National Theatre, and it’s the time you go to rehearsals or go to your dressing room, or on the stage, it’s a remarkable journey for anybody to be a part of that. The theatre is magic. And every night you get to do something different. It’s a little bit like doing the series (Keeping Faith) in Welsh and in English, where they would get the scene in the English, or they’d get the scene in the Welsh, and then they’d have to do it vice-versa, and then maybe you would do something a little bit different. Faith Howells and Keeping Faith are very visceral, it’s very raw, it’s very free, and it needs to feel like that at any point. Performing some of the classic’s in the theatre makes you feel like you are a part of history, it’s very precious to feel like that.

Where did you get your passion from for the stage and acting, was it from a very early age or something you developed later on?

I don’t know really, we didn’t have any GCSE drama in school or anything, maybe we put on a Christmas play every year but I auditioned for the National Youth Theatre Wales when I was 15, and I guess that’s when I started to learn about the theatre. That’s when I started to read Shakespeare and all the classics, and I remember thinking “Oh my god, this is a world that has been closed to me and I wish it had been opened when I was younger”. There are so many different stories and worlds to explore, and it’s so freeing to have that sort of text’s and not to be scared of it because Shakespeare created a lot of our language, and yet people are afraid of Shakespeare. We speak it every day! It’s just a different way of thinking and tuning yourself into it in a different way like I’ve learnt Welsh, it’s just tuning yourself into and accepting it, being patient with it, and then it starts to work. My passion for the theatre, well, to be honest with you Carl, I think the god’s honest truth is that as I was brought up in a council flat and a council house all my life on a council estate, and whilst we had very little, we had a lot of love and a lot of fun, but what we also had a lot of was movies. My mum didn’t have a car and didn’t drive, and the weather, which you can imagine was ‘pretty bad!’ in South Wales a lot of the time, so a lot of the time was spent watching movies. I remember at a very young age, say four or five, watching the Wizard of Oz, E.T., and then (when older) other things like my favourite film Weird Science and all those other 1980’s cool films like The Goonies, they would transport me from my council estate in my council flat or council house, it would transport me into these American dreams and it broadened my horizon, it made me think, it got me excited and it got me performing. That’s where my roots have come from with acting; it’s from watching American movies as a child.

So it was down to films like Weird Science, St Elmo’s Fire, The Breakfast Club and things like that, that gave you the motivation to get into acting when young?

It was just this freeing essence about these American movies and what could be, and what’s out there.  I do my very best for my children, and it’s ‘really’ important to be taking them to the theatre. It’s really important, even if it’s just a pantomime every year, it’s important to sit in a live audience and to see a live production. It’s ‘thrilling’, and it’s a lovely thing for a family to do together, it’s exciting, and we do it every year. We won’t miss Cardiff and Mike Doyle in that pantomime every year, we ‘love’ him, we think it’s brilliant. And the kids love it, and they get used to going and sitting in a theatre and being part of an audience and learning a type of etiquette that you should learn and be educated about while being a theatre member. When I was younger, I was taken to The Pavilion in Porthcawl where I would get to see a panto and other bits and bobs, but I was never taken to see a play. I remember being about 14 when I was taken to London to see Starlight Express, and it was otherworldly to me, it was unbelievable that this magic happened when you walked through these doors, and you sit down. I felt at home, and these seeds were being planted, but it was all about those 1980’s movies that were the big influence on me and with why I do what I do.

Well, in a big, big, big, big way. I can’t, even to this day, and I’ve just turned 40, yet I can’t believe it, I’ve just been blessed to work in these beautiful theatres and to have all these gorgeous scripts, and to work with the people that I have worked with. I look forward to the day that I can go back to the RSC; I’ll look forward to that. And I’ll look forward to doing a big contemporary play again in the West End, that would be nice. You know, my babies come first, and I don’t like being away from them, I get ‘terribly’ homesick and I miss them so that I wouldn’t be in the right creative place right now.

Last question and one I have to ask you about is Torchwood; you must get asked questions about that show all the time, you must miss being involved with that series?

I miss Torchwood like I miss the sunshine. I miss sci-fi because that’s magic. We did heightened drama, and we created things that didn’t exist, we challenged peoples judgment of the non-fiction, and we created worlds and characters, fears, joy and love, you know, it’s a beautiful world to be under that house, to be under that roof of sci-fi, god, it was wonderful. I miss Gwen Cooper very much; I miss her sap, I miss her strength, I miss her brutal kind of fisticuffs. I miss the banter with the cast; we had such a great time. But we had five great years, and we’ve continued doing the audio’s which are massive and successful, and if there isn’t a day that goes by that I don’t get asked, there’s a few, such as “When is Belonging coming back?”, “When is Torchwood coming back?”, You know, if a day didn’t go by, I’d be shocked! It’s incredible, those lovely shows and I hope it stays with me forever. I’ll love it forever.