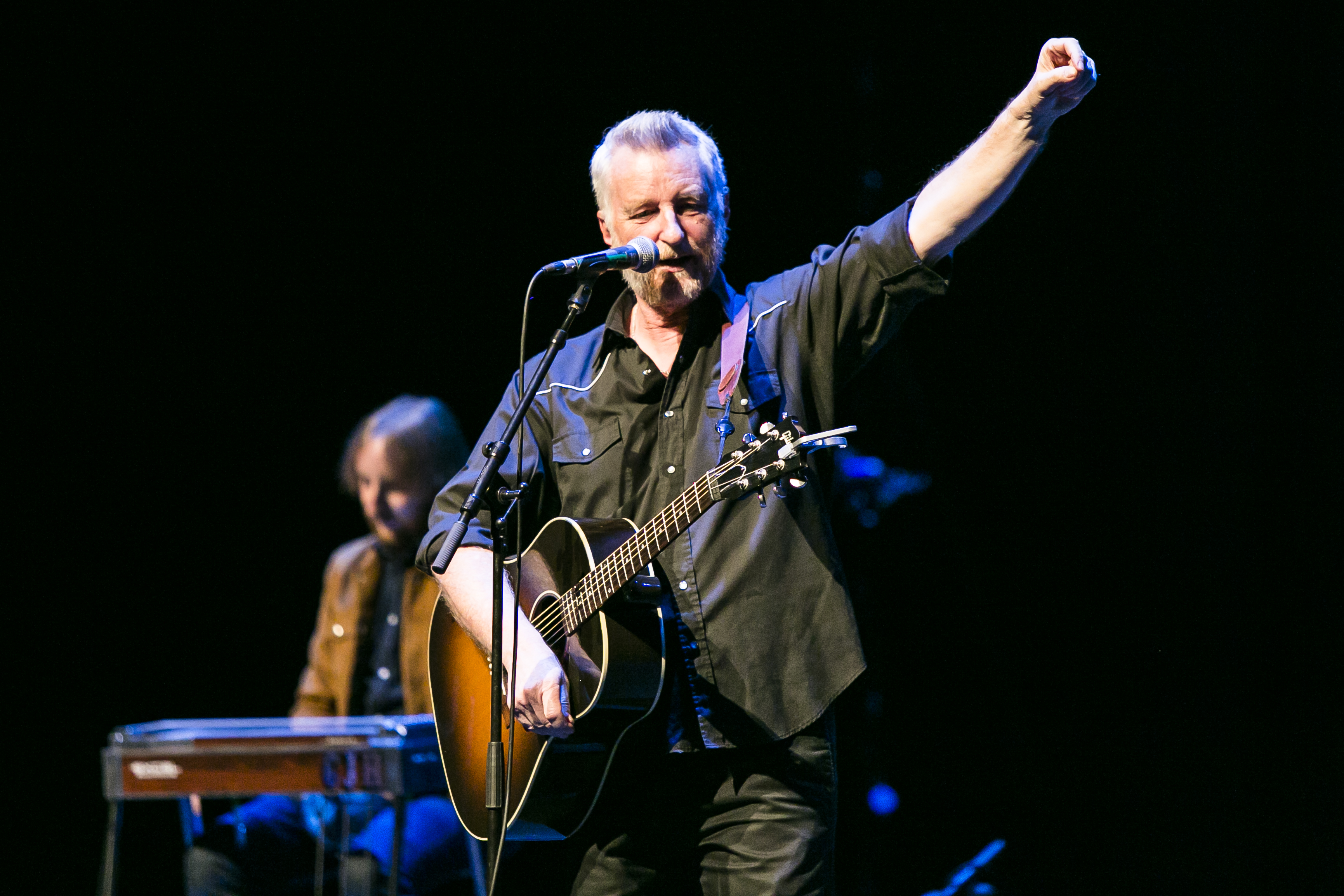 Elvis Costello triumphantly marked the end of Festival of Voice 2018 at Wales Millennium Centre, Sunday 17 June 2018. The spectacular 11-day festival has been hailed a success by the organisers, with over 27,000 people enjoying sell-out live music shows, new female-led theatre productions and free events across the city.

Festival of Voice championed and celebrated women across the programme. Psych-pop star Gwenno, presented ‘Edrica’, a one-off show which was commissioned for Festival of Voice, and Charlotte Church presented a joy-fuelled evening at Wales Millennium Centre entitled Utopia, featuring a selection of innovative international artists with voices from world music, cabaret, electronica, synth-pop and spoken word. 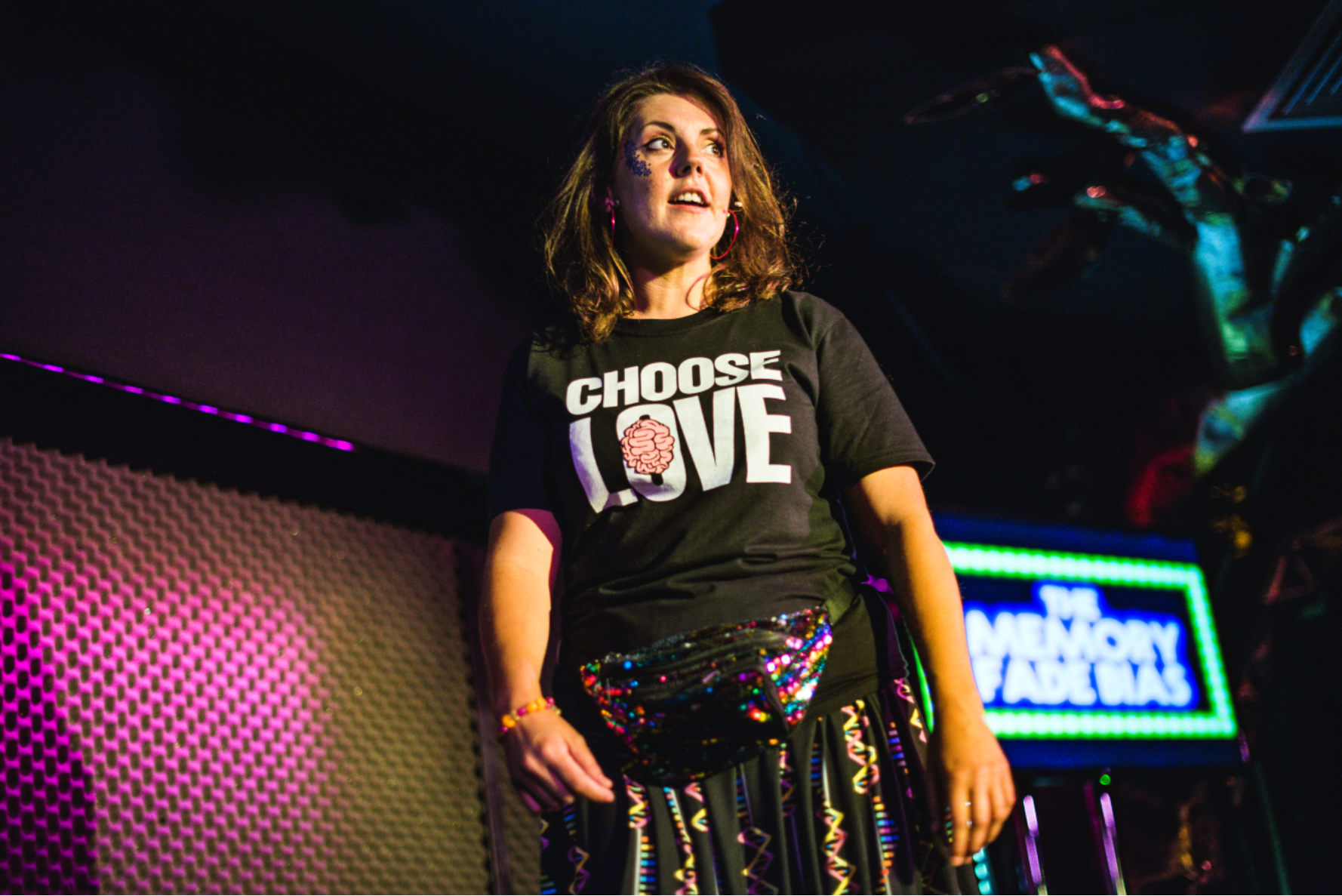 year’s festival, co-produced by Wales Millennium Centre – ‘Lovecraft (Not the sex shop in Cardiff)’, a one-woman-science-comedy-music show from Carys Eleri which will go on to Edinburgh Fringe Festival in August; ‘Highway One’, a touching and funny tale of pilgrimage from August 012 and singer-songwriter Katell Keineg; ‘Double Vision’, a new thriller and multi-sensory inclusive experience inspired by Hitchcock and Lehman from Cardiff-based gig theatre specialists, Gagglebabble; and Cave, a breathtaking theatrical exploration of the songs of Nick Cave & The Bad Seeds by Camille O’Sullivan.

PROCESSIONS Cardiff, co-produced with Artichoke, turned the streets into a sea of colour as 9,000 women from across Wales marched to celebrate 100 years of the suffragettes on the first weekend of the festival, offering women and girls a chance to unite and use their voices in this once-in-a-lifetime celebration.

Graeme Farrow, Artistic & Creative Director of Wales Millennium Centre said: “Festival of Voice has filled Cardiff with incredible voices for the past 11 days. We have witnessed many once in a lifetime shows this year, from Patti Smith’s intimate Words and Music show in St John’s Church to Gruff Rhys performing with the 72 piece BBC National Orchestra of Wales at Wales Millennium Centre. Our theatre co-productions have been a huge hit with audiences and we are proud to have collaborated with so many talented Welsh artists, writers and producers to develop these new works. This year’s programme celebrated diversity and equality across many art forms and we are thrilled that so many people enjoyed it”.

Divya Bhatia, Festival Director, Jodhpur RIFF said: “The Festival of Voice and Jodhpur RIFF collaboration has been a truly satisfying experience for all singers and musicians involved. And performances this last weekend at the festival were received with great warmth and profound appreciation. We couldn’t have asked for a better event to present this unique work!”

The Festival Hub was also home to Refugee Food Stories, a pop-up food offering and training scheme supported by Festival of Voice in partnership with Lia’s Kitchen and Oasis Cardiff, an organisation that aims to help refugees and asylum seekers to integrate into their local community. Dishes from around the world – including Sudanese Meatballs and Korean Sushi – were an absolute hit, and the popular food truck will continue on to more food festivals and Green Man festival later this year, helping to support the activities at Oasis Cardiff.

Rebecca Gould, Head of Art at British Council Wales said: “What’s brilliant about Festival of Voice is that it presented the very best of Wales to itself and to the world. The combination of brilliant locally produced shows, and internationally acclaimed singers radiating out from the Bay transformed Cardiff into a global village, where celebration, exploration and collaboration were the words of the day”.

And Festival of Voice launched Gig Buddies Cardiff, a befriending scheme that matches people with a learning disability with volunteers who share the same interests so that they can enjoy gigs together. Three interventions took place during the festival – including a boycott of the opening event speeches, where actors from Hijinx Theatre, a professional company who train actors with learning disabilities, marched with placards including powerful slogans such as “No to bedtime – I’m 27” and “Fight for our right to party.”

Kai Jones, Project Coordinator for Gig Buddies Cardiff said: “Festival of Voice has been an incredible experience for Gig Buddies Cardiff. We couldn’t have asked for a more relevant platform to launch our project and to be given the opportunity to stage an intervention during the festival’s opening night. The reaction from the audience was phenomenal. We’ve lost count of the amount of people who said the performance moved them to tears, and we had people visiting our stand in the festival hub immediately, asking to be a Gig Buddy volunteer”. 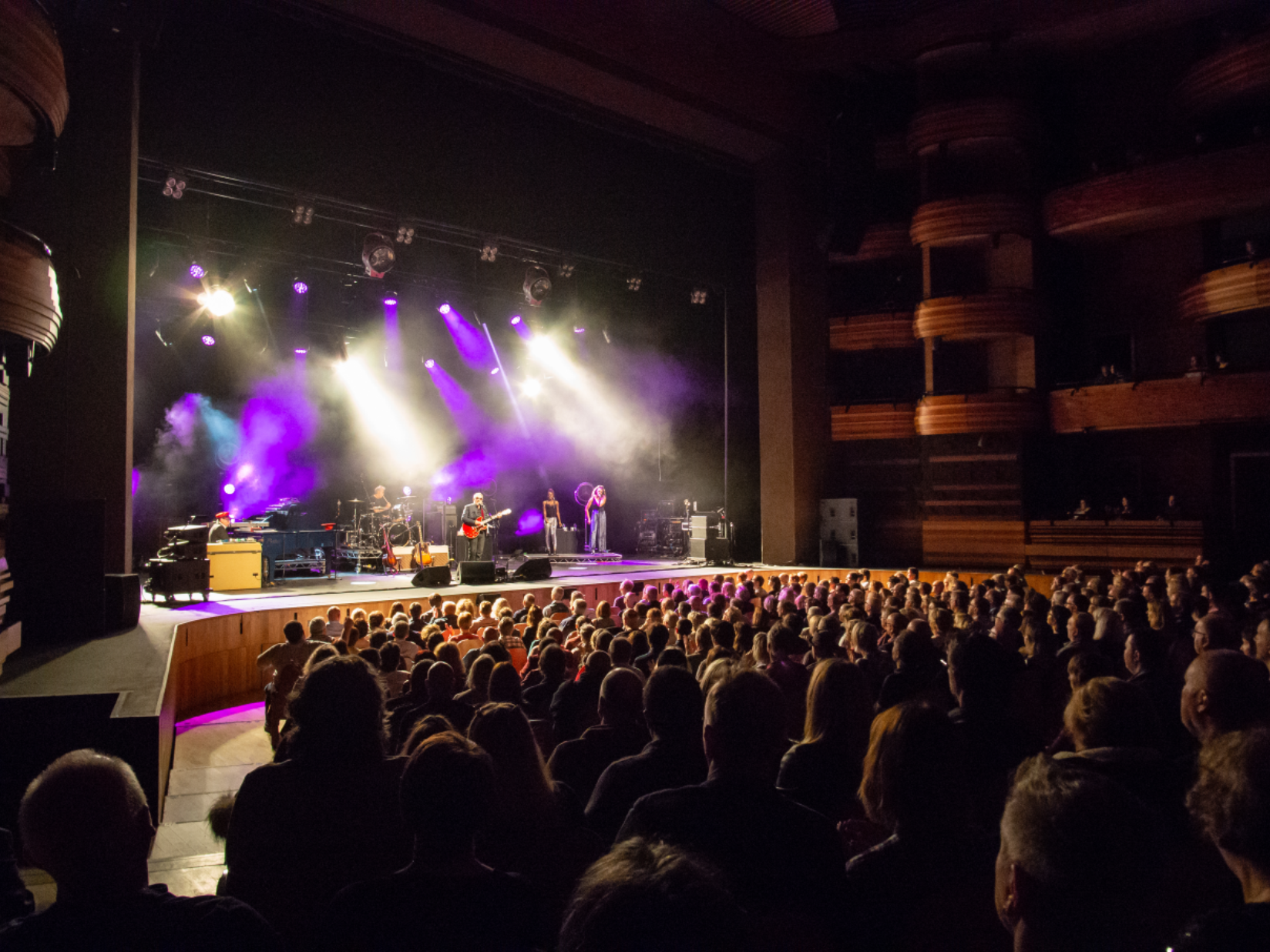