Festival Tickets Are On Sale! 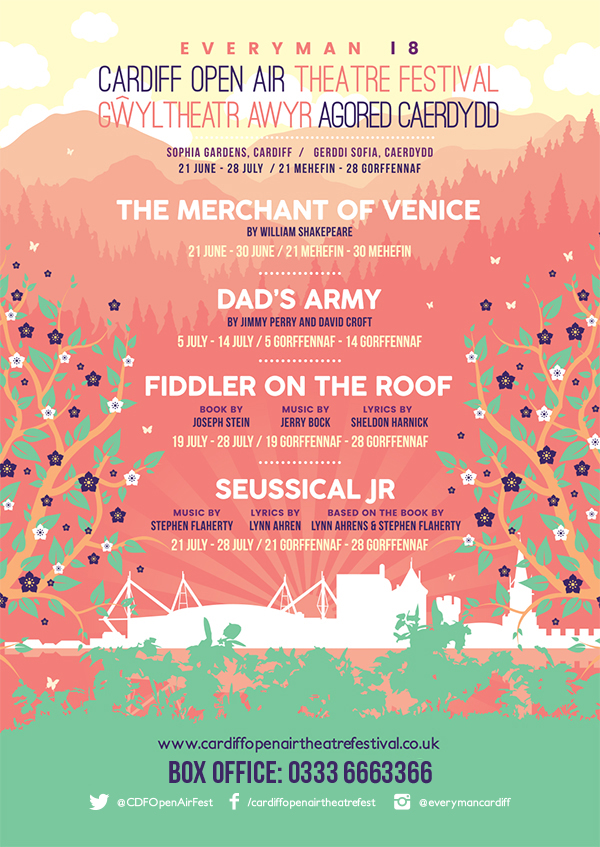 Cardiff Open Air Theatre Festival returns with more productions than ever before!

Tickets are available from the 1st of March for the following shows:

The Merchant Of Venice (21st June – 30th June)
Shakespeare’s Comedy of Love, Sex, Power & Revenge.
Money! Portia has it, Bassanio wants it, Shylock loans it, Antonio borrows it. But what happens when the Merchant must sacrifice his own flesh for the friend he loves?

Dad’s Army (5th July – 14th July)
Don’t Panic! The Homeguard will be marching into Sophia Gardens this summer. This much loved British sitcom has been specially adapted for the stage and has all your favourite Walmington On Sea platoon members.

Fiddler On The Roof (19th July – 28th July)
A heartwarming and hilarious musical that will delight audiences. Tevye & the colourful community of Anatevka witness his daughters fall in love in a time of extraordinary change. This is sure to be a breathtakingly beautiful theatrical experience.

To book tickets, visit the Cardiff Open Air Theatre’s website at www.cardiffopenairtheatrefestival.co.uk or call the box office on 0333 666 33 66.