Find Your Future With ScreenSkills!

A new campaign will launch this week to introduce people who may know little about the screen industries to the array of jobs available behind the camera – including many involving skills that can be transferred in from other sectors, such as construction. 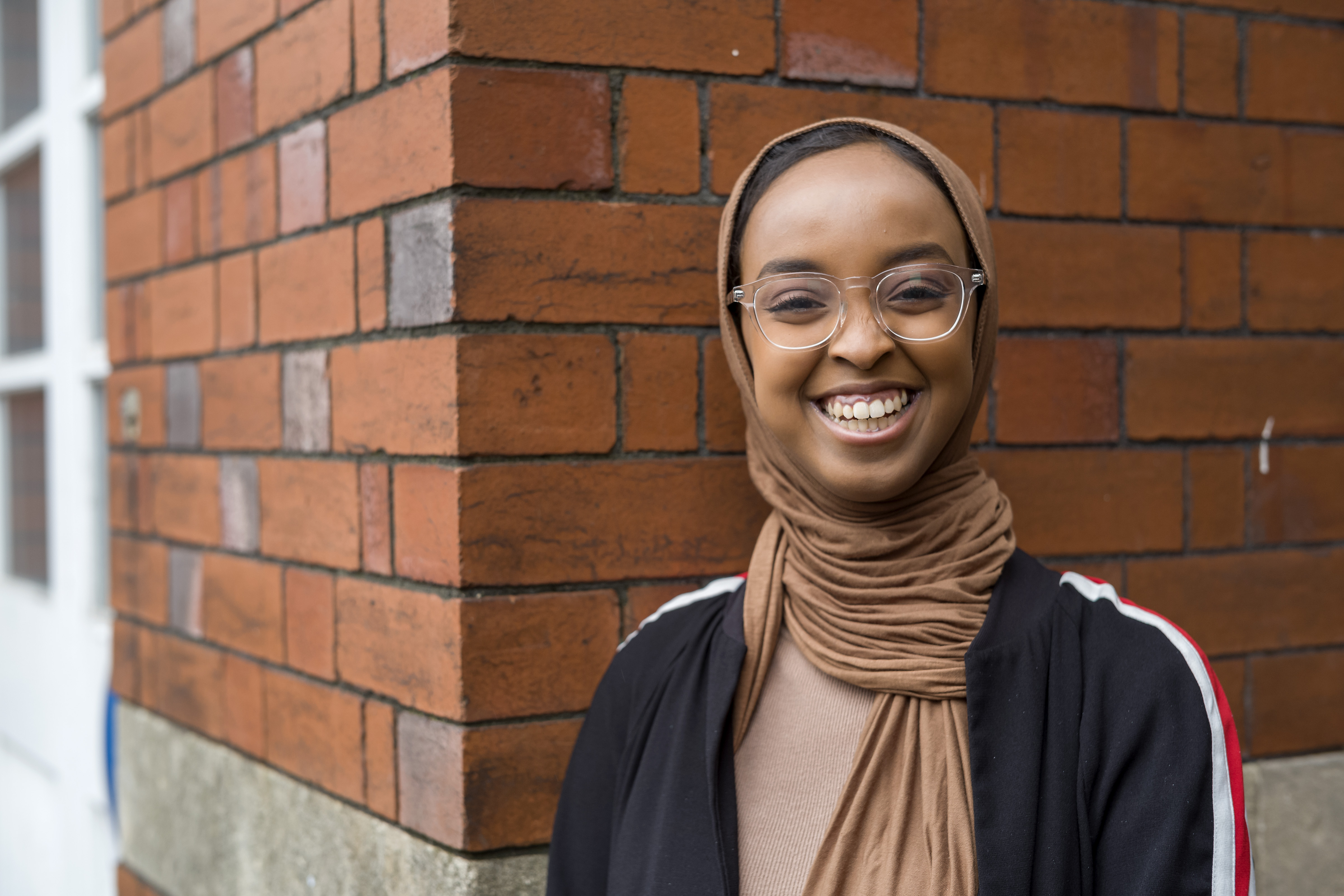 Find Your Future in Film and TV will run in cinemas, social media and online from Friday. The campaign is an initiative from ScreenSkills, the skills body for the UK’s screen industries, supported by the BFI, awarding National Lottery funds as part of its Future Film Skills strategy.

The aim is to inspire people to explore the opportunities that are available and consider using their skills in the UK’s booming film and television sector.

ScreenSkills Chief Executive Seetha Kumar said: “Most people don’t seem to know about the range of jobs available in the world of film and television. Whatever your personality or range of skills, there is likely to be a job behind the camera that might suit you and a career that could be rewarding. We hope to encourage people to investigate the opportunities.

“The screen sector is an exciting one. UK screen is a growth industry so there is work available – but we can’t recruit people to jobs they don’t know exist.”

The campaign features seven recent entrants into the industry in a variety of different job roles and tells their story of getting in and what they do.

Promotion in cinemas, online and social media will signpost viewers to information on the ScreenSkills website about the jobs available in the screen industries and the pathways to them, including apprenticeships and education courses such as degrees recognized as relevant to working in the industry.

The ScreenSkills careers team runs an outreach programme to introduce potential new recruits to the industry including Open Doors events hosted by film and television companies and boot camps to help prepare them for the world of work. Once candidates have gained some experience in film or television, they can apply for the ScreenSkills Trainee Finder programme of paid work placements.

Other training programmes are run to meet industry demand and include Skills to Film: Pinewood, a new initiative with Pinewood Studios to encourage people living near the studios and with expertise needed in the screen industries to consider transferring those skills in. Skills include carpentry, plastering, design, sewing and fitting, finance management, marshalling and logistics.

Other routes into the industry include the BFI Academy which offers training for every film industry role, from writing and directing through to production, sound design, editing and camera to young people aged 16 to 19.

Six of the seven screen professionals featured in the campaign won places on ScreenSkills Trainee Finder, and the seventh has been granted a ScreenSkills bursary to undergo training. The seven are:

Lewis Kelly, 21, of Kingston-upon-Thames, south-west London, lighting trainee, who has undergone a training programme with MBS Lighting at Pinewood Studios

Sophia Mascarenhas, 23, of Windsor, Berkshire, hair and make-up trainee, who has been working on the new Steven Spielberg/Sam Mendes film, 1917

At least 1 million people are expected to see the short films featuring the seven in cinemas in the first two weeks, with all films also showing on the ScreenSkills website and social media.

Job roles in camera, locations and visual effects are among those identified by industry as areas of strong demand. New analysis released today (TUESDAY) from ScreenSkills, with the Work Foundation, show a third of screen businesses report having recruitment difficulties in the last 12 months, with more serious problems in VFX, animation and games.

Quotes from the campaign seven

Charanprite Dhami, who used to be a teacher in prisons before pursuing her dream of working in film, says: “Typical Indian parents only want you to be doctors! I always wanted to be in film. My inspiration is Asif Kapadia, an amazing film director/filmmaker [of the documentaries Amy about Amy Winehouse and Senna about the racing driver Ayrton Senna]. I learned he was Muslim and thought, ‘Wow, they’re stricter than Sikh. If he can do it, I can do it.’”

Ziggy Gray says: “I love my role as I’ve always enjoyed travelling and being outside. But without ScreenSkills, I don’t think I would have had the courage to get the contacts I needed or find a way in.”

Lewis Kelly says: “My grandad was a builder and my dad and uncle. I never thought I’d be able to get into film – it’s like an undercover industry. That’s why it’s great that ScreenSkills are showing people the opportunities out there.”

Sophia Mascarenhas says: “I didn’t actually know anyone in the industry. ScreenSkills gave me that step up.”

Umulkhayr Mohamed says: “I’ve been interested in films my whole life. But I come from a background where people don’t really know that these kinds of jobs exist. I’ve seen that no matter what kind of personality type you have, you can definitely find a role that suits you in the film sector.”

Shani Vizma says: “Visual effects is really diverse. There’s something for everyone. If you’re a quiet person, be a VFX artist. If you’re someone that loves holding a room, you could be a manager. I really love VFX. I’ve found a home there. There are women at the top who are really inspiring, they’re real powerhouse women. That’s where I’d like to get to.”

Find Your Future in Film and TV is one of a range of initiatives designed to find, develop and retain the skilled workforce, including training programmes from new entrants to executive-level across all parts of the industry.

The making of the cinema campaign received in kind support from industry including EON Productions, Pinewood Studios, MBS Lighting and movietech. A number of cinema chains including Vue and Cineworld, have committed to run the ads throughout the year.

Barbara Broccoli, of EON Productions which lent its stages at Pinewood for filming, said: “Finding the next generation of talent and diversifying the workforce is so important to the continuing success of UK film so we were delighted to be able to help ScreenSkills with their cinema campaign by helping to provide stages at Pinewood to film on.”

Andrew M. Smith, Corporate Affairs Director, Pinewood Studios, said: “ScreenSkills has a pivotal role to play in attracting a diverse range of talent into the industry. This important campaign will help cinema audiences across the UK to understand that there are a huge range of roles in the film industry and it is something that they can be a part of.“

Phil Clapp, Chief Executive, UK Cinema Association, said: “Like any industry, the film sector is only as good as the talent it can attract to work within it. While the UK film industry is world-renowned, we know that there is more we must do to ensure that we cast the net as widely as possible to ensure that there is a clear route into film for the brightest and best, regardless of background. I very much hope that this brilliant series of short films will fire the imagination of talented people up and down the country, convincing them that they too can forge a rewarding and exciting career in our sector.”

Shaun Jones, VP of Operations (UK and Ireland), Cineworld Cinemas, said: “We think it is important for the whole industry to consider how to find new and diverse talent, so we are delighted that ScreenSkills’ new campaign features exhibition among the jobs available behind the camera. We intend to continue to promote these ads in our cinemas.”

ScreenSkills, formerly known as Creative Skillset, is the industry-led skills body for the UK’s screen industries – animation, film, games, television including children’s TV and high-end drama, VFX and immersive technology. We work across the whole of the country to ensure that UK screen has access now, and in the future, to the skills and talent needed for continued success.

The BFI is the lead organisation for film in the UK with the ambition to create a flourishing film environment in which innovation, opportunity and creativity can thrive by:

The BFI is a Government arm’s-length body and distributor of Lottery funds for film. The BFI serves a public role which covers the cultural, creative and economic aspects of film in the UK. It delivers this role:

Founded in 1933, the BFI is a registered charity governed by Royal Charter. The BFI Board of Governors is chaired by Josh Berger CBE.

About the Work Foundation

The Work Foundation is an advocacy and research organisation which is a part of Lancaster University.