Fish and Bricks by Vince Nolan 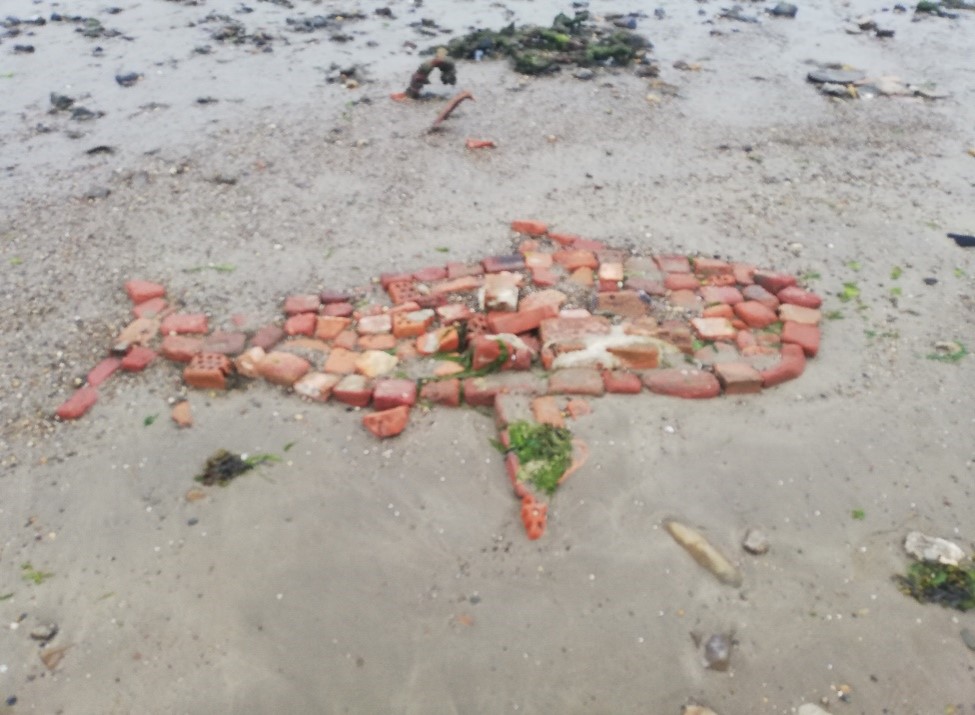 My fellow self-isolators, on a recent weekend away in Devon, we saw this fish sculpture on the beach.  A nice use of builders’ rubble wouldn’t you say.  Funnily enough, I’ve been training as a sculptor since lockdown but I’m not particularly good at it.  Just the other day I made an Elk from limestone which I thought was good, but my art teacher Mr Watson couldn’t work out what it was.  I said to him:  “Surely you can see that it is sedimentary, my deer, Watson.”

Sat in our hotel in Devon, at breakfast and a woman said to the waiter:  “As a resident I did not expect to be sat by the door.”  Quite where, in the socially distanced dining room she expected to sit remained a mystery.  Bizarrely she moved to a table outside which was still near the said door.  Same scenario, another woman said to the waiter:  “For what we are paying to stay here I expect better service than this.”  The service as always was exemplary and the £120 per night she was paying was hardly Ritz prices.  On the plus side she had a pneumatic face which unfortunately, had suffered a puncture.

Finally, a couple came down to breakfast wearing life jackets.  We couldn’t work out if they had a boat or were extras in the local amateur dramatic remake of Titanic.  Coincidentally, my father was there when the titanic sank.  He shouted 3 times that it was going to sink until they finally kicked him out of the cinema.

Picture the scene, I recently met a company from Turkey looking to open a new plant in South Wales.  There were 6 in their team, me and two agents to show us round the Newport factory they were thinking of buying.  Unfortunately, it was 93 degrees and we were made to wear high vis jackets and hard hats.  We walked around the property which was 1 million sq ft over three floors and no lifts.  You could have poured us out of the building.  They reckoned it was hotter than Turkey.  Talking of sweat, my Grandfather always used to say, “I put blood, sweat, and tears into my work!”  Good man, disgusting bartender.

Apparently, a quarter of native mammals are now at risk of extinction in the UK.  This is according to the first Red List of UK mammals – a comprehensive review of the status of species, including wildcats, red squirrels and hedgehogs.  The Scottish wildcat (below) is listed in the most severely threatened category of critically endangered according to Dr Kat Fingland, from Nottingham Trent University.  She is aptly named and he don’t look too wild to me.  Maybe that’s his problem. 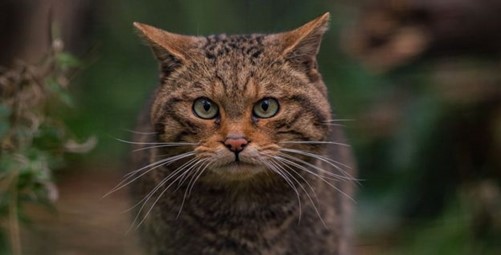 What is the difference between a cat and a comma? One has the paws before the claws and the other has the clause before the pause. 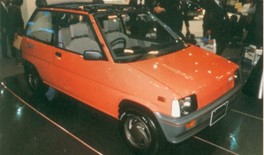 What is it about car names?  The Tiguan for instance.  Is that a cross between a Tiger and an Iguana?  What about the Nissan Friend-Me or the Mazda Bongo?  My favourite has to be the Mitsubishi Minica Winky pictured here.  Never caught on funnily enough.  If you don’t believe me look it up.

One of our favourite watering holes, The Dragonfly recently opened its doors again.  In truth, a mixed blessing.  Canned beer is much cheaper than draught beer and I figured we must have saved thousands of pounds during lockdown.  Whilst looking at Dragonfly related stories etc I came across this exciting piece of algebra:  The function f(x)=4(3)^x represents the growth of a dragonfly in a swamp across a year.  Who makes this stuff up?

Why is it that the idiot percentage always try to spoil things for everyone else?  We were in another local, The Sanitisers Arms, behaving correctly and as instructed, when a bloke came in through the out door and out through the in door and kept doing it.  He was smashed out of his head having been drinking all day apparently.  On being challenged by the Bar Manager, he expelled a number of Anglo-Saxon expletives, some new to me, claiming that there was no pandemic and he was not going to comply with any petty rules.  I eagerly offered to help the Manager throw him out but unfortunately he declined the offer.  The guy was then banned from the pub for life which he will come to regret since it was his local.  One hopes the Covid virus visits him soon.  He should have my brothers’ job, nursing dementia patients with Covid 19. To date he has had to hold the hands of 8 patients who died since no relatives were allowed to visit them.  Conspiracy theory, I don’t think so.

Anyway, to lighten the mood, my aunt Marge has been so ill for so long that we’ve started to call her ‘I can’t believe she’s not better.’

I recently downloaded a brilliant mobile app called What Three Words which is a location finder.  It divides the world into 3m squares and gives each square a unique combination of three words making people and places easier to find.  Trouble is I have lost my phone.

Talking of phones, the current Mrs Nolan recently threw her Huawei phone onto our tiled floor whereupon it disintegrated.  This was not some protest at their continuing battle with Mr Trump but a cunning plan to have a new phone, 5 months ahead of our contract renewal date.  She now has a new iPhone from Apple.  Not a bad exchange.  I will wait until the renewal date once I have found my phone.  Somebody said “try ringing it.”  I said “with what?”

So I borrowed the Leader of the Oppositions’ iPhone and called up the spiritual leader of Tibet and he sent me a large goat with a long neck.  Turns out I phoned Dial-a-Llama.

Finally, to the man on crutches dressed in camouflage who stole my phone : you can hide but you can’t run.