I must confess to having dipped into and out of the recent Olympic Games coverage but from what I saw and have since seen with the Paralympics, I confess to being blown away by the dedication and talent of this special group of people.  However, not all of us share this view.  In a recent evening out with the current Mrs Nolan (who is in training for the Triathlon, or Cage Fighting or something), we repaired to the local hostelry, The Couch Potato.  There, we were forced to listen to two blokes bemoaning recent events in Rio.  Apparently, the presenters were rubbish, the competitors were rubbish, the venues were rubbish and the officials were rubbish.  More importantly, no professional sports people should have been allowed to compete.  Two things struck me, (a) clearly neither of them had ever competed at any level in any sport themselves and (b) despite their opposition, they seemed to have managed to watch all two weeks of the Games but had failed to notice that Team GB were outstanding.  I then gave them my overview of the Games they wanted to see.  It went something like this:

Water polo would be much more fun if it involved horses.  Beach volleyball should be played on a pebble beach to stop all that diving about stuff.  The three-legged, egg and spoon and sack races would all make an appearance.  Ditch the stadium and use a field and river for the events with the winners receiving Marks and Spencer vouchers instead of medals so as not to infringe their amateur status.  Cardiff could then afford to host the Games and global crowds of many dozens would then tune in.  Main sponsors would be Luigi’s Italian Café, Pontypridd and The Old Arcade Public House.  They got the message! 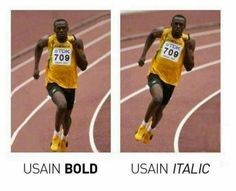 Oh what are we to believe Dear Reader?  Lies, damned lies and statistics (ironically attributed to Benjamin Disraeli by Mark Twain and to Mark Twain by many others).  This pretty much covers news events I have been following over the last week or so.  Let me share some headlines with you from the same edition of the same paper and written by economists:

Confusing I know but to make matters clearer:  A mathematician, an accountant and an economist apply for the same job.  The interviewer calls in the mathematician and asks “What do two plus two equal?” The mathematician replies “Four.”

Whilst no longer involved in the daily cut and thrust of rugby administration, I am still on a number of email lists which is both annoying and amusing, at times.  The latest subject to catch my eye is the WRU Statement of Truth.  All clubs have been instructed to formally state that they are not paying their players (below professional level that is).  I am afraid that I am too cynical to believe in the validity and accuracy of such an exercise (in the case of some clubs that is).  This had me in mind of the “Circle of Trust” from the film, Meet the Fockers.  For the uninitiated, it is a family thing with non-members being on the outside as per the diagram below until they have earned approval to enter.

Whereas the Statement of Truth –

WRU: “Are you paying any of your players?”

WRU: “Thanks for clearing that up.”

You may or may not know that I write for a living.  Not that you could deduce that from reading this drivel but I write business plans for companies who are seeking funds from Government to expand or indeed commence operations in Wales or the wider UK.  As part of my marketing approach I am a member of Linkedin which many of you will know is the World’s largest professional network of business people.  Essentially you provide an electronic profile on the Interweb thing which showcases your skills and experiences.  You might not be too surprised to learn that this can lead to all sorts of exaggeration, lies and some very odd job descriptions.

For example, I recently ran across the following:

This prompted me to consider changing my profile from “Business Planner” to “Narrative Alchemist – Transforming Words into Money”.   Snappy ain’t it?

Talking of work, I don’t know about you but the biggest irritant I have in business is being on the receiving end of somebody trying to sell me goods or services that I do not want.  The icing on the cake is when they cannot spell either.  My theory is that so many people communicate in authentic gibberish these days, via the interweb, that they cannot communicate properly when required to do so.  To illustrate the point here is an extract from a recent email I was sent:

“With this in mind we are certain we will be able to win your business and we would love the chance to try and put our foot in the door.  Also it would be much appreciated if we could send across a quote for your landline aswell wich dosent just give you a nice and easy converged solutution it allows us to make our prices even more competitive”.

This is an entirely genuine excerpt from an email.  My response was not suitable to be shared with the educated readers of this august publication but suffice to say, I advised the sender that he had in effect put his foot in his mouth rather than htrough my door.  (I know). 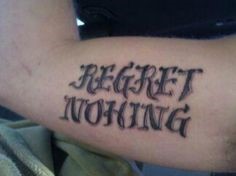