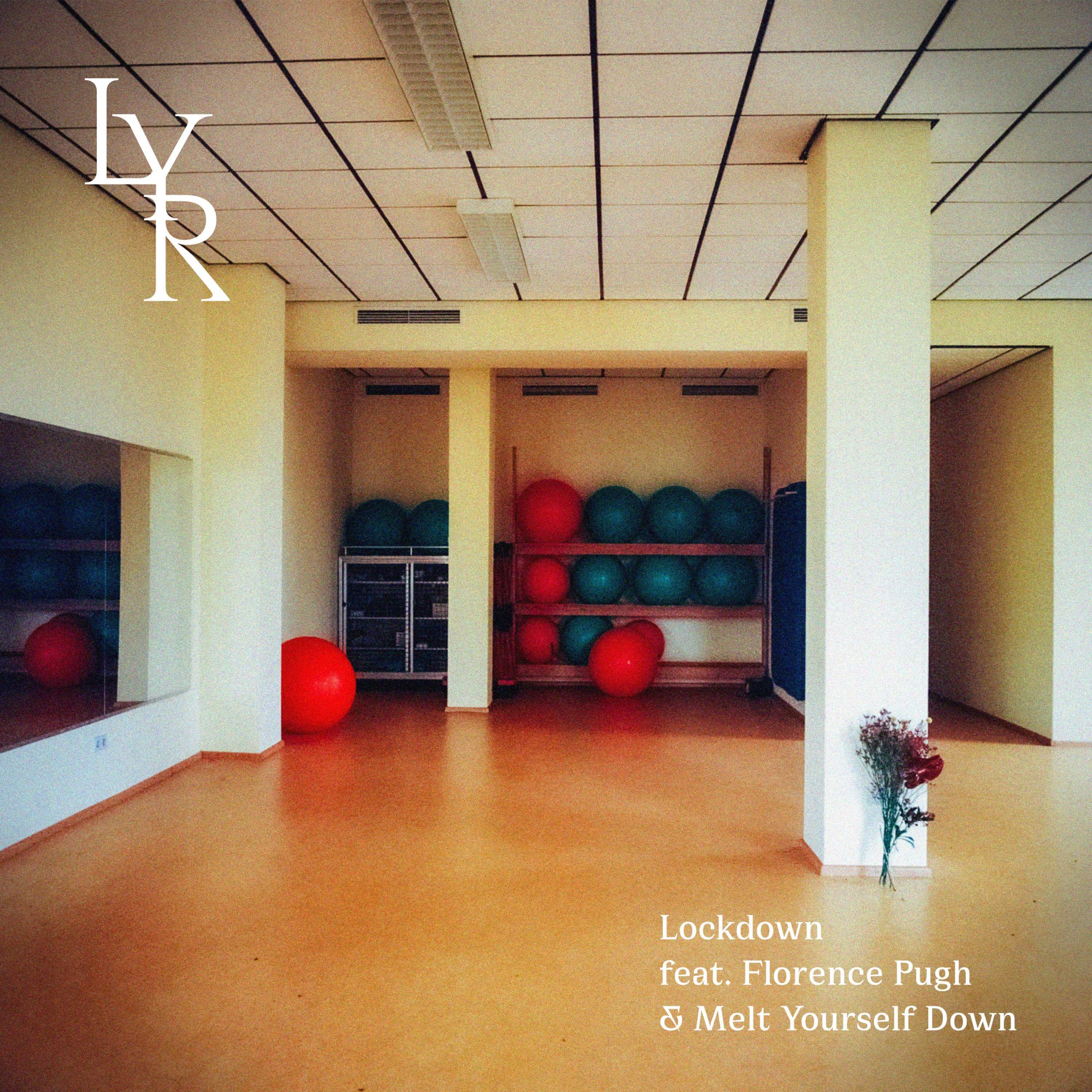 Award-winning actor Florence Pugh (Little Women, Midsommar, King Lear) joins L Y R – Simon Armitage, Richard Walters and Patrick J Pearson – for a special setting of Armitage’s newest poem, ‘Lockdown’, recorded remotely at the height of the COVID-19 pandemic. It is the first time Florence Pugh has contributed both spoken word and vocals for a song. Proceeds from the release, out digitally via Mercury KX on 14th May, will go to Refuge, a UK-based charity providing specialist support for women and children experiencing domestic abuse.

Written by Poet Laureate Armitage in response to the coronavirus restrictions, ‘Lockdown’ moves from the outbreak of bubonic plague in Eyam, Derbyshire in the 17th century – when a bale of cloth sent from London inadvertently brought fleas carrying the plague – to the poem Meghadūta by the Sanskrit poet Kālidāsa, which follows the legend in which an exile sends words of reassurance to his wife in the Himalayas via a passing cloud.

Ahead of their debut album release next month, the poem has now been set to music by LYR, the trio comprising Armitage, Walters and Pearson who recorded each track in isolation, with guest vocals from Pugh and saxophone from Melt Yourself Down’s Pete Wareham.

Armitage says, “We’ve worked flat out from three points of the compass – the song has been accomplished via the wonders of technology, the internet being no respecter of quarantine rules. The musical tones of the track echo the atmosphere of the lyrics, claustrophobia rising to a hopeful euphoria, the magical landscape at the end of the poem transformed into a vibrant and pulsing soundscape. We also knew that we wanted a female voice in the mix and were thrilled when Florence Pugh agreed to contribute. Florence brings intelligence and intensity to everything she performs in – we can’t thank her enough.”

The choice of national domestic abuse charity Refuge as beneficiary for this charity track was prompted by news of a sharp increase in demand for Refuge’s National Domestic Abuse Helpline since the UK entered lockdown on 26th March, and by the themes explored in ‘Lockdown’.

Armitage explains, “One subtext of the poem is the difficulty of communication during stressful situations; we have been especially conscious of the rise in domestic abuse cases and violence against women and children during the coronavirus restrictions, and all proceeds from the track will go to the charity Refuge, who we are proud to be working with.”

Sandra Horley, CBE, chief executive of Refuge says: “Refuge is enormously thankful to Simon, Florence, Pete, Richard and Patrick for supporting our life-saving work through this exciting project. Almost one in three women will experience domestic abuse at some point in their lifetime; it is the biggest social issue facing women and girls in this country. Public support for services like ours is more important now than ever. It is critical that Refuge’s Helpline and our refuges continue to provide urgent support and safety for women and children trapped with their abusers during lockdown. Women’s lives depend on it.”

‘Lockdown’ is out digitally today!

The debut album from LYR, ‘Call in the Crash Team’, is out on 26th June

both on Mercury KX

For each download sold in the UK or accounted to Decca in the UK, Decca will donate £0.50 to Refuge (Registered Charity number 277424). 150 paid or ad-funded streams shall count as 1 download

Refuge opened the world’s first refuge in Chiswick, West London, in 1971. Since then it has grown to become the country’s largest single provider of specialist support to women and children escaping domestic violence and other forms of gender-based violence. On any given day, Refuge supports more than 6,500 women and children.  Refuge’s national network of specialist services include: safe emergency accommodation through refuges in secret locations across the country; community-based outreach services; culturally specific services for women from South Asian, African and Caribbean, Eastern European and Vietnamese backgrounds; a modern slavery service; independent advocacy services for women at the highest risk of serious injury and homicide; a range of single point of access services for women, children and men across entire regions; and the Freephone 24 Hour National Domestic Abuse Helpline and www.nationaldahelpline.org.uk