Footprints of a Dinosaur by Christine Stinchcombe Brown 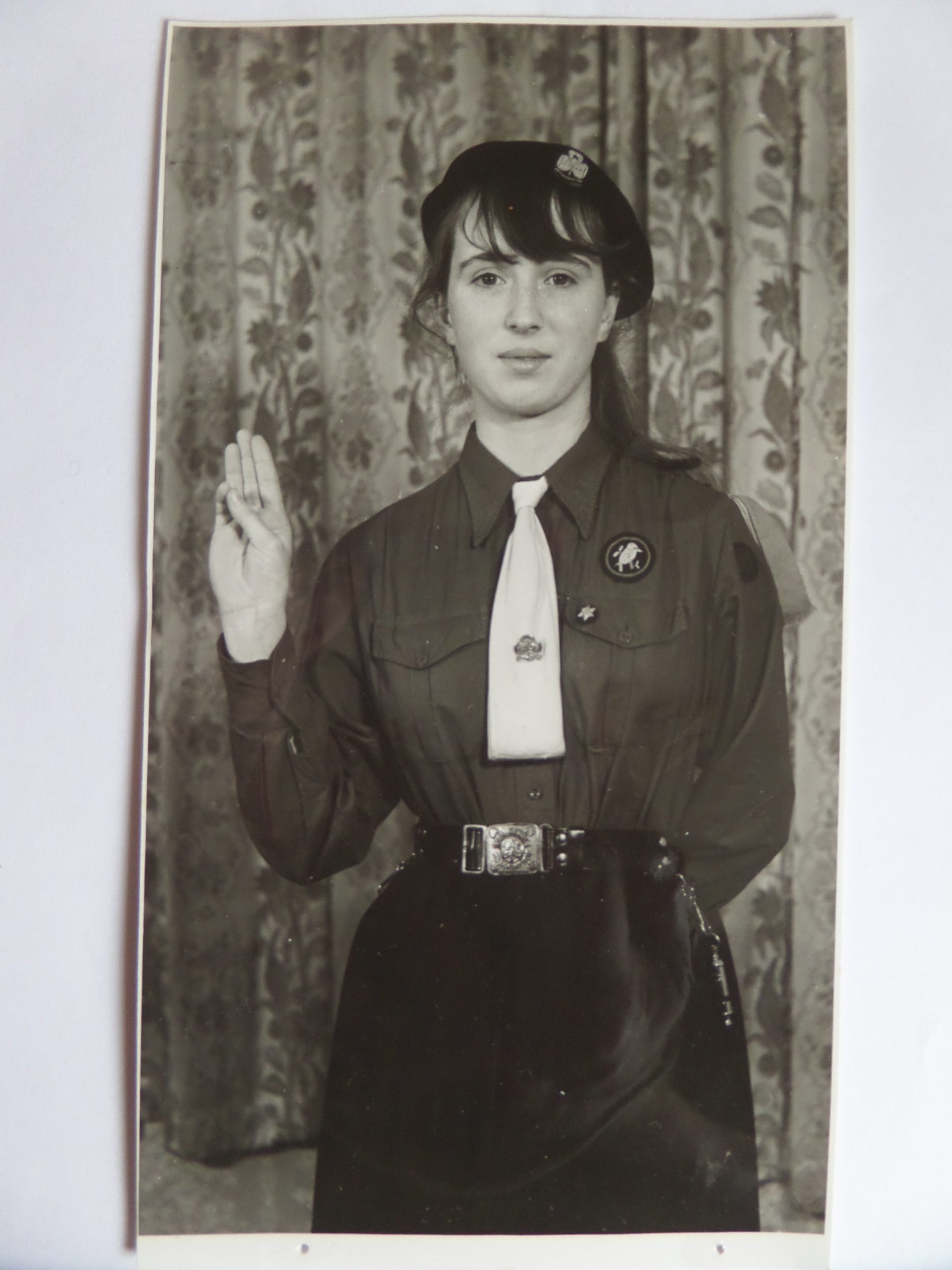 It was in the early 1960’s that my parents and I moved to Wales, then found our house in Penarth. I was thrilled to be living at the seaside. Acker Bilk’s clarinet hit ‘Stranger on the Shore’ was playing from several transistor radios as we took our first walk along Penarth beach towards Lavernock Point with the beautiful, tall, elm trees.

The beach is not beautiful though. There is no sand to run on down to the sea, which then had a black edge of coal dust. Pebbles and sharp rocks make walking difficult and you do not find shells. That Sunday, between radios and campfires, under the cliff there were also dead sheep.

But there is red, pink and white alabaster rocks also ammonites (fossils of sea creatures) to find, some small enough to take home. A few years later, at Penarth Grammar School I learned about geology and sedimentary rock. These cliffs were better than a text book and I once spotted a perfect fault line in the crumbling layers. I would never expect to find dinosaurs then and as far as I knew they were giant monsters, much too big for here.

But in 2014 a new dinosaur was spotted by brothers Nick and Rob Hanigan! The small theropod is named Dracoraptor hanigani and it is on display in the National Museum of Wales in Cathays Park. The fossil was found in the cliff just beyond Lavernock Point. 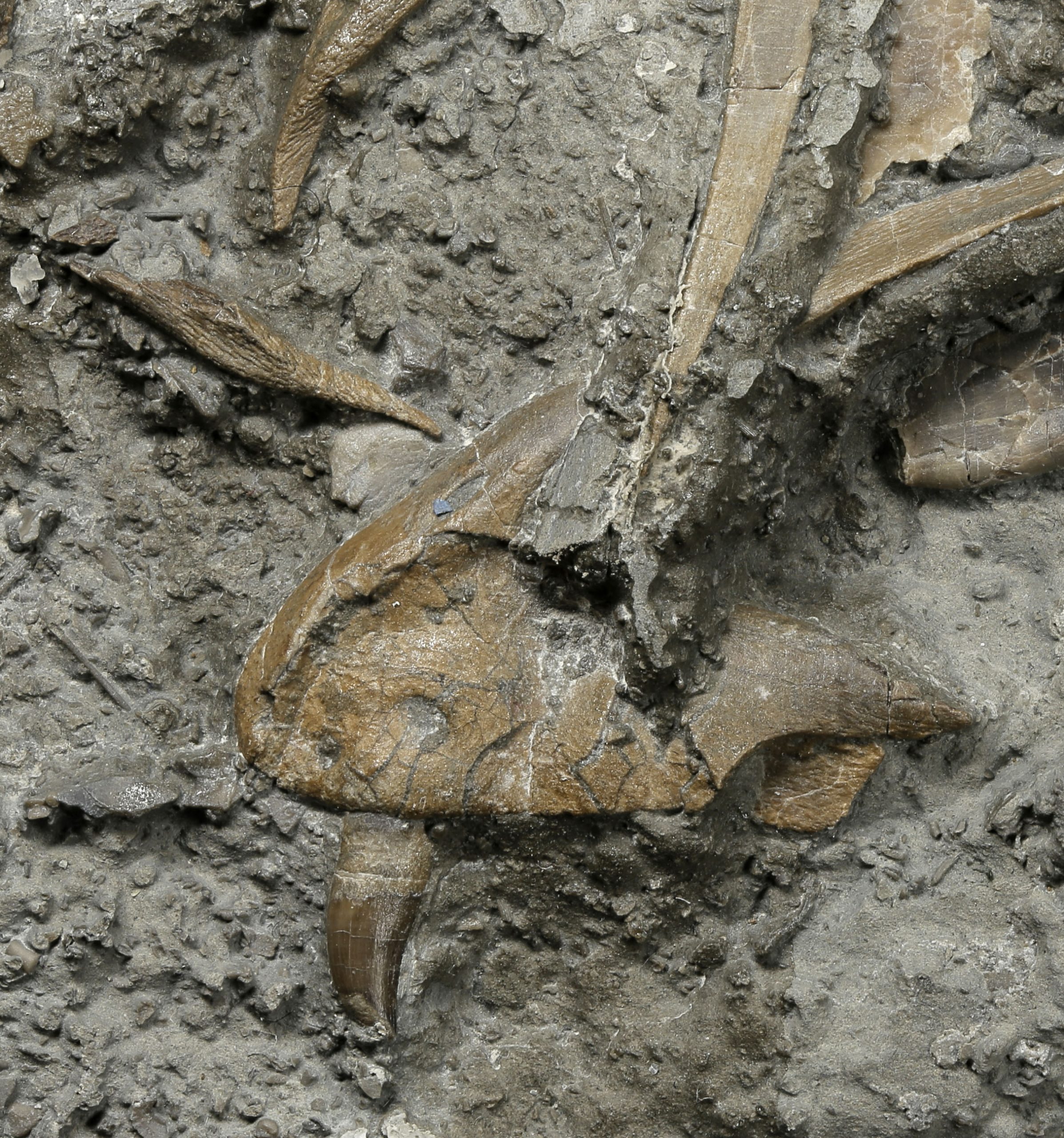 It was on a Saturday that I saw the dinosaur footprints somewhere near the same area. I was a young teenager in the Girl Guides (9th Penarth Company) and we were on an expedition along the coast. At the Friday night Guide meeting, Captain had stressed that we should be at the church hall by 10 am the next day with soup and a picnic if we wanted to go. I was not sure that I did because my best friend Cath could not come too and I would miss her. We were both in Blue Tit patrol and also same class at school, enjoying sharing life.

I woke on the Saturday at 9am to a quiet home. My father was away on a family visit (or maybe in work) and my mother was unwell in bed. She insisted that she did not mind me going out but I still dithered in the gloomy house. With minutes to go, I pulled my guide uniform back on with no time to wash and grabbing the only soup we had (in a packet) left. The church can be seen from our front window and I arrived promptly at 10am to set off with the other Guides.

We made our way overland to reach the coast somewhere to the west of Lavernock Point where the cliff is low and there was an earthy path to scramble down to the beach. Captain had told us that we were to call at her friend’s house on the way, to get water. But Captain had a headache and forgot all about this! We lit punk to start our driftwood campfire to cook tinned soups in billycans and Captain was annoyed with me. ‘’How did you expect to find water for packet soup?’’ Grudgingly she gave me a few drops of her own water to cook my meal. Even the most kind and patient people have their ‘off days’! 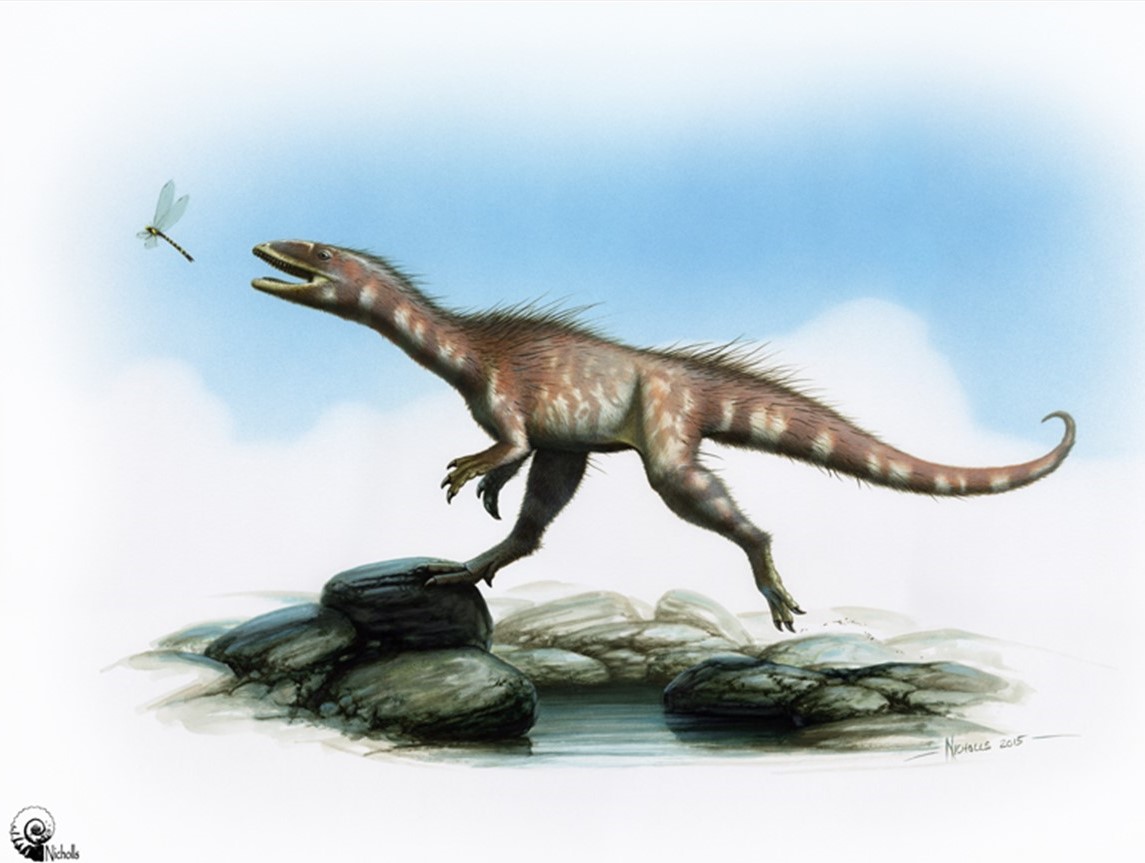 Tepid and gritty, the soup was horrible. When Captain wasn’t looking, I threw it guiltily down the beach. The tide was very far out and an expanse of sharp rock with smelly seaweed was preventing me from tipping it into the sea. Some of us girls gathered around a tallish pillar of rock of about four feet high, to eat the picnic, squatting on the sharp pebbles. I felt hungry, thirsty and grubby. The day was dry but not warm. The sky, beach and sea were all mid grey and England was a darker grey line in the far distance. Steep Holm island was nearer to our left. Not clear views. Behind us were low cliffs, fringed with grass like a Beatles haircut.

We looked at the rock we sat around, firm in the bedrock. On a flat shelf, a foot below the top were four or five footprints! They looked as if a small bird or lizard had walked across the smoothish surface with wet feet but they were in the rock. Each was about an inch long but I cannot recall their shape well. At that time, it seemed incomprehensible to me that the prints were really made by a land animal as I had no knowledge of such tiny prehistoric creatures.

Girl Guides carried notebooks and pencils in their uniform blouse pockets but not sheets of foolscap paper with which to take a full rubbing of these prints. I didn’t have my Instamatic camera with me but then again it would not have been able to take photographs clearly enough. My professional photographer father’s Rolicord camera with tripod and light meter would get a decent picture of the footprints. Perhaps I could return with him and take photographs?

But how would we find this rock among many ever again? No suitable landmarks could be seen to take sightings (I knew about them from a Famous Five book, though I was not sure how to do this).  Captain trekked us guides back to Penarth and the rock footprints became just a memory. 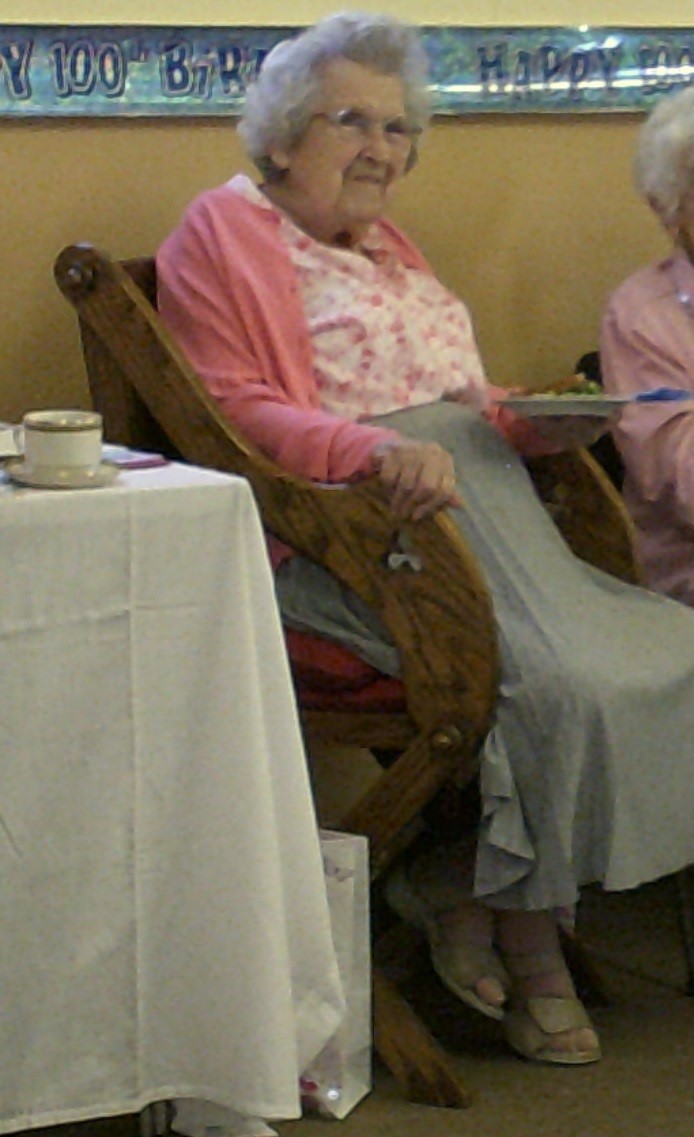 It is more than fifty years later now and the elms at Lavernock Point were felled with Dutch elm disease. Captain Nora Kendall died in 2018 aged 102. I went to her 100th birthday party in St Joseph’s newly refurbished church hall. I see Brownies still meeting there on Fridays. Besides a very good Guider, Miss Kendall was also a much loved teacher at Heathfield House. Many girls achieved a lot because of her kind encouragement and dedication. As an adult, I still enjoyed her company when we met.

Both Cathy and I have a grandchild each. While writing this, I asked my granddaughter, who is now also a young teenager, what she would do if she found the dinosaur footprints.  Her reply was prompt, ‘’I’d take a photo with my phone and with GPS send it straight to the National Museum of Wales.’’ So simple now!