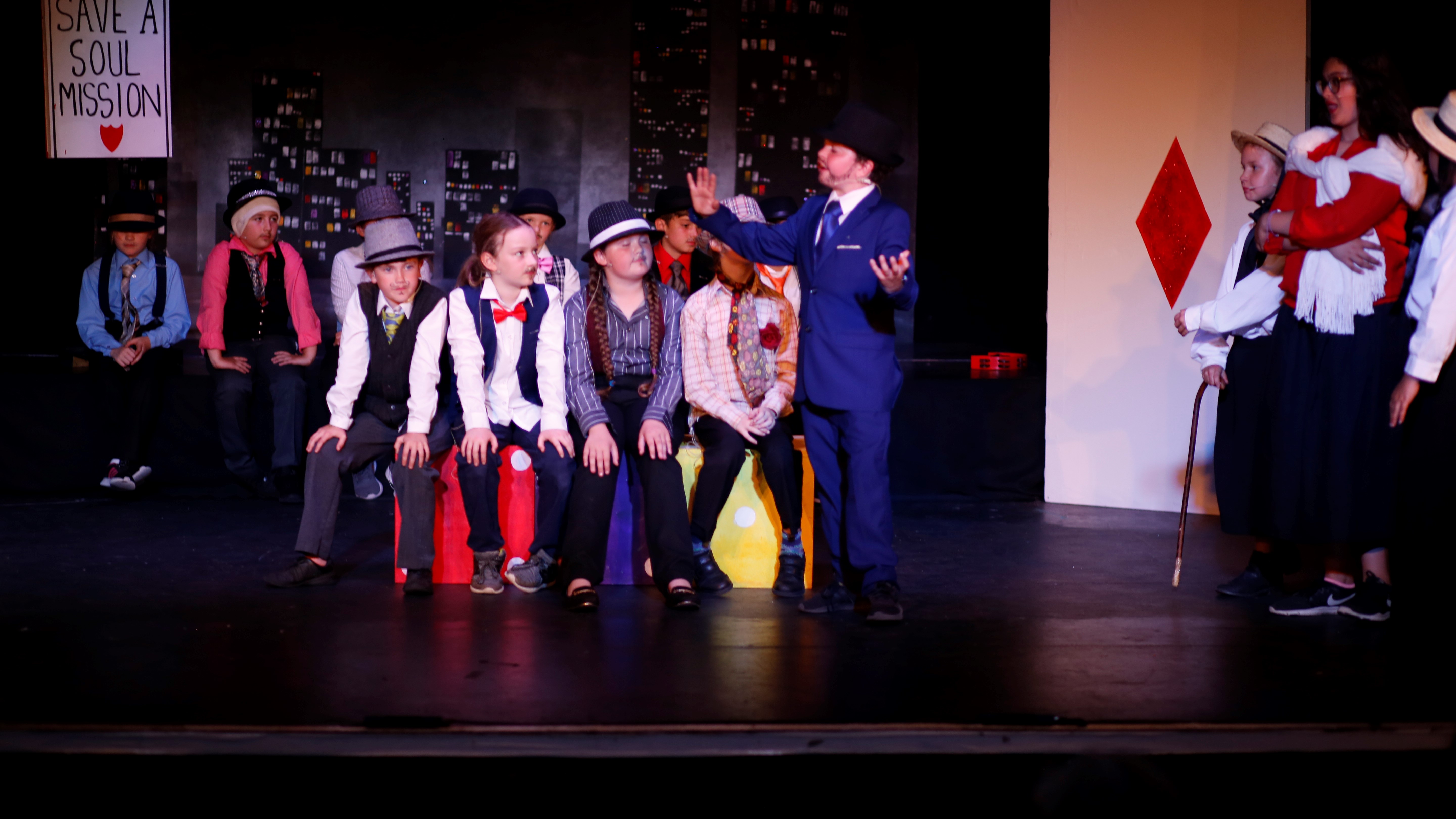 Guys and Dolls Jr was performed at the YMCA, Cardiff, directed and produced by Osian Rhys and presented by arrangement with Music Theatre International (Europe). The only thing small about this performance is the ticket price.

This group of extremely talented young people put on an incredible performance. The crowd was friendly and excited as they filled the seats closest to the stage, the lights dimmed and the red curtains were drawn to reveal a stage set with a city back drop and two large playing cards, as the performance began it was clear to see that this drama group set very high standards in the quality of the acting, singing and choreography.

From the facial expressions to stage presence the group delivered an excellent show. Guys and Dolls is the story of Nathan Detroit played by Dylan Pearson, a down on his luck gambler who makes a bet with Sky played by Jacob Denning, that he can’t take the mission leader Sarah: played by Lana Azez to Havana with him. The bet is for one thousand dollars, so Nathan needs to host a crap game.  However, when Sarah and Sky fall love in the process, the show precedes to explore the lengths guys will go to when they fall for a doll.

The show includes up-tempo numbers matched with slower emotional numbers. The entire cast gave outstanding performances with dance routines perfectly done with great choreography. The three performances that stood out did so not just because they were main characters but due to the emotion, facial expressions stage presence and quality of singing they delivered: these are Adelaide played by Lacey -Leigh Mills, Sarah played by Lana Azez, and Sky played by Jacob Denning. Both Lacey and Lana sung with conviction, emotion and powerful voices. Jacob Denning stood out from the crowd with his brilliant voice which was also emotional and delivered with conviction. All three were confident and they each owned the stage with their performance. Main character Dylan Pearson also gave an outstanding performance as Nathan Detroit, his acting skills were second to none.

A great performance by all involved with music, dance and emotion leading the way and demonstrating how talented this youth drama group are.

For information on Forge Drama go to: www.forgedrama.com