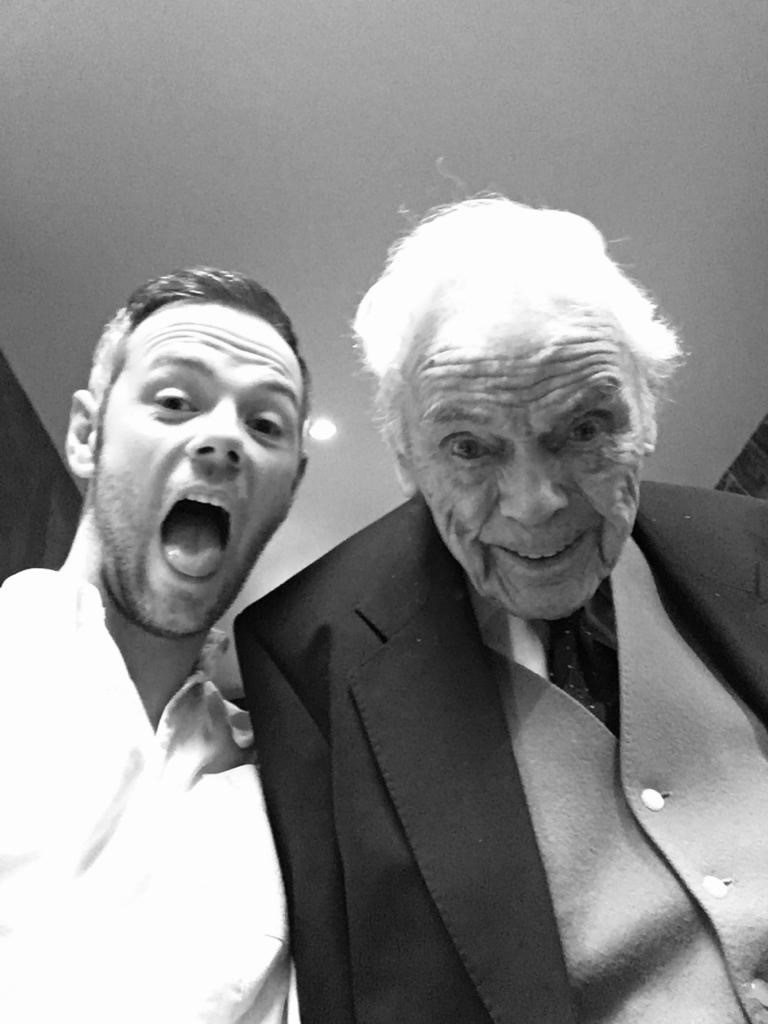 Former Only Men Aloud member Aled Powys Williams embarked on an epic challenge to celebrate the life of a man he calls his ‘hero’.

The Welsh singer, who found fame with the choir in 2010, vowed to run for 100 consecutive days ending on his grandfather’s 100th birthday on October 2.

Sadly, early into the challenge his grandfather passed away but this did not stop Aled from celebrating his wonderful life.

“Tadcu lived with dementia for around 15 years so I did this to raise funds for Alzheimer’s Society Cymru.” said Aled, 35, of Cardiff.

“He remains my absolute hero – the epitome of a gentleman and family man – so I wanted to do something to celebrate his life and this special milestone.”

“I started my challenge on June 24th and have ran at least 5km every day for 100 days ending on what would have been Tacdu’s 100th birthday on October 2.”

As a Royal Navy coder, he took part in the infamous Arctic Convoys – a journey Winston Churchill described as ‘the worst in the world’ – to provide much-needed supplies to our Russian allies. After the war, he worked as an account manager for the National Coal Board in South Wales 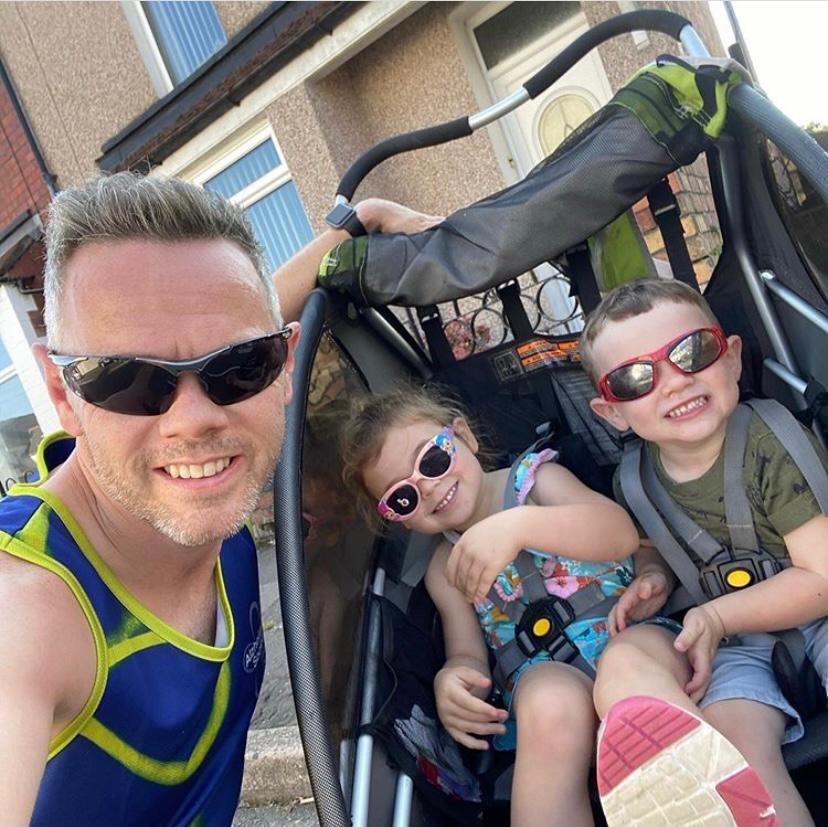 Father-of-two Aled said: “My parents separated when I was young so he was like a father figure to me when I was growing up. I’d see him several times a week. We were very close.

“He always loved singing – and regularly would burst into song, remembering every word to one of his favourites, Calon Lan. My mum also likes to sing, so I guess it’s in the blood.”

“Tadcu was just someone I always looked up to. I always felt that if I grew up to be half the man he was I’d be happy.”

Sadly, in common with many people living with dementia, Aled recognised that his grandfather’s condition deteriorated during lockdown.

It warns the lack of social interaction is having a profound effect on people living with dementia, leaving many feeling anxious, isolated and struggling to understand why they can no longer see family and friends.

Aled said: “Tadcu had to spend two weeks quarantined in his room after returning from hospital, due to suffering a fall.”

“I definitely think that he deteriorated during lockdown, but there had been a gradual decline in any case after mamgu died. Sadly, he didn’t recognise me anymore and often believed that my mum was mamgu.”

“Dementia is an awful disease which is why I have been so determined to raise as much as I can to help support those living with it.”

Since parting company with Only Men Aloud, Aled has continued to have a successful singing career and has recently been performing on cruise ships worldwide as part of The 4Tunes.”

He said: “I’m very lucky to be able to do something I love as a job, I’ve had some unforgettable experiences and it has taken me to some amazing parts of the world.”

He also delivers dementia-friendly recitals at residential homes. There are 45,000 people living with dementia in Wales. The condition is the UK’s biggest killer, with someone developing it every three minutes.

Cheryl George, Community Fundraiser for Alzheimer’s Society, said: “We can’t thank Aled enough for his support – he undertook quite a remarkable challenge. I’m sure at the beginning he thought ‘sure, 5k per day, that’s easy’ but the reality is for the last 100 days Aled has covered the equivalent of 13 full marathons, which is certainly no mean feat. He has gone through two pairs of trainers and raised almost £1,800 to date.

“Right now, people living with dementia need our support more than ever because of how hard the coronavirus pandemic has hit them.

“Since the lockdown began our trained staff have made more than 110,000 welfare calls to people with dementia and their carers to offer support, information and to reassure them that they are not alone. Every penny raised by our dedicated fundraisers is helping us to continue this vital work.”