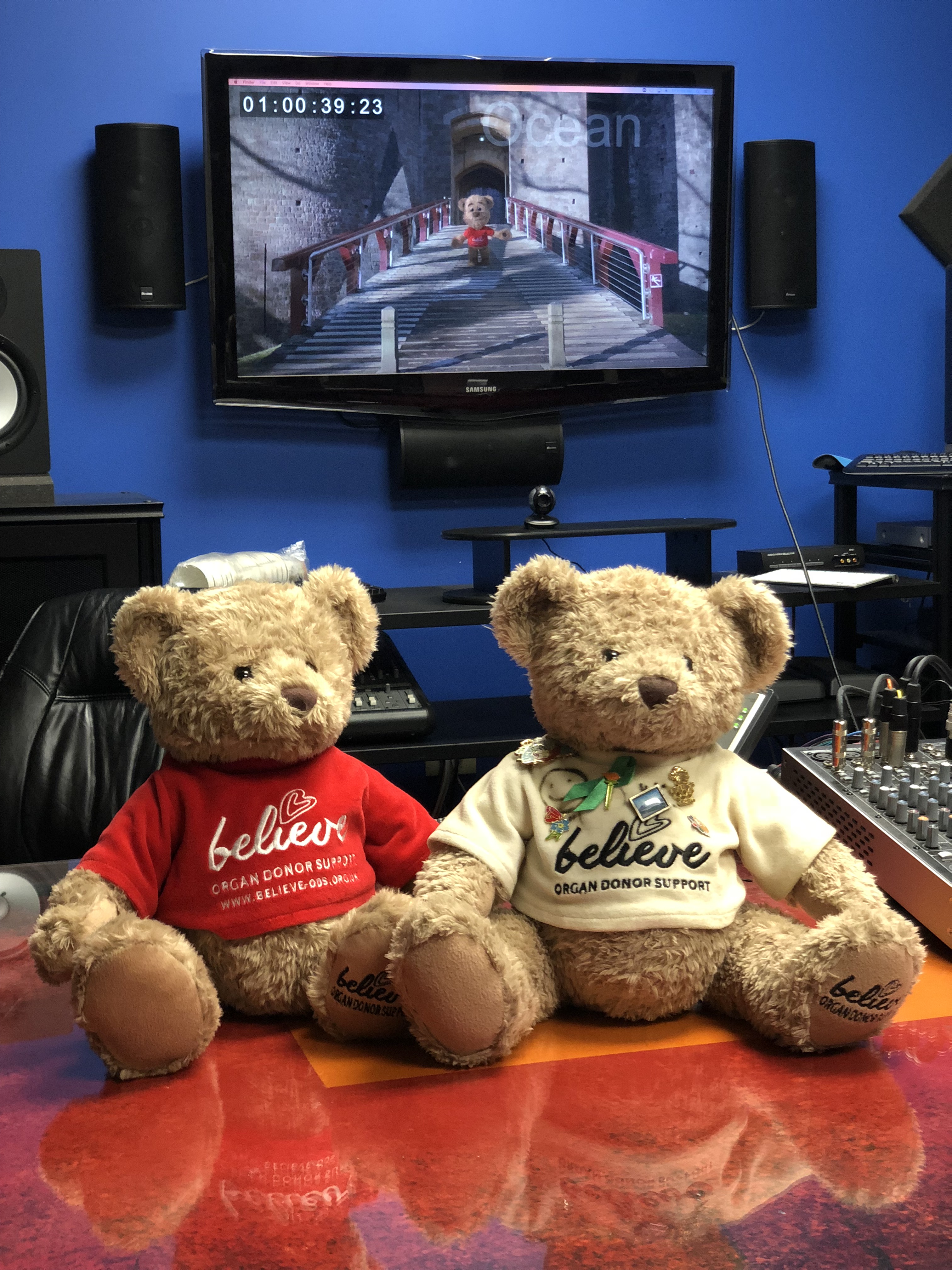 A Cardiff mother whose husband and young son died tragically two years ago is bringing her ‘Fraser Bear’ to life through an animation that is to be screened in schools across Wales, encouraging families to talk about organ donation.

Anna-Louise Bates set up the Believe: Organ Donation Support charity after her husband Stuart and seven-year-old son Fraser were fatally struck by a car in December 2015. She has been working with Mike Young, the Welshman and prolific animation producer behind iconic 80s children’s show, ‘SuperTed’, and the more recent ‘Norm of the North’, to create an animated film to help spread the charity’s message. 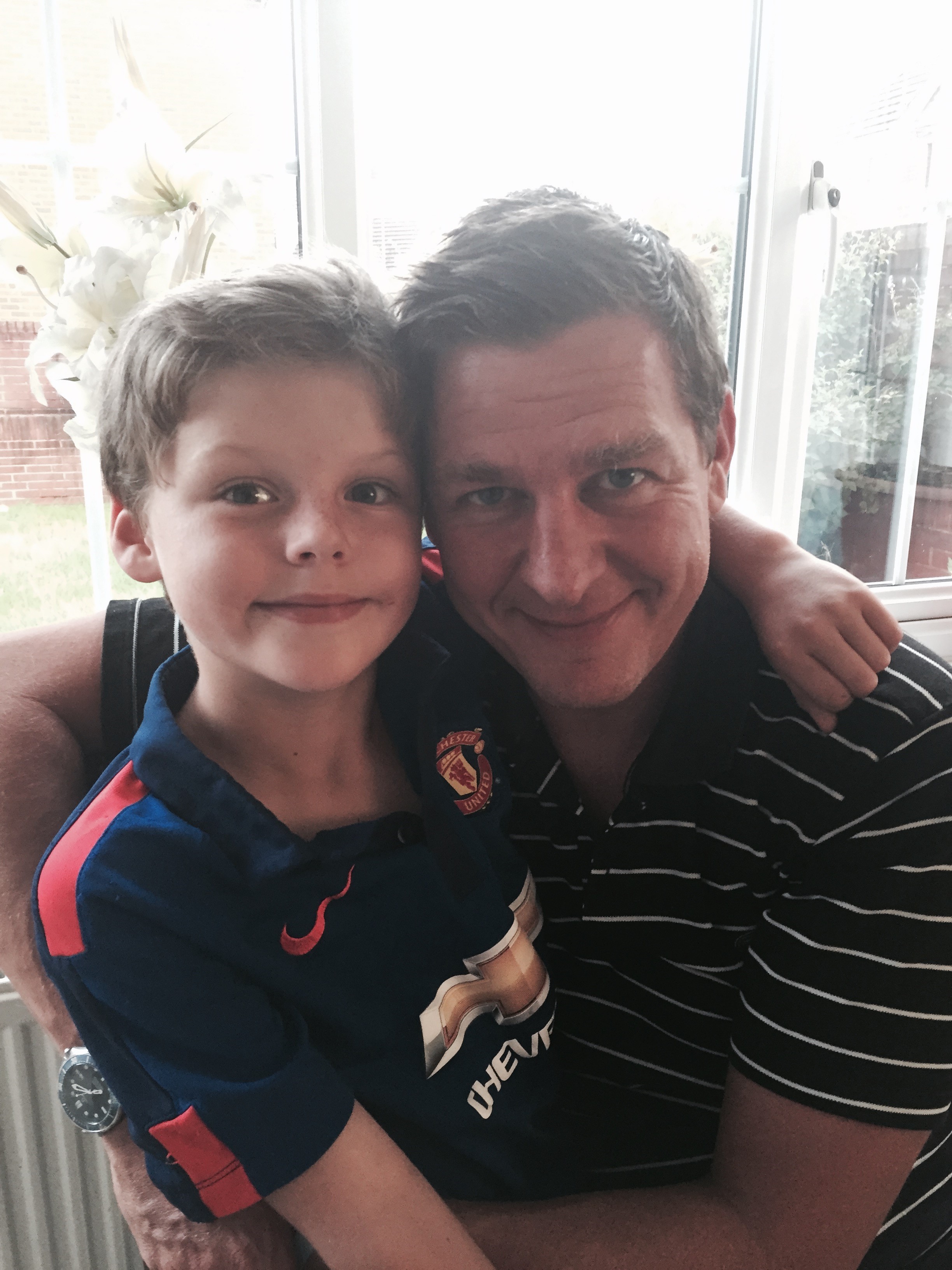 The short film, scripted by Anna-Louise and voiced by two local Cardiff schoolchildren in English and Welsh, shows an animated version of the Believe charity mascot, ‘Fraser Bear’ – the nickname Anna-Louise and Stuart had given to their son – explaining how his organs have gone on to save the lives of four people.

The charity’s aim is for the animated film to be made available as a teaching resource to all primary schools in Wales, in an attempt to de-stigmatise the subject of organ donation and get young children and their families talking about it.

Wales was the first of the UK nations to introduce an opt-out system for organ donation in December 2015, just weeks before the Bates family’s accident. This had prompted Stuart and Anna-Louise to discuss their own views on organ donation for the first time, meaning that when the tragedy happened, she knew exactly what his wishes would have been and did not have to think twice.

As Anna-Louise explains: “This is an extremely emotional project for me. Since losing Fraser and Stuart, I’ve been campaigning to promote the importance of organ donation to ensure something positive comes out of our family’s suffering.

“While we have an opt-out policy in Wales, talking about organ donation is still very much seen as taboo, especially with children. Many teachers have explained to me that they do not know how to broach the topic of organ donation with their pupils.

“I’m hopeful that the ‘Fraser Bear’ animation will help provide teachers with the tools to educate children on organ donation, to help the next generation feel less stigma when discussing the topic. Mike has done a fantastic job creating this animation and we’re extremely thankful for his support.

“We’ve already had several schools sign up and agree to show the animation in school assemblies and my ultimate aim would be to have organ donation included as part of the national curriculum. It’s time Wales shows the rest of the world how to deal with organ donation.”

Emmy and BAFTA award-winning Mike Young, who now lives in LA, is the co-founder and CEO of Splash Entertainment, which produces the feature film ‘Norm of the North’ and Netflix’s ‘Kulipari’. Young said he felt honoured to have been asked to create this film for the charity. 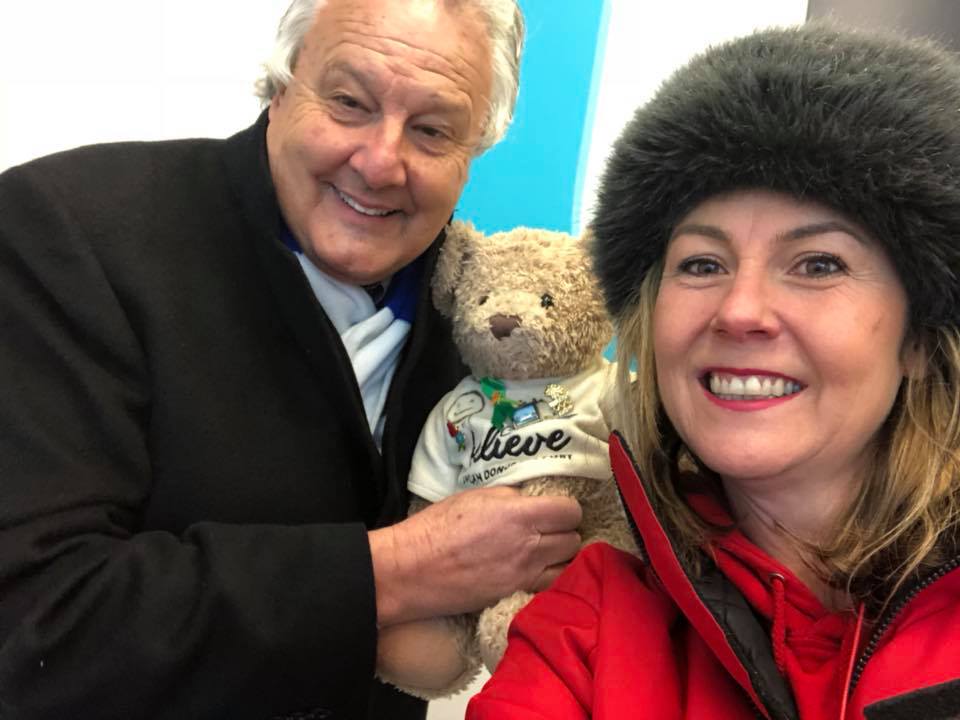 “It was important to create a film which engages kids while also sending the message that organ donation can save lives,” said Young. “I know of no better way to reach kids and their parents than through a warm and friendly animated character. The fact that ‘Fraser Bear’ is based on this young boy who passed away too soon makes this an especially personal project.”

“When Anna approached me in 2016 and explained what she was trying to achieve and the reasons why, I instantly felt compelled to help support such a worthwhile cause. Anna’s tireless campaigning since this horrific tragedy is truly humbling, and I’m proud to be able to play a small part in getting this important message to young people.”

Welsh and English versions of the animation have been produced and are available to view on the Believe You Tube channel.

The English version has been voiced by 13-year-old Llanishen High pupil, Dylan Newland, who was one of 100 high school pupils from across Cardiff to have auditioned for the role. 12-year-old Madog Hammond from Ysgol Gyfun Gymraeg Plasmawr has also voiced the Welsh language version.

Dylan says of his experience: “I feel really privileged to have been chosen to be the voice of ‘Fraser Bear.’ Anna came and chatted with us at our school assembly and I was incredibly moved by how such a tragic accident can change a family’s life forever. I think the animation will really make a difference in raising awareness about the importance of organ donation with children around my age.”

Llanishen High is just one of five schools across Wales that have already expressed an interest in screening the animation for their pupils.

Deputy head teacher, Rob Wilson added: “As a previous Head Girl of Llanishen High School, Anna has always had a close connection to the school so after her tragic loss it was only natural that we should get involved with promoting and educating students about the issue of organ donation.

“Her connection has now become even stronger as one of our students, Dylan, was selected as the voice of ‘Fraser Bear’ in the animation. Our school is committed to using the short film to spread the message of organ donation to everyone in our school community.

“Hopefully, lots of other schools will get involved with this so that the subject of organ donation becomes de-stigmatised and widely discussed among children and their families.”

The Health Secretary, Vaughan Gething said: “This film is a demonstration of Anna Louise’s commitment to encourage families to discuss organ donation following her own family’s tragedy and grief. Creating a film for children informing them about organ donation is an excellent way to get such an important message across and I’m delighted to support the Fraser Bear animation project. I believe it will help encourage everyone across Wales to have the chat with their loved ones about their organ donation decisions.”