This weekend (29th September), Josh will be attempting to lift 1 million kilos in 24 hours – the most anyone has ever lifted in a day – the current record is 475,000 kilos.

When he was born in Cardiff in 1987, doctors told Josh’s parents that he had the life-limiting genetic condition that causes the lungs and digestive system to become clogged.

Josh said: “Last year, I wanted to mark my 30th birthday doing something that had never been done before and leave people breathless, just like cystic fibrosis does.”

“The event reached eight million people all over the world, including parents and children living with CF. So I had to find a worthy follow-up challenge and figured the equivalent of three Boeing 747’s, and lifting an average of 700 kg per minute would do!”

His obsession with sport and fitness started at two years old when an American doctor advised his parents to keep him running around a field until he stopped, then “get him going again.”

And he says it’s carried him, fitter than ever, into his thirties, via football, rugby, cross-country running and even scaling Mount Kilimanjaro at 17 to box at the top. Now, Josh wears his scars with pride on a torso to rival David Beckham’s in his underwear-modelling prime. 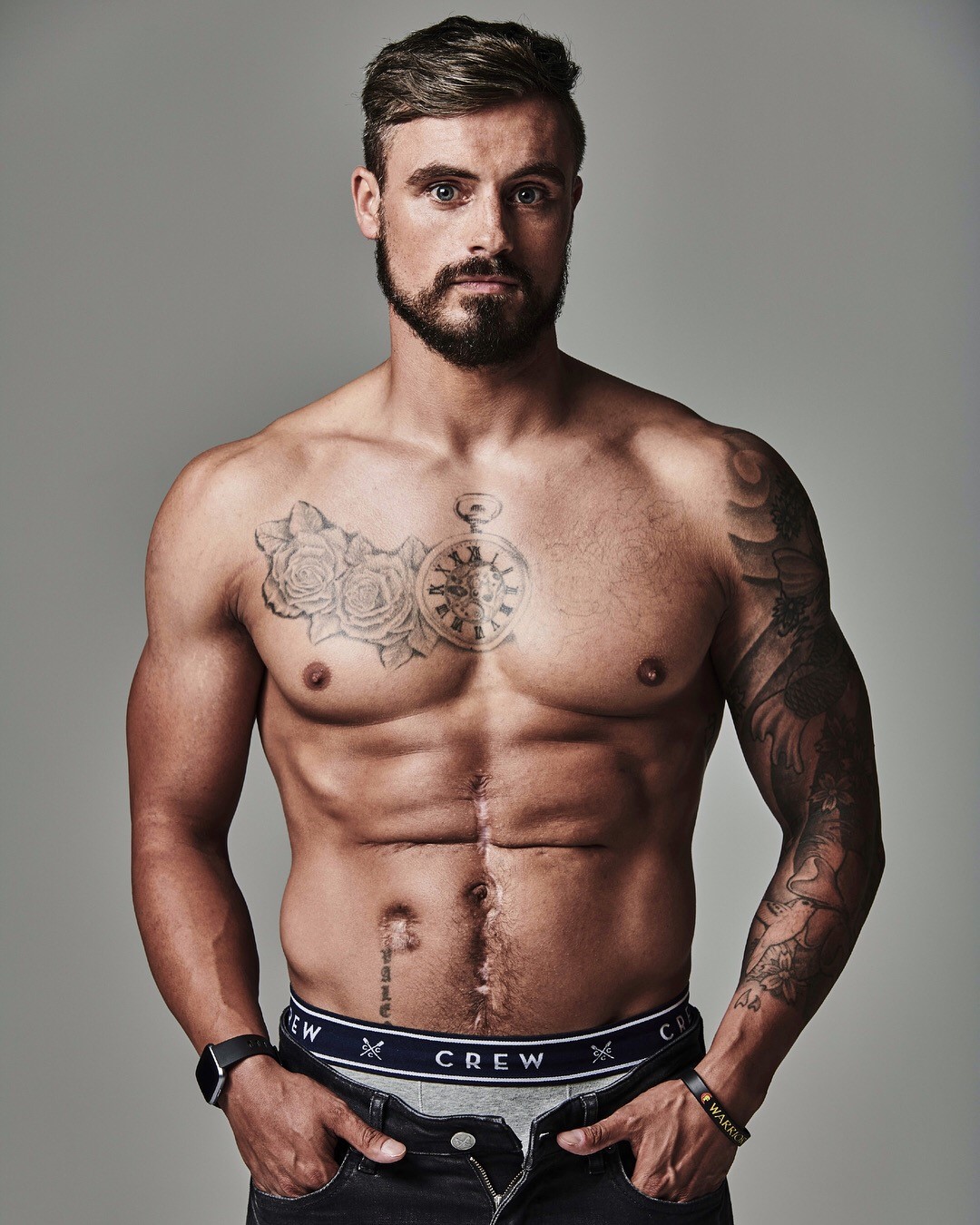 He hopes that completing these challenges will help him add to the £700,000 he and his family have raised for cystic fibrosis charities, and also raise awareness of his own charity, CF Warriors, which was created to inspire children around the world with CF to turn to exercise.

Josh added: “I started CF Warriors and am continuing with these challenges because I hope that more children will get involved in sport and exercise and increase their life expectancy, just like I have.”

After following Josh on social media, seven-year-old Nancy Thomas, who was diagnosed with CF when she was three weeks old, now spends at least one hour a day exercising as well as doing gymnastics for three hours three times a week.

Nancy’s family became aware of Josh because of their CF fundraising efforts as Nancy’s father, Lyn Thomas, used to run half marathons with Nancy in the buggy to raise the profile of CF.

Nancy’s mother, Lucy Thomas said: “I first heard about Josh after his father contacted me when he found out about Lyn’s fundraising efforts for CF. Since then, we’ve been following Josh on social media and he’s become a huge inspiration for Nancy. He really does empower children with CF as he is someone that knows exactly how they feel and children can look up to this. Josh’s attitude makes him such a positive role model, and this has been invaluable to us as a family.

“I’ve seen first-hand how Nancy’s lung capacity has increased because of exercise. I hope that these challenges will shine a light on CF and also the benefits of exercise for those living with it. We wish Josh the best of luck this weekend and we’ll be rooting for him!”

Alongside his training for the challenge, he is also developing an app which will tell users if they are near another person with CF to lower the chances of cross-infection.

Josh said: “CF can be extremely isolating as you can never be within 25ft of another person who has CF. This can be extremely difficult, especially when you’re younger and aren’t fully aware of the condition. By creating this network of CF Warriors and developing the app, I hope to create a community whereby people living with CF don’t feel so alone.

“Having trained with two ex-marines for the last few months, I’m as ready as I’ll ever be for the challenge this weekend. I know it’s going to be tough but I’m doing this for all of the CF Warriors. Knowing that they’ll be watching and supporting me will definitely help me to keep powering on.”

To find out more about 24hrs4cf and Josh’s world record attempt, visit 24hrs4cf.com and to donate visit www.givepenny.com/1mkgchallenge