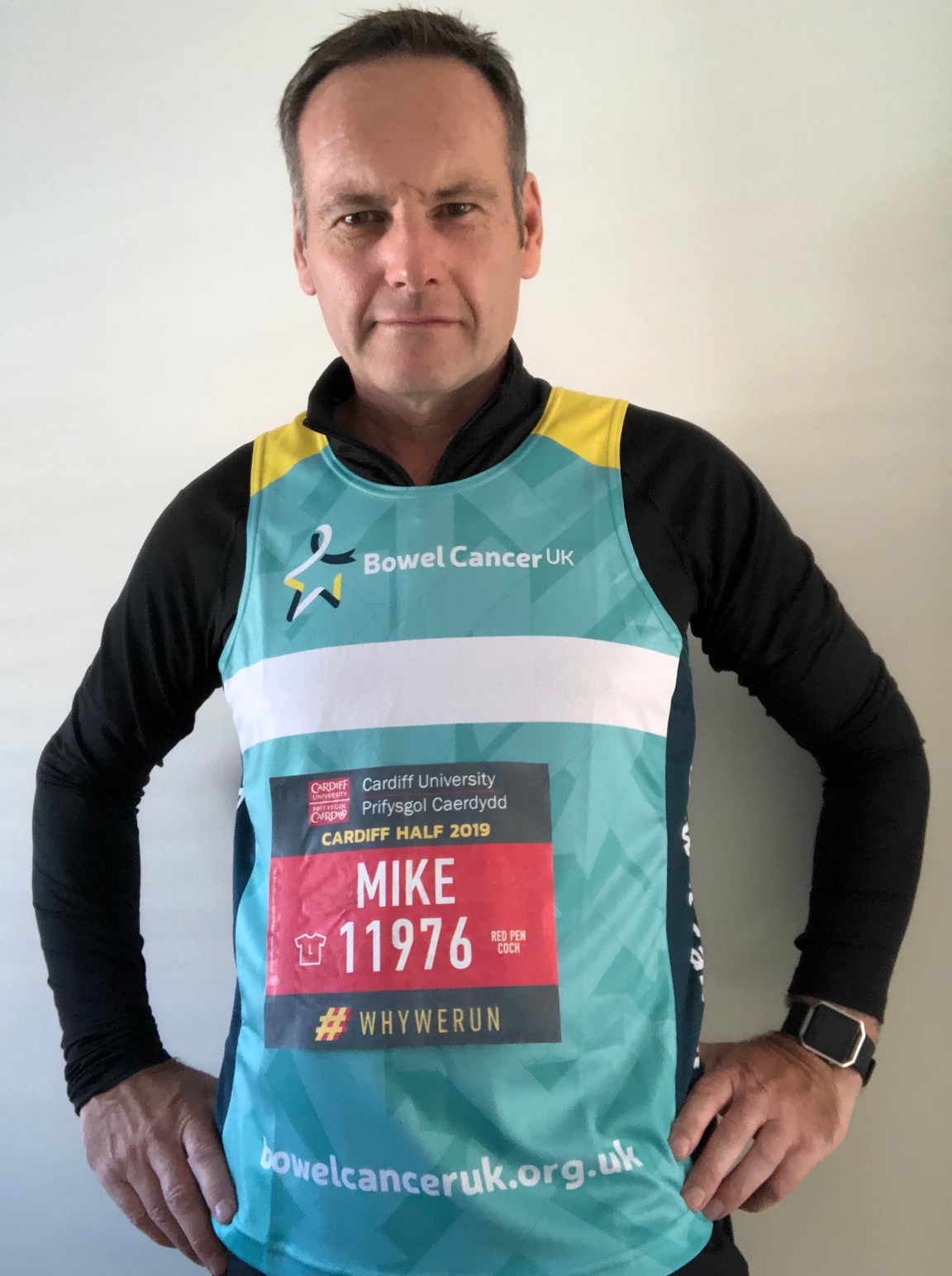 Mike Perry, 53 from Cardiff is running the Cardiff Half Marathon on Sunday 6 October 2019 to raise funds for Bowel Cancer UK, as he has been diagnosed with the disease three times.

Mike says: “I was first diagnosed with bowel cancer at 28 years old. I spotted blood when I went to the toilet, was obviously worried and visited my GP. At that point my mum worked in healthcare and pushed for my treatment. I quickly had surgery to remove part of my bowel and my appendix, followed by chemotherapy.

“I had regular colonoscopies after my treatment, and ten year later another tumour in my bowel was detected. I had another operation where they removed more of my bowel. Luckily it was spotted early and I didn’t need any further treatment.

“I was still having regular colonoscopies and at 48 years old, they found another tumour. This time they removed the remaining part of my bowel at surgery and now I have a permanent stoma. I’m not sure why I’ve been diagnosed with bowel cancer three times, I don’t have any family history so I think it’s just sheer bad luck.

“Running a half marathon with a stoma just goes to show that you can still lead a normal life with it.”

Every 30 minutes someone dies from bowel cancer, making it the UK’s second biggest cancer killer. However it shouldn’t be because it is treatable and curable especially if diagnosed early. The money raised by Mike will help Bowel Cancer UK fund vital services and lifesaving research.

Donations can be made to:  https://www.justgiving.com/fundraising/Mike-Perry12?

Fundraising Manager for Wales at Bowel Cancer UK, Mike Locke, said: “We are very proud to have Mike running the Cardiff Half Marathon for us. It’s because of people like Mike we can continue to save lives and improve the quality of life of everyone affected by bowel cancer in Wales.”