Fundraising at the heart of the community!

The British Heart Foundation praises dedicated efforts of community fundraising in south and east Wales and urges people to continue their support. 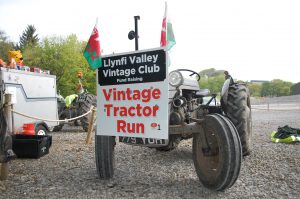 People across south and east Wales have shown they’re all heart, undertaking countless fundraising activities – from the weird to the wonderful – in their unstoppable pursuit to raise urgently needed funds for the BHF’s life saving research, helping fund vital breakthroughs in the fight against heart and circulatory disease.

Tom Thomas and his son Steve from Bridgend, in particular, went above and beyond in their efforts to raise funds last year. Tom, who is aged in his 80’s and who had a heart by-pass operation more than 20 years ago, is a central figure of the Llynfi Valley Vintage Tractor Club and has a passion for vintage tractors. Tom and Steve organised a Tractor Run and raised more than £500 for the British Heart Foundation. Over 25 vintage tractors took to the lanes of Bridgend, travelling 23 miles through Llangynwyd, Maesteg Town, Lletty Brongu, Llangeinor and Blackmill, finishing on the top of Mynydd Y Ger.

Josh Guy, Fundraising Manager in south and east Wales at BHF Cymru, said: “To raise such an incredible amount in 12 months is extraordinary. Pennies really do amount to pounds and so I’d like to personally thank every single person for their support. Money raised by community fundraisers in Wales has helped fund the BHF’s research in to improving the prevention, diagnosis and treatment of heart and circulatory disease. This includes a new trial, led by Professor Alan Williams, that’s trying to find out how changes in calcium can cause dangerous arrhythmias, and how they can be treated. This research could help scientists find new ways of treating dangerous heart rhythms.”

BHF funded Professor Alan Williams said: “My project at Swansea University is just one of over 1,000 research projects that the BHF currently funds at universities across the UK, investigating every aspect of heart and circulatory disease – from causes and developing better drugs to improving surgical techniques. Each of these projects is only made possible thanks to the BHF’s generous supporters. Without this generosity, many of the breakthroughs that are today saving the lives of heart patients simply wouldn’t have been possible.” 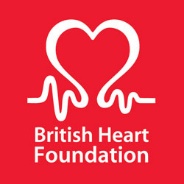 Heart and circulatory disease kills one person every three minutes in the UK. Thanks to the generosity of communities across the UK the BHF is funding research that has been, and is today, central to discovering new ways to prevent, diagnose and treat heart and circulatory disease. By 2020 the BHF will have funded half a billion pounds of life saving research, to help accelerate the fight against these devastating conditions which claim the lives of nearly 160,000 people in the UK each year.

Get involved in the fight against heart disease and be part of the 2017 fundraising revolution. To raise funds for BHF Cymru through the Do Your Own Thing campaign, contact Josh Guy, Fundraising Manager in south and east Wales at the BHF, on: 07471902414 or email: [email protected]