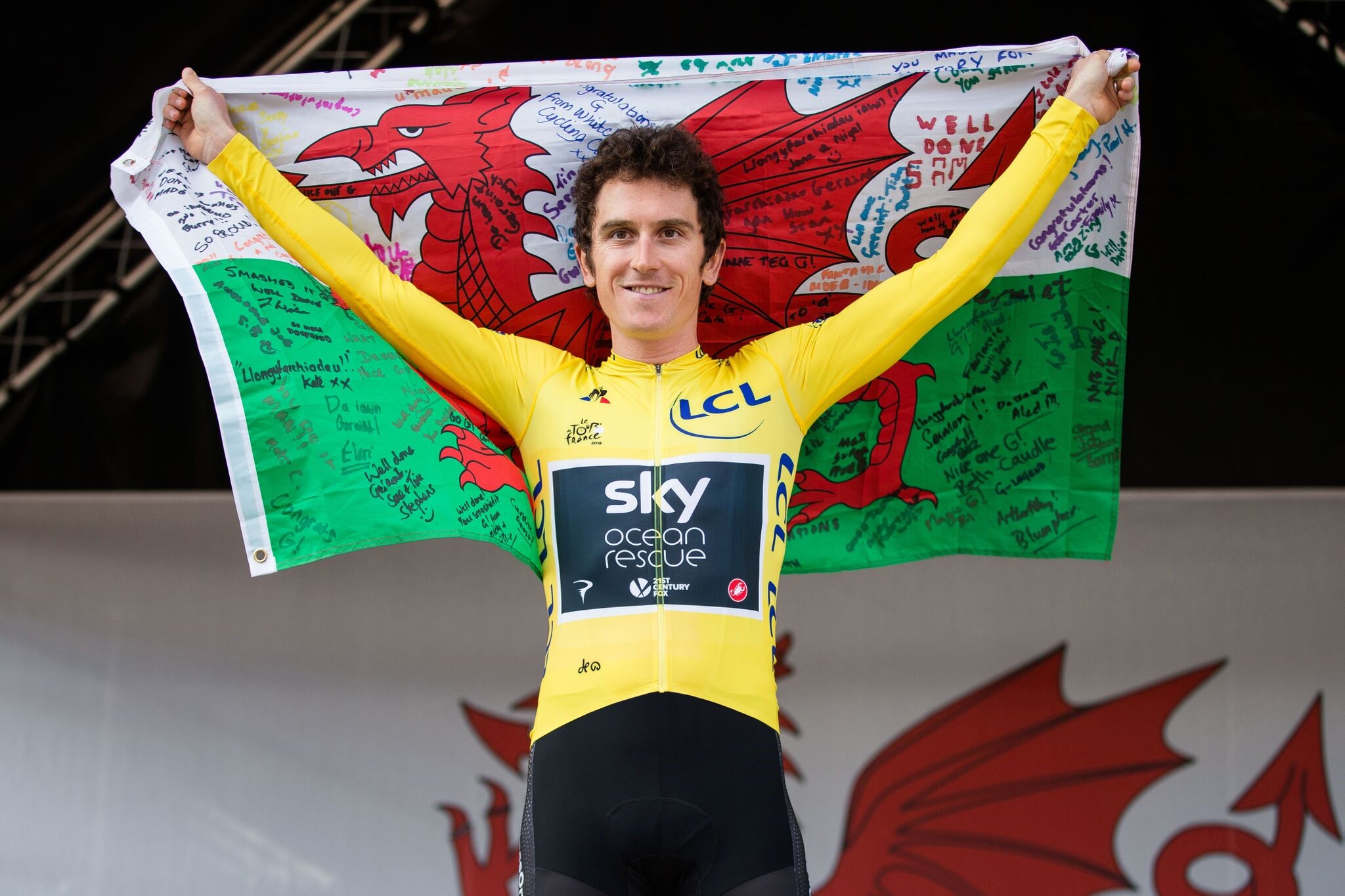 Geraint Thomas – chats to Carl Marsh just before the announcement of the BBC Wales and BBC GB Sports Personality of the Year 2018 Awards was announced. He won both!

Cycling is probably one of the cleanest sports at the moment, and negatives from before have been turned into a lot of positives now, does this mean that the future of cycling is just going to get better and better?

Yes, I think so, obviously, in any walk of life there are always going to be people that try and cheat the system, so there is still going to be someone out there who is going to try and do something wrong. I think the mentality of so many teams now and the riders, I think it’s by far the best shape the sport has ever been in, easily, and that can only be a good thing.

As you have been nominated for the BBC Sports Personality of the Year Award 2018, both the Wales and GB versions, I know winning the Tour de France will be the pinnacle achievement this year but how do you think it will compare if you win either or both of the BBC Sports awards?

It will undoubtedly cap off a fantastic year really, and to just be nominated, it shows you that you have done something special that year, and it’s something that I’ve always watched as a kid, both the Welsh and British one, so to be nominated within those names is really nice and obviously I’d love to win it as well. It will be a considerable way to finish the year but like I say, if you look at who is nominated, they have all done something special this year, so to be in that mix is significant enough.

Would you still cycle if you ever lost the passion for it, would you only do it for the money?

I don’t think so; I think its too hard a sport to do it for the money. You’ve got to love it; you can’t just go out and do all the training and all the 35 plus hours a week on a bike without enjoying it you know, it’s just too hard. As soon as it gets to that stage, then I think that I would stop because then you wouldn’t want to put the hard work and the hard yards in to be the best you can because you will know that deep down. It’s just not a nice place to be in, so as soon as you lose that passion for it, then you stop.

I notice that you are in the Motorpoint Arena in January 2019, what can the audience expect?

I think it’s going to be strange for me for a start as that’s the type of thing that Michael McIntyre does or whoever (laughs), so I didn’t grow up as a kid thinking I want a show in the Motorpoint Arena, but I think it will be just lighthearted and I will give an insight into the Tour and my life. I will try and make it a bit different as well by talking about stuff that hasn’t been spoken about before. It will be strange just going there to do that because, at the end of the day, I am just a bike rider really, that’s what I do and what I love to do. The support I had for my homecoming in Cardiff was just insane, the number of people that came out was just incredible, so to do the Motorpoint will be good for Cardiff as well.

I guess you don’t like being the centre of attention, you want to do your sport and win at your sport, but you are not one that craves attention?

Yeah, that’s not something that I go and seek but obviously when you do get it, its really nice and especially when it’s the BBC Sports Personality of the Year, that’s a public vote, so it’s like the homecoming, it’s really lovely and amazing, but I’d just like to ride a bike and get on with it. I definitely don’t go searching for some of that.

What does cycling mean to you as I know your words could probably motivate a lot of people to take up the sport, such as the younger generation that is fascinated by your story?

The main thing is enjoying it, definitely. I never took it too seriously, it was always just fun, and I had a good time, made some good friends, and I think that is all that it is about. If you don’t enjoy it, then you will never do it properly anyway, especially when you are young. There is no rush to be all professional and have a training regime, just enjoy riding your bike.

Do you critique yourself with your performances in training or do you let others do that for you?

No, you are probably your biggest critic really. I never take it easy and give myself an easy time as I am always assessing after every session, along with my coach obviously.

It sounds like you are still wanting to get better and better?

I am still keen to improve and still motivated to keep riding my bike, and I want to improve on this year and keep getting better.