With just days to go until Red Nose Day on Friday 24th March, TK Maxx in Cardiff is hosting a stand-up show with a sizeable difference.

On Monday 20th March an area of the flagship store on the Hayes in Cardiff will be transformed into the world’s smallest comedy club.

The pop-up may be small in size but it promises big laughs, with Bristol comedian Mark Olver taking to the stage to have shoppers rolling in the aisles.

Come along to the TK Maxx store between 12.30pm and 2.30pm on Monday for a bite-sized burst of comedy to liven up your lunchbreak.

Mark Olver is a seasoned stand-up and television warm-up artist who has worked on comedy favourites such as 8 Out Of 10 Cats, Have I Got News For You and The Jonathan Ross Show. He regularly comperes and performs at comedy clubs across the country and has supported Lee Mack and fellow Bristolian Russell Howard on tour.

Mark Olver said, “This year’s Red Nose Day is all about making your laugh matter and this mini gig goes to show that you really can find comedy in the most unexpected of places. I want to encourage as many people as possible to get involved and fundraise. Whatever you do, big or small, the money raised helps Comic Relief to change lives across Wales, the UK and some of the world’s poorest communities.’ 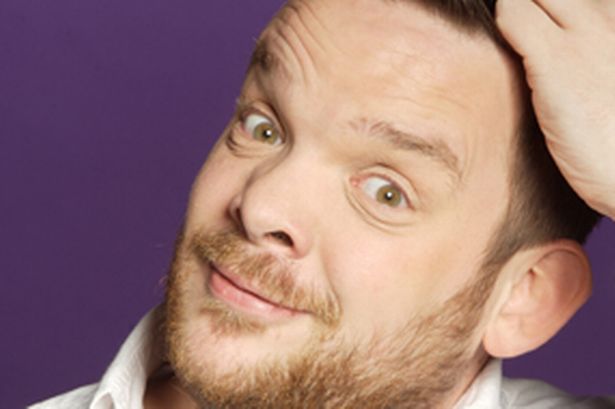 Last time around, in 2015, the generous people of Wales raised and donated more than £1.3million. This money has been hard at work in the local area, with 134 projects funded across the country. Comic Relief is calling on Welsh fundraisers to make their laughs matter and help change lives.

Find out how you can get involved at rednoseday.com. And look the part in one of the limited edition Red Nose Day official T-Shirts available in TK Maxx stores, tkmaxx.com and rednoseday.com. The t-shirts, created by renowned photographer Rankin, feature a selection of unique, quirky and quintessentially British animal portraits including Coco the Cat, Bertie the Bunny and Albert the Bulldog.