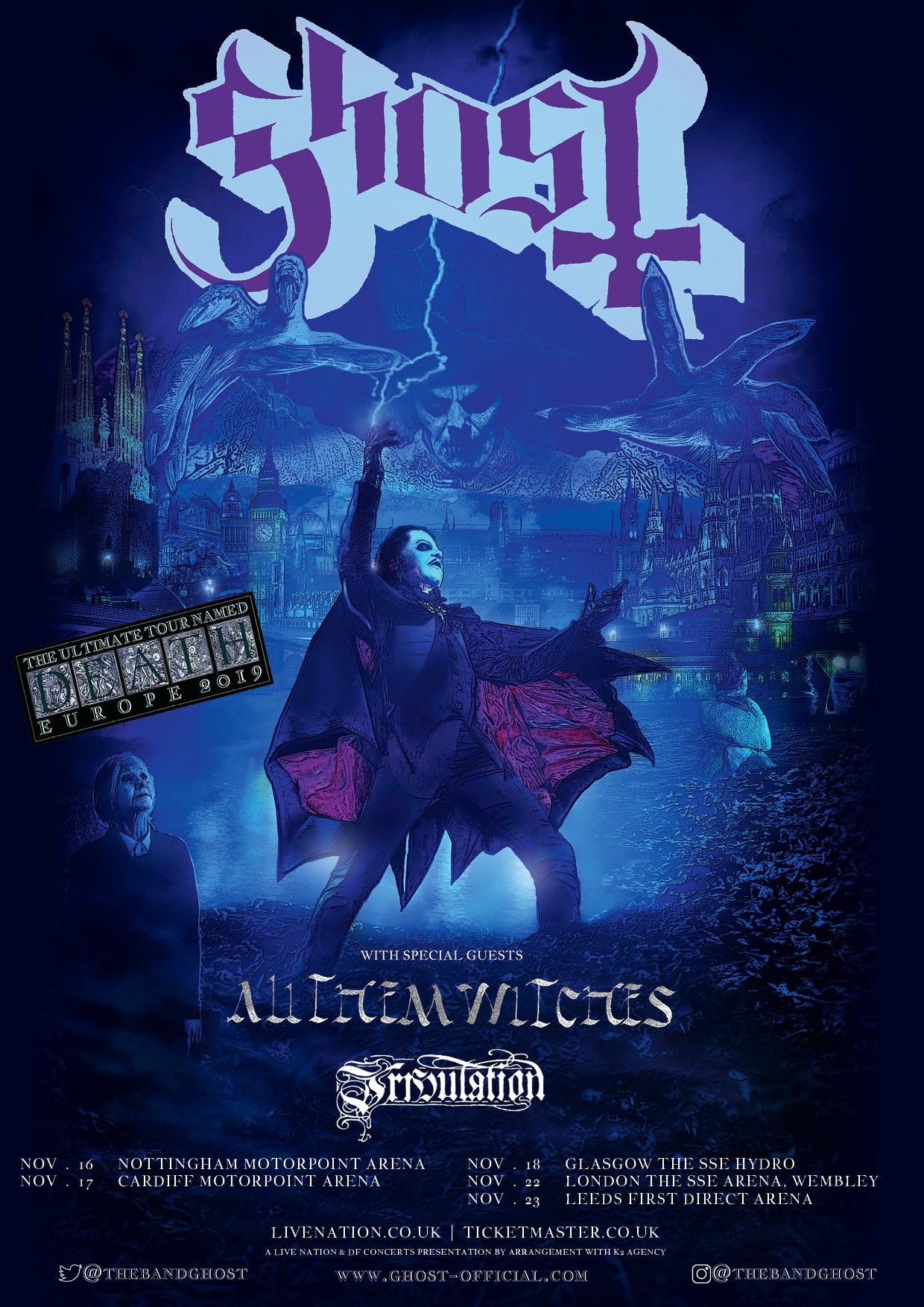 TICKETS ON SALE FRIDAY 12 JULY AT 10AM

LONDON, U.K. (Monday 8 July 2019) Following the coveted Special Guest slot on Metallica’s 26-date summer European stadium tour “WorldWired,” and a 32-date Fall headline arena tour of North America, Ghost will bring its “Ultimate Tour Named Death” to European arenas starting November 16 at the Motorpoint Arena in Nottingham, England. The company will travel across the UK and Europe over a five-week period culminating in Toulouse, France on December 19.  Ticket go on general sale on Friday 12 July at 10am https://www.livenation.co.uk/

All Them Witches and Tribulation will support on all dates. Limited VIP packages will be available. Log on to http://ghost-official.com for all ticketing and VIP information.

The tour is in support of Ghost’s critically-acclaimed album Prequelle that earned Top 10 status in 15 countries, received a Best Rock Album GRAMMY nomination in the U.S., a Swedish Grammis nomination as Best Hard Rock/Metal Record of the Year, and was named Best Album of 2018 in Kerrang!, Revolver, and Metal Hammer, with Kerrang! readers themselves echoing this sentiment, voting Prequelle winner of Best Album at the annual Kerrang! Awards ceremony held in central London just last month.

With more dates to be announced, the UK itinerary for Ghost’s “The Ultimate Tour Named Death” is as follows:

Meanwhile, album track ‘Faith’ is currently A-listed at both Kerrang! and Planet Rock radio – the third single in row to make A-List across both stations.