Could you give fresh hope to an injured greyhound? 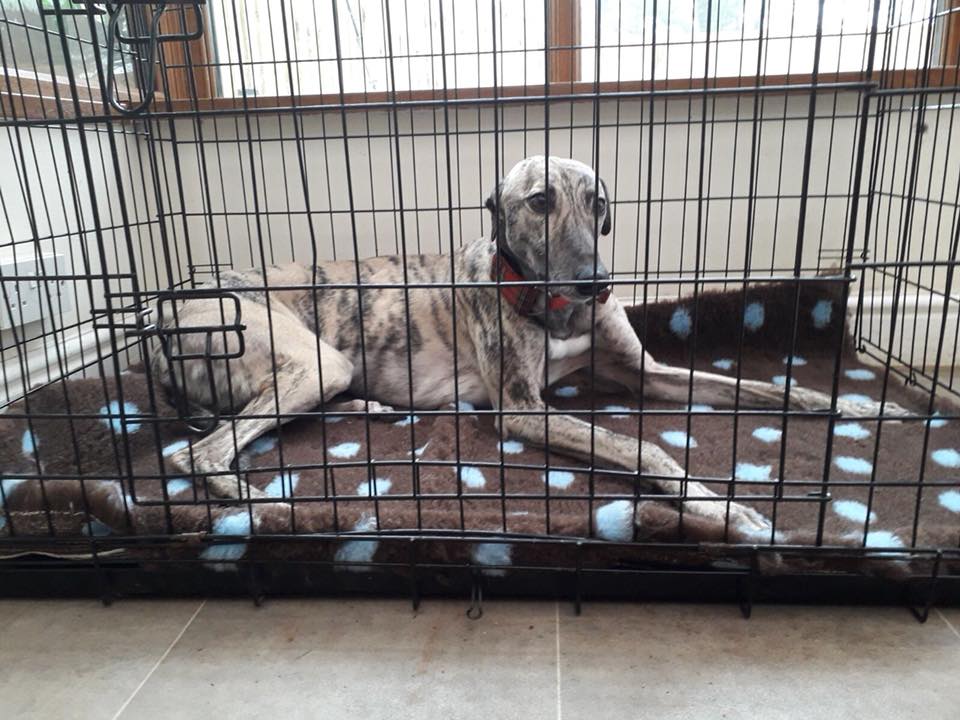 Canine fosterers are urgently needed to care for former racing greyhounds and lurchers who have been given a last chance at life by a special rescue scheme.

Greyhound Rescue Wales is appealing for animal lovers across Wales to help care for dogs saved by its ‘Last Hope’ fund. Last Hope pays for life-saving treatment for ex-racers with injuries who would otherwise face being put to sleep – but fosterers are desperately needed to then help rehabilitate these lovely creatures before they find their forever homes as companion animals.

Every year, GRW welcomes about 100 greyhounds and lurchers to its Hillcrest re-homing centre in Ammanford, where they are rigorously assessed and matched with the right home for their personality. Sadly, many have sustained injuries on the track or have been abandoned in dire circumstances.

Due to the number of dogs in GRW’s care and the extra TLC needed by Last Hope dogs while they recover from treatment, the organisation is looking for new volunteers with the space and time to bring these dogs back to health. The care usually involves making sure the dogs do not over-exercise while a fracture is healing, and trips to the vets for regular check-ups. Support from experienced staff and volunteers is given and all expenses paid.

Last Hope was the name of a greyhound left for dead on a mountainside in the Rhymney Valley in 2004. He was discovered by a walker, lying on a heap of litter with his ears cut off and a hole in his forehead, and was later humanely destroyed. Determined to create a positive legacy from such cruelty, GRW established the Last Hope Fund in his memory and launched an annual fundraising walk to help rescue, treat and rehome greyhounds and lurchers in similarly desperate circumstances.

One greyhound to be saved from a certain death by Last Hope is one-year-old Maude, a former racer adopted by Magdalena Gryczmanska of Carmarthenshire, in August. Maude arrived at Hillcrest suffering from a hock fracture – probably the reason she had been marked for disposal – but, thanks to the fund, she was treated at St James’ Vets in Swansea, where the joint was fused using a bone graft from her shoulder.

After a week at St James’, Maude, whose leg will never be completely flexible, was able to fully recuperate with the love and care of a wonderful foster family before finding her forever home. Magdalena says: “I don’t think the people who left her walking with a broken leg taught her to trust easily but, since she’s been rescued, she’s been treated with kindness and love. Maudie is now a happy, resilient girl who adores people, and I don’t think we can overestimate the role of her foster carers in this. She is recovering well, loves her walks and is finding that the world around her is full of lovely surprises – she just loves life!’

GRW founder Alain Thomas says: “The Last Hope scheme is unique to Greyhound Rescue Wales. It is a big commitment to take in substantial numbers of injured dogs because we know that each dog is going to cost us about £1,500 in vets’ fees and will then need up to 12 weeks’ care and attention. So far, we have not turned an injured dog away and we want to be able to keep saying ‘yes’, but to do so we desperately need some new foster carers to come forward.”

To find out more about Last Hope and the difference it makes, email [email protected] or call GRW’s national helpline on 0300 0123 999.