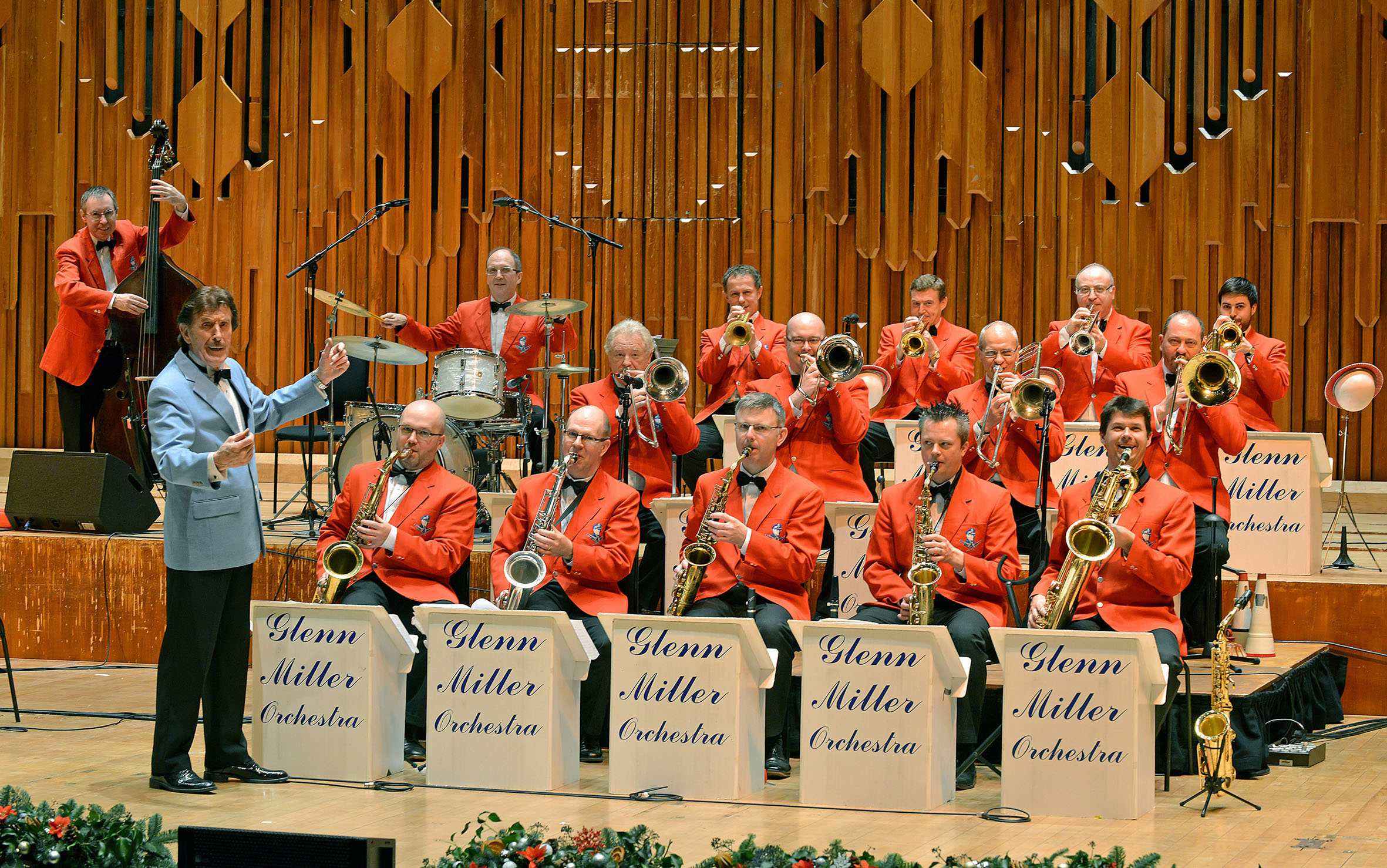 Venues across the UK will be swinging to the very best of big band sounds as the Glenn Miller Orchestra announces UK dates for the autumn.

The Glenn Miller Orchestra roll back the years with much loved hits such as ‘Moonlight Serenade’, ‘American Patrol’, ‘Tuxedo Junction’, ‘Little Brown Jug’, ‘Pennsylvania 6-5000’, ‘Chattanooga Choo Choo’ and ‘In The Mood’, all of which helped establish Glenn Miller as the most celebrated big band leader of the twentieth century.

Veteran band-leader Ray McVay has led the UK’s Glenn Miller Orchestra since 1988 and the band have developed a devoted following. Through an arrangement with Glenn Miller Productions in New York, Ray has put together an orchestra whereby the exact stage line-up devised by Glenn has been maintained. Consisting of the leader, five saxophones, four trumpets, four trombones and three rhythm this has ensured the performance stays true to the sound and style of Glenn Miller’s original arrangements. The orchestra will perform the second half of the concert in the World War II uniforms of the United States Army Air Force. The performance will also include a special tribute to the 75th Anniversary of D-Day.