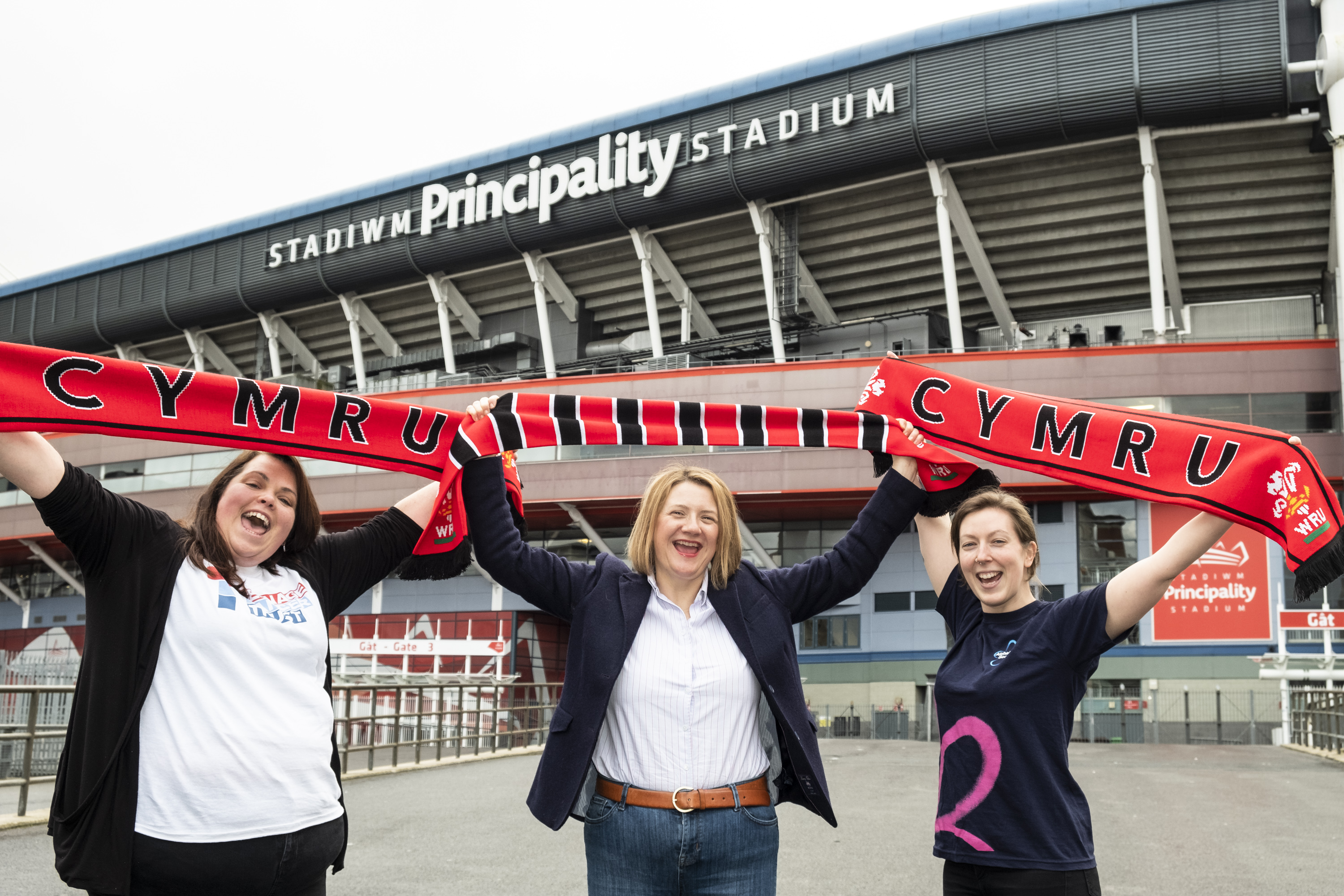 Principality Building Society will donate £50,000 to two Welsh charities thanks to Wales’ Grand Slam win at the Guinness Six Nations.

Wales’ largest building society is donating a maximum of £50,000 to be split evenly between Alzheimer’s Society Cymru and Teenage Cancer Trust Cymru, after it pledged to donate £10,000 for every game Wales won.

Julie-Ann Haines, Chief Customer Officer at Principality Building Society, said: “It was an unforgettable Six Nations tournament and as huge fans of rugby we were so happy to see Wales lift the trophy at Principality Stadium. But even more so as it means our charity partners will now receive the maximum donation possible, providing vital support for people who need it. I’m sure we’ll be reminiscing about this Six Nations for many months to come.”

Throughout the Guinness Six Nations, Principality gave away 256 tickets to its Members to watch Wales’ two home games at Principality Stadium thanks to its ongoing partnership with the WRU.

Debbie Jones, Teenage Cancer Trust Cymru’s regional fundraising manager, South Wales, said: “To say we’re delighted with the outcome of this year’s Six Nations is a huge understatement. Not only did the Welsh team do us proud with securing a Grand Slam, but better than that it meant that because of the incredible generosity of our friends at Principality Building Society our charity partnership got off to an amazing start. Donations of this size are life changing. It will enable us to get that step closer to reaching 100% of the young people with cancer in Wales who need our support.”

Stacey Hawdon, Senior Regional Corporate Partnerships Executive for Alzheimer’s Society Cymru, said: “We are so thrilled with the remarkable result of the 2019 Six Nations and Principality Building Society’s generous donation which will transform the lives of so many people living with dementia. Too many are facing dementia alone and we urgently need to improve care, offer help and understanding and find new treatments for people affected. Alzheimer’s Society Cymru is urging everyone to join Principality Building Society’s lead and come together and unite against dementia.”