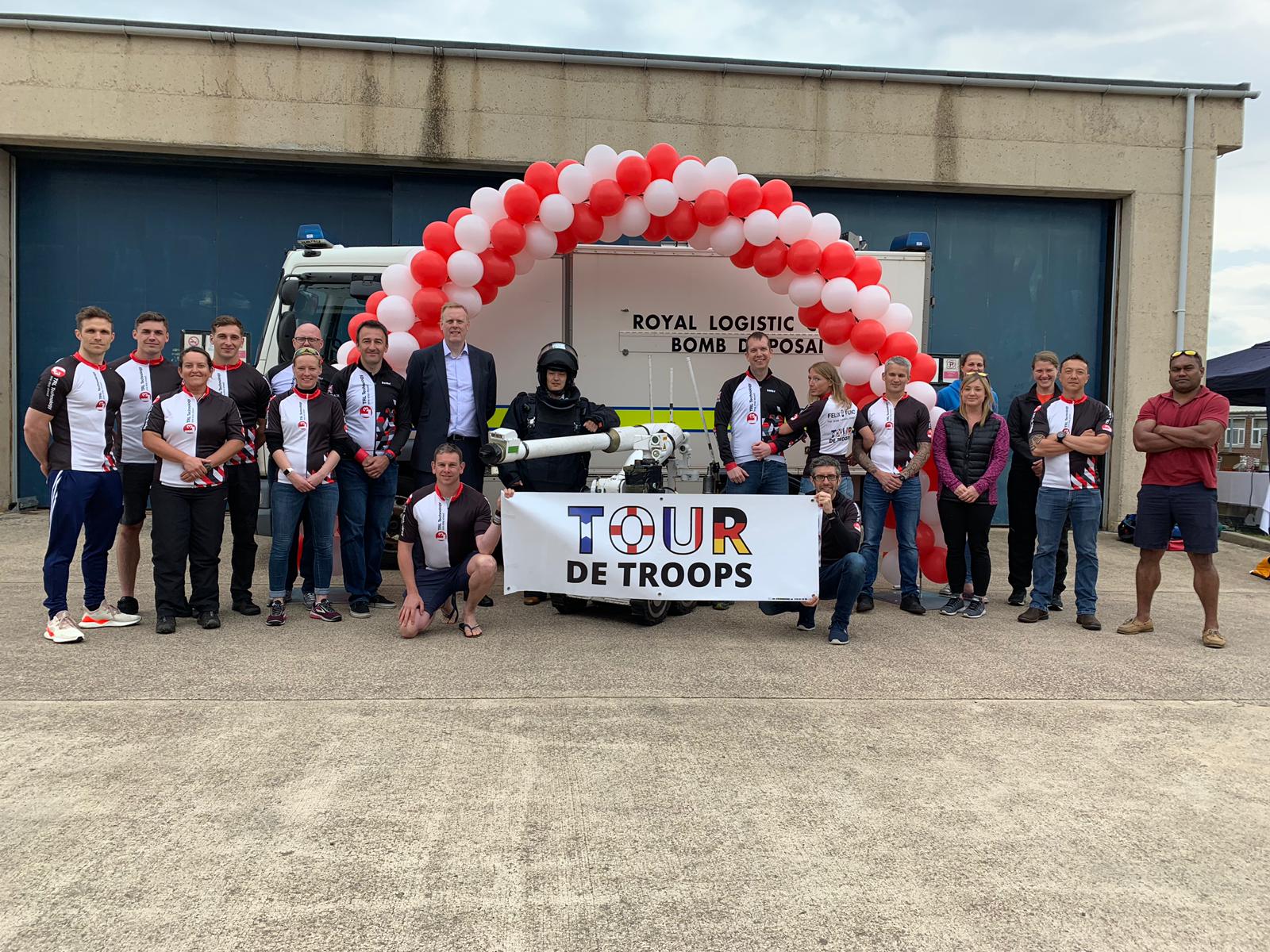 Tour de Troops The Castles 2019, raised £8,264 for the Felix Fund, the charity which helps bomb disposal and search personnel and their families. Cyclists took on a mammoth 570-mile (900 km) bike ride from Edinburgh to Cardiff in June 2019. The ride took in three of the UK’s most significant castles.

For the second year running, defence and cyber security company, L3 TRL Technology, based in Tewkesbury, were the lead sponsor of the grueling fund-raising charity challenge for cyclists.

“The Felix Fund helps bomb disposal and search personnel and their families. It is such an important charity. And one which is extremely close to my heart, having seen first-hand the amazing work that it does.” said Captain James Wadsworth, founder of Tour de Troops The Castles. Capt. Wadsworth joined the army in 1995, worked in the Explosive Ordnance Disposal (EOD) unit and served in dangerous postings in Northern Ireland, Iraq and Afghanistan.

Richard Flitton, Vice President and General Manager, L3 TRL said: “This is such a worthwhile charity, and to show our commitment to helping raise funds for the Tour de Troops Castles 2019.”

Richard continued, “L3 TRL’s continued sponsorship of the Tour de Troops allows us to acknowledge the enormous sacrifices made, and risks taken, by bomb-disposal and search personnel in order to keep us all from harm”

L3 TRL had a team of five cyclists who also took part in the challenge.

Melanie Moughton, CEO of Felix Fund, said, “I’m elated that so much money has been raised. Almost everyday, bomb disposal and search personnel deal with highly pressured situations. This continued exposure to intense stress can have lasting effects, both physical and mental. Felix Fund aims to assist with the well-being of individuals within the Explosive Ordnance Disposal (EOD) and Search community.”

This year, a special reception party greeted riders as they crossed the finishing line, and they enjoyed performances from the Welsh Male Voice Choir, plus a three-course dinner.

There is still time to donate to this challenge: https://www.justgiving.com/fundraising/tourdetroops