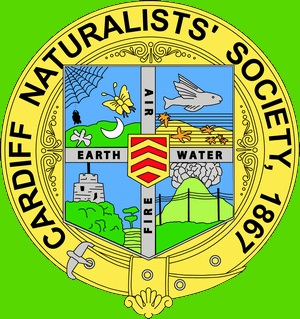 The Cardiff Naturalists’ Society is currently celebrating it’s 150th Anniversary and we find ourselves looking at our history and considering how things repeat if people do not change their habits to secure the natural world and a sad tale about impact on our financial plans to share environmental talks with the people of Cardiff.

Saving the sea’s from pollution
Many have watched with awe the wonderful pictures and stories told in Sir David
Attenborough’s wonderful new series Blue Planet II and no-one could fail to be moved by the sad pictures of the creatures who were entangled with it (see
http://www.bbc.co.uk/newsbeat/article/42030979/blue-planet-2-how-plastic-is-slowly-killing-oursea-creatures-fish-and-birds)

Sadly, many are failing to learn from history that such behaviours as simply dumping things into the sea are reprehensible as this type of behaviour was being condemned more than 100 years ago.

Whilst we are now most concerned about plastics, one of our former president’s G E Robinson wrote in 1909 that the standard wisdom for dumping sewage was: –
“The official advice is that when a seaboard town has carried its sewage out to deep water it has done all which can be reasonably expected of it. This is notwithstanding innumerable protests by practical and scientific men.”

He did a series of studies on the river Ogmore, at that time the river was virtually an open sewer, polluted to an extraordinary degree. He found that despite the high tides in the estuary…
“Clearly the sewage does not go out to sea, but ACCUMULATES UPON THE SHORES near its outlet.”

He was actively campaigning for sewage treatment (which thankfully we do now) but it is now common to see vast amounts of plastic waste being carried down our welsh rivers and Cardiff harbour Authority have reported: –
“430 tonnes of rubbish and natural debris is collected from the waters of Cardiff Bay each year by the Harbourmaster and environmental teams, including items such as tyres, plastic bottles, wooden pallets and beer barrels.”

At this time of year it is generally a pleasure to take a walk along a nice riverbank as we will be doing next Sunday on our annual birdwatch, However we know we will see some environmental problems even before we set out. If you look in the trees on most of our riverbanks at this time of year it is a sad sight with plastic dripping from the bare, low branches, and we would encourage everyone to think carefully about anything that they are about to throw away, and ensure that it done in a sustainable way that does not pollute our natural world.

Who took the takings?
Sadly, this is another take of history repeating itself.
It is recorded in our transactions: –
In 1871, the Society fell upon evil times, the society had employed as Collector of the subscriptions a certain Mr. Buckley, who in the end absconded, failing to pay over to the Treasurer a sum of £ 27.00 (about £2300 in today’s money) The Society was thus rendered almost insolvent, and the number of members became much reduced.

This year we were lucky enough to have Iolo Williams speak to us at an event that we organized at the National Museum of Wales. This was to be an initial event which we hoped would be selffunding and a springboard to bring further big name wildlife speakers to Cardiff. We were able to undertake this because the event was underwritten by a bequest we had from Dr Mary Gillham who also left an incredibly valuable scientific archive (see https://marygillhamarchiveproject.com/ )

The bulk of the tickets were sold via Ticketline (see http://www.bbc.co.uk/news/uk-wales-southeast-wales-42097021) and who went into receivership just after our event, and while we still hope there is a positive resolution, there is doubt and a possibility that we will never see the money.

Luckily because we had the bequest from Dr Gillham we are not rendered insolvent this time around, but it is sad that we will have to think a lot more carefully about the staging of such events without those reserves.

On the positive side we will still have our usual programme of talks that continue through the spring and we will also have a number of outdoor events starting with our annual Cardiff Birdwatch on January the 7th 2018 https://www.facebook.com/events/1550364411699592/