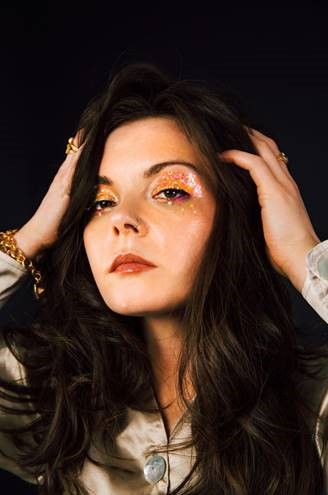 Honeyblood have today shared ‘She’s A Nightmare’, the latest single & video from their upcoming third album ‘In Plain Sight’ – out 24 May on their new label home, Marathon Artists. The single was given its radio debut by Shaun Keaveny on BBC Radio 6 Music this week and follows the 6 Music playlisted lead single ‘The Third Degree’ which arrived in February.

Recognised as one of the hardest working bands in the country, Honeyblood have also announced their ‘No Drama’ UK tour, visiting lesser-toured towns & cities across the country with a huge run of 46 x full band and indie record shop in-store gigs, shows starting 30 April running through spring & summer 2019. The all-new full live line-up are also preparing for their biggest London headline show to date – a Halloween bonanza at Electric Brixton on 31 October. Honeyblood will be joined by Coventry’s complex indie-rockers FEET on the first leg of the tour, with fellow Glaswegians LUCIA picking up the support slot from Aberdeen’s The Lemon Tree (31 May) onwards. Tickets for all shows are available HERE. The band have also recently announced news of main stage festival appearances at both Latitude and Citadel this summer.

The Ashley Rommelrath-directed video for ‘She’s A Nightmare’ was shot on location at one of London’s most extraordinary, exclusive and haunting venues, Simon Drake’s House of Magic. Built over 20 years ago by prominent world-renowned magician Simon Drake; he has since established an outlandish hub of entertainment and creativity whilst keeping it shrouded in mystery. The mansion is rarely open to the public and is crammed with fascinating curiosities, collections of haunted memorabilia and automata collected and made by Drake himself. The perfect setting then for ‘She’s A Nightmare’.

Explaining the motivations behind ‘She’s A Nightmare’ and its brilliant accompanying video, Honeyblood’s Stina Tweeddale said, “After months of touring my last album Babes Never Die, I finally came home to rest and developed increasingly vivid and frightening night terrors. At one point they were a weekly occurrence – the same figure would visit me each time hell-bent on either strangling or just plain scaring me to death!”

That very same ghostly figure features heavily in the track’s video – a grisly, contorted woman brought into being during a seance with Tweeddale and friends. Tweeddale continues, “After learning much more about how night terrors are manifested, I was intrigued to learn that the brain cannot conjure a face out of nothing. The woman who visits me in my dreams was a real person I have seen while I’ve been awake. I wrote ‘She’s A Nightmare’ about our strange relationship and however frightening, I am absolutely captivated by her.”

Honeyblood’s new album sees Stina Tweeddale finding her most ambitious form and steely focus yet. Three albums in she has stepped forward to claim the project she created seven years ago as her sole vision.

Full of big, bold, songwriting and no longer content to be tied to one limited genre, In Plain Sight is woven with mysterious themes of illusion and deception; Tweeddale describes the album as “one big trick”. Being hoodwinked never felt so exciting. Echoing that sentiment, for the album’s stunning artwork, Tweeddale researched optical illusionists and met Peruvian visual artist Cecilia Parades, who eventually agreed to painstakingly paint her into the ornate fabrics seen on the cover across two eight-hour sittings.

Tweeddale takes the reins in collaboration with super-producer John Congleton (Angel Olsen, St Vincent, Sharon Van Etten) for the most definitive Honeyblood LP to date – as sonically gung-ho as peak era Garbage, or the modern day likes of St Vincent – consolidating the Glasgow-born band as one of the most important names in UK indie.

In Plain Sight is out on 24 May 2019 via Marathon Artists and is available to pre-order now as download, CD and LP via www.honeyblood.co.uk.

Fans can catch Honeyblood live at