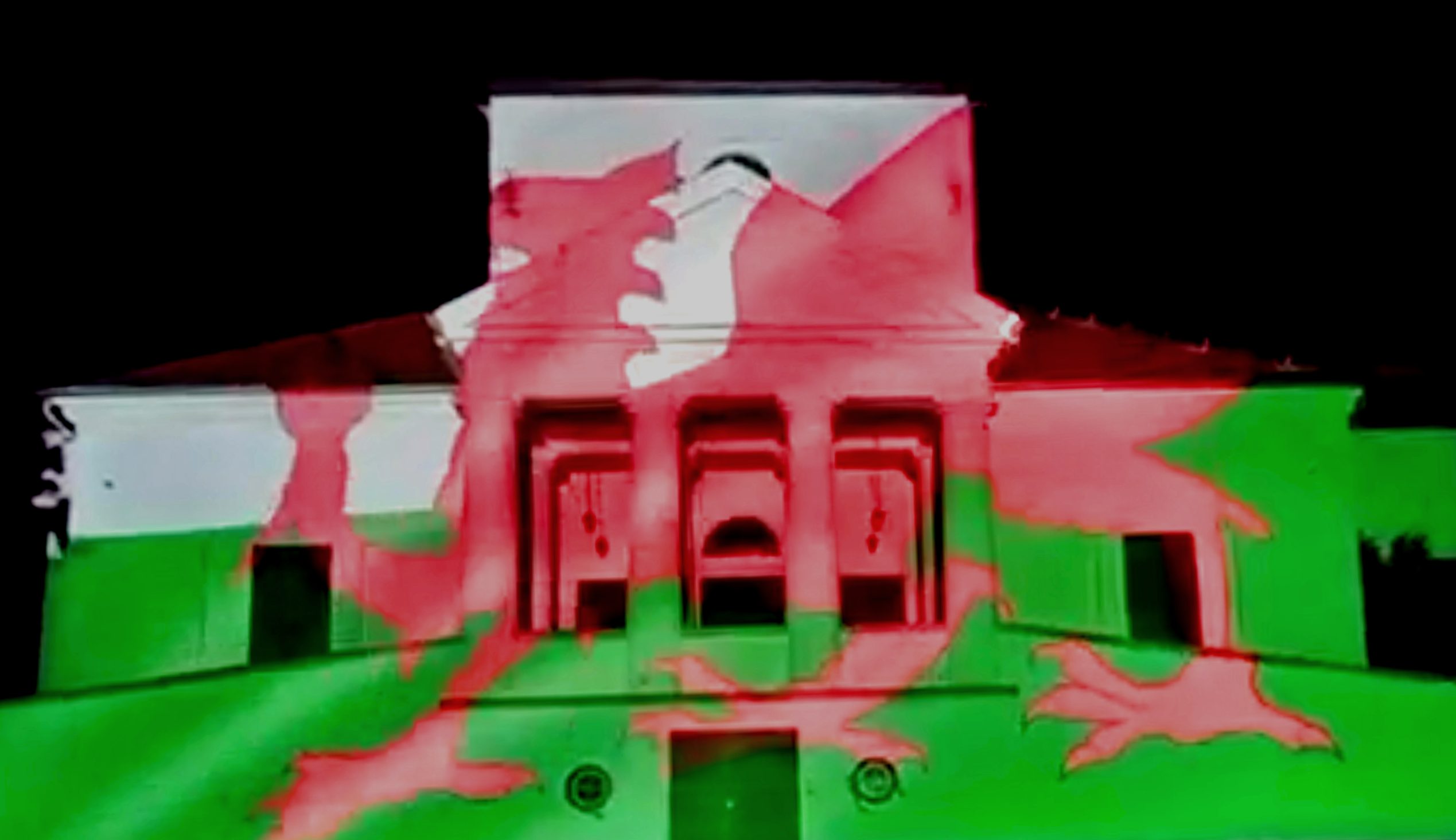 The Welsh flag was seen projected onto a remote Hungarian castle for St David’s Day, as locals celebrated their growing friendship with Wales.

A video released this morning by Welsh-Hungarian cultural initiative Magyar Cymru shows the picturesque Bréda Castle in southeast Hungary lit up in the colours of ‘Y Draig Goch’, as the sound of the Welsh national anthem fills the nearby woodlands.

While COVID-19 restrictions meant no audience could be present to see their beloved castle basking in Welsh colours for the first time, the historic Bréda Castle was keen to send a message to their far-away friends as they prepared to celebrate the most important day in their culture.

“We wanted to send a message to our Welsh friends as they mark St David’s Day in an undoubtedly difficult year. We’d like everyone in Wales to know that there’s a place, in Hungary, where people have such admiration for their culture – and where they are always welcome!

“Located in a remote part of the Great Hungarian Plain, close to the Romanian border, Bréda Castle is best known as Europe’s first permanent projection mapping installation – and so it gave locals the perfect opportunity to send their best wishes to Wales from afar.”

The heartfelt gesture was inspired by the people of nearby Kunágota – branded Hungary’s “Welshest” village – who have grown fond of Wales ever since Elizabeth, a Kunágota-born classical singer, returned to her roots from Cardiff and introduced Welsh hymns to the community a few years ago.

More recently, Kunágota has been exchanging video messages and symbolic gifts with the town of Montgomery in Mid Wales – a town with literary links to Hungary – while news of the village’s Welsh-Hungarian concerts have spread across Békés County.

Meanwhile, local children and adults spent St David’s Day weekend learning all about the Welsh culture, as the WHCA distributed Hungarian-language posters in the community to the delight of its Wales-loving residents.

The activities formed part of the inaugural Wales Week Hungary programme, launched by WHCA as early as 22nd February to showcase the best of Wales to Hungarians on social media.

“We were inspired by St David’s well-known maxim: ‘Gwnewch y pethau bychain’ or ‘Do the little things.’ For this reason, we are sharing small acts of love and kindness from Hungarian individuals and organisations this year – including children’s performances and a daffodil-themed painting by Kunágota-born Klára Gyömbér.”

The programme features a range of Welsh-Hungarian music performances, blogs, recipes and videos – supported by more Welsh-themed digital content from the likes of the British Embassy in Budapest, the Welsh Government and Hungarian businesses across Wales.

In the coming days, Magyar Cymru is set to reveal a number of music performances, including the premiere of ‘St David’s Mystery’ – a piece written specifically for the occasion by Hungarian-origin French composer George Gondard.

Adrian Partington, Director of the BBC National Chorus of Wales and member of the WHCA committee, will perform the piece on organ at Gloucester Cathedral. The special performance will be followed by a recital on flute by talented Békés County flautist Emma Győri-Dani, in the city of Orosháza.

Other performers will include organist István Sipos – whose earlier performance of Cwm Rhondda at a Hungarian village church was well-received by the Welsh audience – and young violinists from the Hungarian-inspired Kodály Violin School in Llandybie, Carmarthenshire.

“It’s fantastic to see Hungary joining our ever-growing list of international Wales Week programmes this year, to celebrate Wales’ cultural heritage and help us generate a great load of Welsh noise around the time of St David’s Day.

“We’re hugely grateful to organisations like the Welsh-Hungarian Cultural Association, who work with us in delivering these international events – they do so in their own time, for their love of Wales and for their desire to promote a modern Wales to the rest of the world.”

The WHCA also supports the Welsh Government’s four-day digital Gŵyl Dewi festival, as well as virtual activities by Wales Arts International, which has even published a version of its campaign video tailored to a Hungarian-speaking audience.

Those wanting to keep up to date with Wales Week Hungary can do so via the event’s Twitter feed (@walesweekhu) or the WHCA’s interactive content wall.