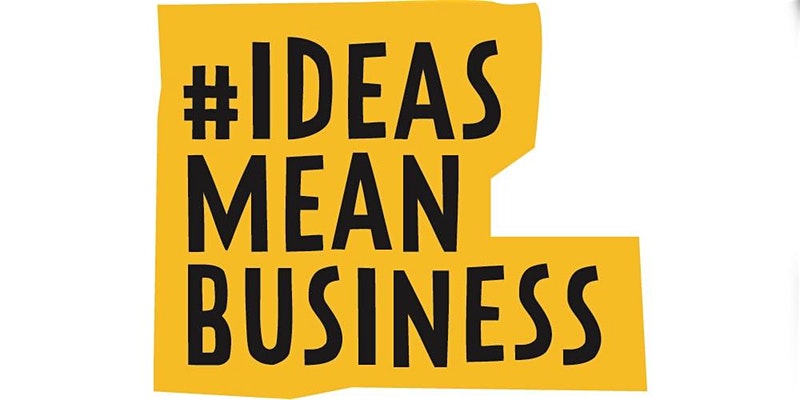 Millions of budding ‘innovators’ think they have a great idea – but nearly half don’t think they could actually make it a reality. Nearly ½ of young people think their age is a barrier to business success, while less than a third of people over 45 feel the same.

Research polling 2,000 UK adults found more than one in 10 have had a great idea they think they could make a fortune from, with 40% of young people claiming to have an innovative idea to make a business from. However, four in 10 Brits agreed it can be more difficult setting up a ‘non-traditional’ business model, and several barriers prevent them from doing anything about their great idea.

Nearly half said they don’t have the money, while 18% don’t feel they have the right networking opportunities to kick-start a big idea. With 3 in 10 lacking the confidence to get their idea off the ground, it’s evident that there are barriers that need overcoming.

Nearly one in 10 believe their ethnicity would hold them back, and an equal percentage think their gender could be a factor in preventing them from being successful with their plan. In addition, two-fifths agreed age is a barrier to business success, and nearly a fifth think their age is what is holding them back from launching an innovative business.

The research revealed there is a much higher proportion of potential entrepreneurs among younger generations, as two-fifths of 18 to 24-year olds think they have an innovative business idea.

As many as a quarter of young adults have been inspired by the success of local entrepreneurs to follow their passion and aspire to build their own business. While three in 10 have been influenced by their own family’s success. Additional factors holding young people back from launching a new business idea include their education, lack of business acumen and their age.

It also emerged six in 10 of those with a great idea even intend on starting their project in the next five years, as they feel they’ve identified a real gap in the market and problem to solve. However well over half of 18-24-year-olds admitted they do not know where to go locally for help and support in turning their idea into a reality.

Of those who reckon they have a great idea, over ¼ believe their concept could solve safety and security challenges while the same think their proposal could tackle climate change.

1 in 4 young people find happiness the most important factor in work life. They are so optimistic, that if they had the support to kick start their idea or the support to fund it, 45% believe they could make it into a national business. And a fifth believe their concept has the potential to be a household name in the UK.

The study also explored perceptions about the most game-changing innovations of the last 10 years, with mobile technology coming out on top across all ages. Within the top 10 were contactless payments, social media, 3D printing and even Netflix, bringing no surprises!

But reasons for any failed attempts aren’t just down to high taxation rates and lack of finances, as 16% cite poor decision making as a reason for their previous business failing.

For the young people who admitted they had already tried and failed to start a new business, nearly a third said it was because of a lack of experience and financial backing, whilst older people confess to poor decisions. These poor decisions are perhaps what has led to 1 in 5 young people acknowledging they have been inspired in their own working life through learning from others’ mistakes. The research, conducted via OnePoll, found 45% agreed determination is the most essential behaviour to have if trying to make an innovative idea a success, with 35% also citing ambition as a key way of thinking.

Tenacity, creativity and confidence also featured as traits a budding entrepreneur should have, however, all ages agree determination is the key behaviour to be successful in business.

Ian Campbell, Interim Executive Chair, Innovate UK, which commissioned the research, said: “Just having a great idea doesn’t necessarily guarantee success. We know that there are many challenges that can get in the way of new business ideas – especially when it comes to young innovators who, of all the ages groups polled, had the strongest belief they could make their innovative business into a reality.

Our study shows there are plenty of creative people out there with potentially game-changing ideas, but to launch it in the first place is the main challenge.

As part of UK Research and Innovation, Innovate UK along with our partners The Prince’s Trust, want to give inspiring young entrepreneurs the opportunity to take their business idea to the next level through our young innovators programme and #IdeasMeanBusiness campaign.”

Ben Marson, Director of Partnerships at The Prince’s Trust, who work in partnership with Innovate UK explains the value of the young innovators programme: “At The Prince’s Trust we believe that every young person, no matter their background, should have the chance to thrive in work. We know the immense potential and entrepreneurial spirit of UK young people but not everyone has the opportunity to turn their ideas into reality. Working with partners like Innovate UK on the Young Innovators initiative allows us to encourage and enable entrepreneurship and innovation among more young people and bring diverse ideas and businesses into the economy.”

Top 10 most successful innovations in the last 10 years – according to Brits:

Innovate UK drives productivity and economic growth by supporting businesses to develop and realise the potential of new ideas. It connects businesses to the partners, customers and investors that can help them turn ideas into commercially successful products and services and business growth.  They fund business and research collaborations to accelerate innovation and drive business investment into R&D.  Support is available to businesses across all economic sectors, value chains and UK regions.