Inspirational Diana beats all the odds to graduate from Cardiff University

A young woman who has battled serious illness, severe financial problems and life in a women’s refuge has graduated from Cardiff University with a law degree.

Diana Isajeva from Pontypridd and now living in Barry, was referred to Action for Children’s Rhondda Cynon Taf (RCT) youth support service after a number of problems threatened to seriously derail her life.  She achieved an upper class second degree (2:1) and was presented with her certificate at a ceremony in St David’s Hall, Cardiff on Tuesday 12th July. 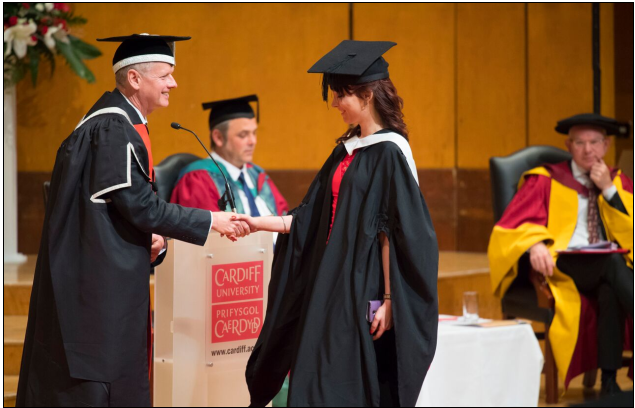 Diana, 22, said:  “I’m absolutely thrilled to graduate, it’s an emotional moment for me after all I’ve been through. It wasn’t long ago I was on a life support machine with my kidneys, heart and lungs failing so to walk up on stage and receive my degree is just wonderful.

“Diane Evans, my support worker from Action for Children has done so much for me that I genuinely wouldn’t be here now without her.  She helped me with severe debt problems before I went to university and she came to my rescue again when I became seriously ill with Lupus and lost my part-time job.  Diane sorted out all my benefits and arranged a year out so I could concentrate on my health.  My health improved and the brilliant support she gave me has helped me graduate and have so much to look forward to.” 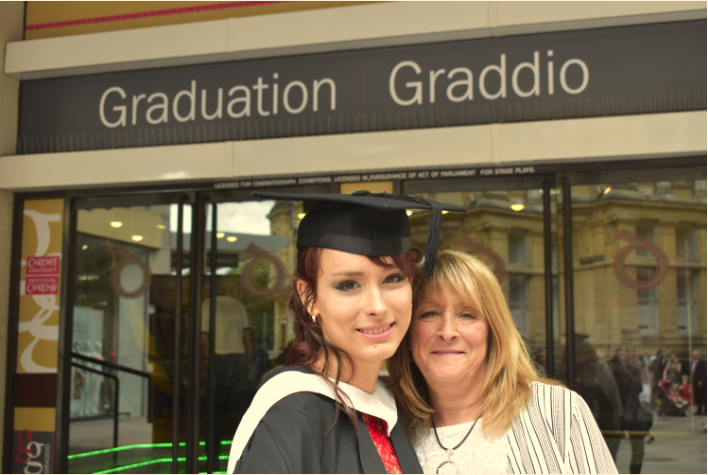 Diane Evans said; “We never give up on children and young people, they are central to everything we do and I’m so proud of Diana.  She truly is an inspirational woman and has faced some enormous challenges in her young life.  She was living in a women’s refuge when she was first referred to us and in all sorts of financial trouble.  With our help, she confronted these problems head on and began to flourish in school and we stayed in touch.

“When she became seriously ill in university, I was only too happy to help her again and to see her graduate in such style is fantastic.  She is so positive and active that she can go on to achieve anything she wants and I will always be there for her.  This is a wonderful moment for her and a privilege for me to share the experience with her.”