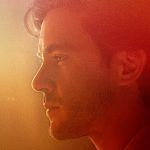 Our entertainment columnist Carl Marsh recently interviewed singing and songwriting star Jack Savoretti, who has released a new album, and played a one off gig in Cardiff last month.

Carl Marsh:  Would you call yourself a storyteller more so than a songwriter?

Jack Savoretti:  Absolutely! That’s probably why I’ve never had a hit (record) because I think the story is more important than the hook. I put the story first. Some songwriters are hunting for hooks, and there are songwriters that are hunting for stories. I prefer the story. I have tremendous respect and envy guys who can write amazing hooks but what comes naturally to me is storytelling.

There must be still some mystery left to what makes a song special?

There is a huge mystery. I can’t answer it, and I don’t know that anybody can answer it. I want to look back and see that I made good albums, rather than focus tremendously on that I had one song, that everybody knew. Since I set out, I’ve always said that I just want to leave a trail of good albums. I really care about the album; I still care about the concept of an album.

Do you still like it when your music is used in films and on TV?

I love that because it allows your music to connect with an audience that you would otherwise not get a chance to connect with. I want my music to be heard. God forbid, I am not trying to keep it for me. I love that people hear my music. The best feeling about this job is when music connects, not necessarily when music sells. That helps, but it is about that connection, that’s when you get the buzz.

Your new album, ‘Singing to Strangers’, where did you get the album title from for that?

It was something that my daughter said when one of her friends was asking what her dad does. She said, “I don’t know; he goes around the world singing to strangers.” And I just thought this was a wonderfully ‘simple’ way of describing what I do, and I kind of lost sight of it, and I just realised at the end of the day that is my job. So she nailed describing my job.

When did you discover that you could sing?

Yeah, it is a weird one as I was talking about this yesterday with a friend of mine that I haven’t seen since high school. He reminded me of pretty much the exact incident when I discovered that I could sing.

How old were you then?

I must have been about 14. I was on a school trip to Florence, and the movie Sister Act 2 had just come out, and there is this wonderful scene in the movie where this kid sings Oh Happy Day. There were some girls on the school trip singing that song, and I just started singing along, and they stopped singing, and they said to me, “Wow, you can sing.” That was the moment where I was like, “Can I?”, and they said, “Yeah, that was pretty good,” and so I thought ‘that’s cool’ as no-one has ever told me I was good at anything before! So that was the first time I’d ever been acknowledged.

Believe it or not, I was very quiet. I was very shy. I was very short. I was very good at sports up until that point. I was good at football, but the shift and the change were when I realised that I could sing. I discovered on my 15th birthday that my dad had made me a cassette and he had called it Forever Young. On it he had put John Mayer, Kris Kristofferson, Bob Dylan; and I just discovered all these songs. Up until then, music for me had only been about music, entertainment, fun, blah blah blah. Suddenly I found the power of a song, and it was the same year that I brought the Simon & Garfunkel Greatest Hits album, and I will never forget finishing Sound of Silence and feeling like I had just read a novel. Or a movie and only three minutes had passed. With me having a very short attention span, I thought I could get used to this; this is cool!