IRENE AND THE TEAM RAISE OVER £100,000 FOR THE BREAST CENTRE APPEAL 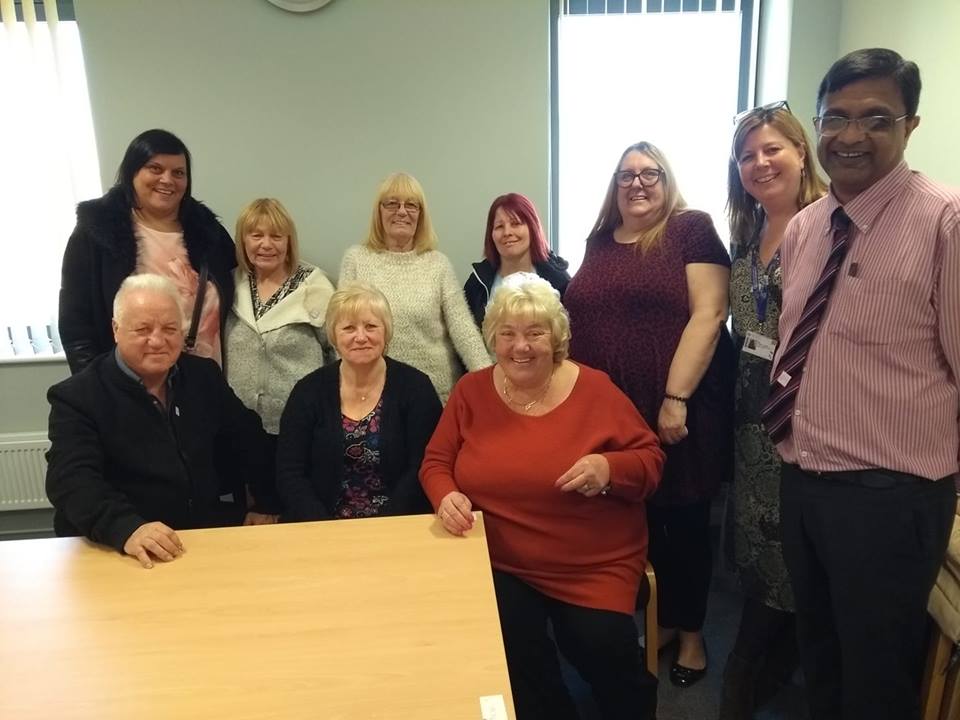 A celebration event was recently held for Irene Hicks and her team of trusty helpers to say thank you for raising over £100,000 for The Breast Centre Appeal.

Irene and the team were invited in for lunch at The Breast Centre, where she was joined by Mr Sumit Goyal, Consultant Breast Surgeon along with Independent Member and Chair of the Charitable Funds Committee, Akmal Hanuk and Peter Welsh, University Hospital Llandough Hospital Manager.

Irene, a loving mother who tragically lost three out of her four sons – including two in just six months – has turned her children’s deaths into an amazing legacy.

Irene and the team run a Facebook page selling pre-loved items called ‘Helping the community and breast cancer’.  The current total raised is £105,000 which increases by the day!

Irene said: “I have to keep going for them.  The boys were so proud of my work and I’ve got the whole community behind me.

“If I didn’t have this I would have cracked up. There’s nothing I can do to get them back so I just keep going.”

Some of the money raised has been used to equip a gym with exercise equipment and a sessional physiotherapist at The Breast Centre in University Hospital Llandough to help ladies going through breast cancer feel fitter, healthier and to give them back their confidence.

Sue Dickson-Davies, Senior Fundraiser for Cardiff & Vale Health Charity said: “I recently had the pleasure of spending an hour with Irene and Jane, sitting in Irene’s beautiful garden surrounded by bags and bags and bags of clothes! Their phones were ‘pinging’ constantly and friends and neighbours were calling to pick up their purchases.

“These ladies work tirelessly by listing, bagging and delivering the items they sell on Facebook raising money for the Breast Centre Appeal.

I’d like to thank Irene and the team for all that they do, all of us here at Cardiff & Vale Health Charity and the Breast Centre Appeal, are so grateful for their continued support.”